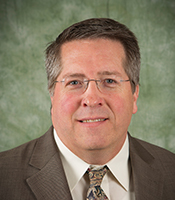 Gary Dromgoole joined Distek, Inc., a New Jersey-based manufacturer of pharmaceutical laboratory instruments with emphasis on tablet dissolution testing and related, recently expanding into the biologics and cell culture single-use bioreactor marketplace. In 1995, he started as a technical sales representative and for more than a decade has been operating as the Mid-Atlantic/Northeast U.S. technical sales manager.

Dromgoole received his bachelor's degree in physics and general sciences secondary education from the State University of New York College at Cortland in 1986. He was raised in the Binghamton area, graduated from Chenango Valley High School in 1981, and moved to New Jersey upon graduation from SUNY Cortland. He has also served as a high school physics teacher in northern New Jersey and as a sales rep and manager in the automotive diagnostic and repair equipment industry.

At Distek, Dromgoole is responsible for all pharmaceutical accounts on the eastern seaboard, spanning from Delaware to Maine, as well as Vermont, New Hampshire and the eastern half of Pennsylvania. His responsibilities include sales, demonstrations, customer technical support, instrument training, sales rep training and regular attendance at key industry trade shows and symposiums.