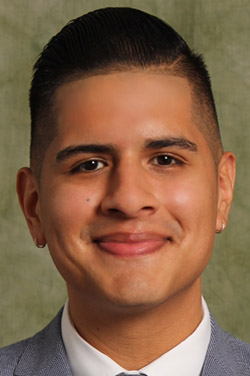 Miguel Baique serves as the assistant dean for Academic Diversity & Inclusive Excellence in the Thomas J. Watson College of Engineering and Applied Science at Binghamton University.  Prior to this current role, Baique served as the Director of Student Engagement & Inclusion at SUNY Genesee Community College.

Holding multiple minoritized identities (e.g., low-SES background, first-generation Latino), Baique knew early on in his post-secondary career (as a student and professional) that he wanted to champion change and advocate for underrepresented (or excluded) student populations. Baique has a keen interest in diversity, equity, inclusion and social justice values and practices. Due to this interest, Baique is eager and preparing to step into a chief diversity officer role in the future.

Aside from his educational and professional background, Baique is a Queens, N.Y., native who enjoys spending time with his family (mother, four sisters and two brothers). Baique is married to Lisa Martinez-Baique and has a small golden-doodle named Hunter.