This event is free and open to all.

Binghamton University alumni and faculty with expertise and experience in public policy, lobbying, voter engagement, advocacy and public opinion will be the speakers for this year’s Homecoming TIER Talks. Among other topics, the speakers will explore current public opinion and what matters most to voters, how people can advocate before and after elections for causes they feel passionate about, the work of lobbyists and how it has evolved, and political trends we are likely to see going forward. 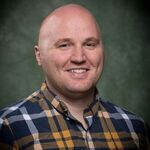 Daniel Magleby
Associate Professor of Political Science, Binghamton University
Magleby received his PhD from The University of Michigan in 2011. From 2011-13, he was a post-doctoral fellow in the Political Institutions and Public Choice program at Duke University where he was also a visiting assistant professor in the political science department. His research interests focus on American political institutions, particularly Congress, parties and polarization. He joined the Binghamton University faculty in the fall of 2013 and teaches courses on the U.S. Congress, the presidency, parties and interest groups in American politics. See more. 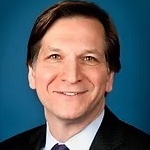 Perry Ochacher ’84
Founder and President, Willett Public Affairs
Perry Ochacher has a career spanning both the public and private sectors as an attorney, political consultant and legislative lobbyist. Prior to launching Willett Public Affairs in 2018, he served as partner, managing partner, senior vice president and counsel to several high-profile Albany lobbying firms (most recently at State & Broadway) providing strategic legal, legislative and communications counsel to clients in the healthcare, transportation, insurance, real estate, retail, financial services, racing and gaming, construction, and telecommunications industries. Ochacher has lectured frequently on various topics related to lobbying and public policy and has authored and co-authored several articles on the legal and business aspects of lobbying, as well as an array of other legal subjects. See more. 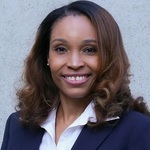 Nicole Yearwood ’97, MPA ’98
Founder and CEO, Educated Voter
Yearwood's activism began as a sophomore at Binghamton, when the governor of New York threatened to cut funding to the Tuition Assistance Program (TAP). Not long after she was voting age, she understood how elected officials have an impact on our daily existence in ways in which we are not always aware. Yearwood decided to obtain a Master of Public Administration degree and enter the field of government and politics. She became active in student government, a leader of student-run entities, and was a student representative on University boards until she obtained her graduate degree. She has volunteered and worked on several city, state and national political campaigns. In 2004, Nicole was elected as a delegate to the Democratic National Convention. Subsequently, she worked in Philadelphia for Pennsylvania's coordinated campaign. For almost nine years, she was director of government relations for a non-profit that provides free programs in all five boroughs of New York City. Because of the relationship between voting and the decennial census, she took a position with the U.S. Census Bureau to ensure a complete and accurate count of historically hard to count communities. See more.