The Binghamton University Alumni Association presented the 2021 Special Recognition Awards in a virtual ceremony that premiered on social media March 18. The embedded player has the complete video of the awards presentation. Full biographies of our recipients appear below. 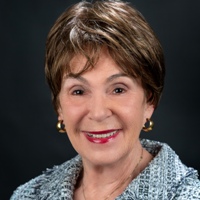 Koffman began her college experience at Vassar College before transferring to Harpur College. After she had her four children, she went back to complete her education, earning her bachelor's degree in applied social science in 1982 and her master's in social science in 1984 from Binghamton's School of Education and Human Development.  She received her Certified Financial Planner (CFP) designation from the College for Financial Planning in 1985, and has been in the brokerage business for 48 years.

Koffman had established the Ruthanne Koffman Master of Arts in Social Science Scholarship at Binghamton University which was awarded to a full-time matriculated student in the Master of Arts in social science program with demonstrated financial need. She also has her own foundation, the Ruthanne Koffman Charitable Foundation. She has donated to Binghamton jointly with her husband, Bud, and has given to Binghamton through her foundation.

Koffman is involved in many community organizations including the Tri-Cities Opera, Discovery Center of the Southern Tier, Broome County Community Charities and the Trust Fund Committee of the United Way.

"I was a nontraditional student," Koffman says. "I took my first class at the Quanset hut in Endicott while pregnant. Twelve years later, I returned to my classes at the recently opened Vestal campus. I was able to obtain my degree taking night classes during the next 12 years while raising my four children and working. I received my Bachelor of Science and then decided to get my Master of Arts in social sciences. I have watched the University grow building by building and school by school over many years to our current cutting-edge Binghamton University. The University has greatly enriched our community.  The faculty, staff, classes, diverse student body, beautiful grounds and community involvement have contributed to making the University our area's largest asset. I'm extremely proud to be an alumna of Binghamton University and very appreciative of this honor." 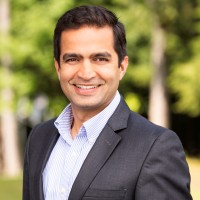 Kaustubh Nagarkar, MS '02, PhD '05
Alumni Achievement Award
This award honors a highly distinguished alumnus or alumna who, over the course of a decade or more, has exemplified outstanding, significant professional achievement.

Kaustubh Nagarkar is an accomplished technology and business leader. He graduated from Binghamton University with a Master of Science degree in 2002 and Doctor of Philosophy in 2005 from the Department of Systems Science and Industrial Engineering in the Thomas J. Watson College of Engineering and Applied Science. Upon graduation, Nagarkar joined GE in Niskayuna, N.Y., and has since held various roles with increasing responsibilities. At GE, Nagarkar led many research efforts spanning clean energy, Micro Electro Mechanical Systems, medical electronics and power electronics packaging. Many of these programs successfully transitioned into products and enabled the creation of new businesses. He is an inventor on more than 30 patents and has authored more than 40 papers.

Nagarkar is vice president, licensing and technology ventures for GE Corporate Business Development. In this role, he is responsible for building external partnerships in bringing GE’s advanced technologies to the market utilizing a variety of innovative business models. He also leads the development of strategic collaboration initiatives, shaping research and development efforts, charting roadmaps and setting intellectual property strategy in the area of electronics.

Nagarkar has become a thought leader in his field and continues to provide significant impact in industry and academia. He has continued to maintain his ties with Binghamton University and has organized joint GE-Binghamton symposia, actively mentors students and remains engaged in collaborative industry research projects. 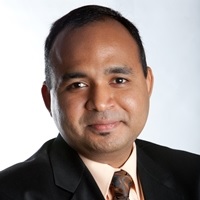 Guru Madhavan, MBA '07, PhD '09
Edward Weisband Distinguished Alumnus/a Award for Public Service or Contribution to Public Affairs
The Weisband Award recognizes one alumnus or alumna each year whose life, work, career and contributions exemplify the highest standards of service and deepest dedication to the sustenance of the common good.

Guru Madhavan is the Norman R. Augustine Senior Scholar and senior director of programs of the National Academy of Engineering where he leads and oversees activities of broad scope and complexity focused on engineering practice, education, research, communication and policies. His portfolio of work at the National Academies of Sciences, Engineering and Medicine has included leading the analyses for making prescription medicines affordable and developing a national strategy for cancer control in the U.S., directing a global health forum on infectious diseases, and conducting the research, design and development of a systems analysis platform for prioritizing new vaccines and related interventions.

A systems engineer by background, Madhavan has served as a technical adviser to the U.S. Department of Health and Human Services, has worked in the medical device industry as a research scientist developing cardiac surgical catheters for ablation therapy, and has been a strategic consultant for technology startup firms and nonprofit organizations. He has served as a vice president of IEEE-USA and was a founding member of the Global Young Academy. Among numerous honors, he has received the National Academies’ Innovator Award, National Academy of Medicine’s Cecil Medal, AAMI–Becton Dickinson Award for Professional Achievement, Washington Academy of Sciences’ Krupsaw Award for engineering sciences and education, and has been named a distinguished young scientist by the World Economic Forum.

His publications include the nonfiction Applied Minds: How Engineers Think (W.W. Norton, 2016) which has been translated into many languages. For his books and lectures, he has received the IEEE-USA Award for Distinguished Literary Contributions Furthering Public Understanding and the Advancement of the Engineering Profession. He is an elected fellow of the American Association for the Advancement of Science and the American Institute for Medical and Biological Engineering. 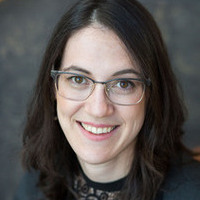 Hadassah Mativetsky '07, MS '12
Lois B. DeFleur Distinguished Young Alumnus/a Award
The DeFleur Award recognizes alumni who graduated within the last 10 years or are 35 years of age or under, and who are established or demonstrate potential to become future leaders. Criteria include demonstrated leadership capability, substantial commitment to service of others, demonstration of potential for leadership in the long term, and substantial commitment to the University and Alumni Association.

Hadassah Mativetsky is currently a quality engineer at Universal Instruments where she manages product quality for the high-tech assembly equipment used to populate circuit boards. These are present in everyday devices such as phones, tablets and fitness trackers. She serves in local leadership for the American Society for Quality and Toastmasters International. In 2019, Mativetsky received the Paul A. Robert Award from the Binghamton Section of the American Society for Quality, Division Director of the Year Award from District 65 of Toastmasters International, and was a finalist for a HYPE award from the Greater Binghamton Chamber of Commerce.

Prior to switching to industry, Mativetsky worked closely with Distinguished Professor David Sloan Wilson coordinating the Evolutionary Studies (EvoS) Program while also assisting with related initiatives such as the Binghamton Neighborhood Project. She co-edited Darwin's Roadmap to the Curriculum published by Oxford University Press. She continues to present and facilitate Prosocial, the first change method based on evolutionary science that enhances cooperation and collaboration for groups.

Mativetsky holds a bachelor's degree in math with a minor in Russian and eastern European studies and a master's in systems science, both from Binghamton University. She regularly volunteers with Binghamton University programs including Harpur Edge, the Fleishman Center for Career and Professional Development, the Thomas J. Watson College of Engineering and Applied Science, Office of Undergraduate Admissions, and Emerging Leaders Program. She is particularly grateful for her undergraduate job at EngiNet, her student leadership opportunities with Hillel, Math Club and WHRW, her study abroad experiences, and the academic community she found in the Bass Center for Leadership Studies, EvoS and the Center for Collective Dynamics of Complex Systems.