In a special ceremony at Homecoming 2022, the Alumni Association presented four alumni volunteers with Medals of Distinguished Service to recognize the time and talents they share with Binghamton University while demonstrating a very high level of career achievement. 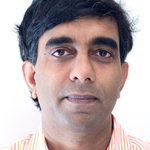 Subhachandra Chandra, MS '95, was born in India and completed his bachelor's degree in computer science from NIT, Tiruchirrapalli in 1993. He then came to Binghamton University to get a master's in computer science. The graduate assistantships provided by the University was the key to making it possible. Chandra was part of Professor Kanad Ghose's research group and completed a master's thesis in 1995. He then moved to the University of Michigan at Ann Arbor and completed his PhD in 2000 with Professor Peter Chen in the area of software fault tolerance.

Chandra started his professional career in the San Francisco Bay area in 2000 building software systems and platforms at small startups. Currently, Chandra is a director of engineering at Ghost Autonomy and leads the Runtime Systems Group. Prior to that, he worked at Grail, building data processing pipelines for clinical studies to develop a blood test for early cancer detection. Prior to that, Chandra was at Arista Networks and over a decade-long stint developed ultra-low latency and programmable switching products, scaled up engineering infrastructure and automated test structure.

Chandra is married to Nandita Dukkipati who works at Google and is also an avid supporter of diversity initiatives in STEM at Binghamton and elsewhere. They live in Palo Alto, Calif., along with their two kids who are in elementary and high school. 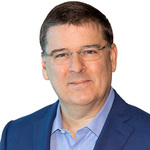 Tim Kelly '94 is vice president of operational excellence at Groundswell (formerly CollabraLink) in Northern Virginia. He is responsible for the growth and development of Groundswell's workforce, focusing on continuous team member improvement. Prior to Groundswell, he served as the chief customer officer and senior vice president of employee success at a smaller firm. Earlier in his career, he supported the U.S. Army Reserve as a contractor, responsible for designing and developing critical enterprise solutions in direct support of our troops.

Kelly began his college experience in 1990 at Binghamton University as a computer science major at the Thomas J. Watson College of Engineering and Applied Science. While obtaining his degree, he worked under several professors as a teaching assistant and class instructor. For the past eight years, he has been closely involved with the University. He serves as a guest lecturer in various computer science courses, where he helps students relate to course content using real-world scenarios from his nearly 30-year career in the enterprise IT field. Kelly serves on numerous panels and roundtable discussions at the University. He heavily recruits new members for his team and remains active in the professional growth of many students for whom he serves as a mentor. He resides in Northern Virginia with his wife, Lisa Newbery-Kelly '94, and their three daughters. 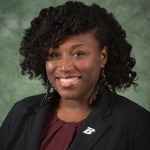 Taris T. Rodney '08 is a child protective attorney who litigates child neglect and child abuse cases for the City of New York. As a student at Binghamton, she was a resident assistant in Dickinson for two years, served as president of the Thurgood Marshall Pre-Law Society 2007-08, worked as an Off Campus College Transport bus monitor, and worked in Mountainview Dining Hall. After graduating from Binghamton, Rodney received a Juris Doctor degree from Howard University School of Law in 2011. That same year, she created the Taris T. Rodney '08 Scholarship at Binghamton, awarded to an Educational Opportunity Program (EOP) graduating senior who plans to attend law school. As an alumna, she continues to be engaged with the University by serving as a Steering Committee member of the Harpur Law Council, serving on the Alumni Association Board of Directors 2015-20, serving as a founding member of EOP's Advisory Board, regularly attending Homecoming, serving as a site leader for the annual Alumni Global Day of Service, and participating in Mentor Match. She also stays in regular contact with the scholarship recipients and mentors them. 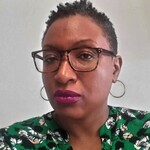 Simone Sterling '98, PMP, CSM, earned a Juris Doctorate at Indiana University-Maurer School of Law after double majoring in history and philosophy, politics and law at Binghamton, where she earned her bachelor's degree in three years. She is a vice president, senior program manager at Citibank, N.A., where she is a member of the Human Resources Transformation team within Citibank's Accountability, Culture and Talent Transformation Project Management Organization. She also serves on the Harpur Law Council as a Steering Committee member.