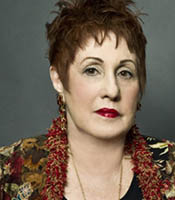 Phyllis Chesler, Ph.D, is an Emerita Professor of Psychology and Women’s Studies at City University of New York. She is a best-selling author, a legendary feminist leader, a retired psychotherapist and an expert courtroom witness. She has lectured and organized political, legal, religious, and human rights campaigns in the United States, Canada, Europe, Israel, Central Asia, and the Far East. Her work has been translated into many European languages, including Portuguese, Polish, and Russian, and into Japanese, Chinese, Korean, and Hebrew.

Dr. Chesler is a co-founder of the Association for Women in Psychology (1969), The National Women's Health Network (1974), and The International Committee for the Original Women of the Wall (1989). She is a Senior Fellow at the Investigative Project on Terrorism; has served as a Writing Fellow at The Middle East Forum, and as a Fellow at the Institute for the Study of Global Anti-Semitism and Policy (ISGAP).

Dr. Chesler is the author of twenty books, including the landmark feminist classic Women and Madness, as well as many other notable books including With Child: A Diary of Motherhood; Mothers on Trial: The Battle for Children and Custody; Sacred Bond: The Legacy of Baby M; Woman's Inhumanity to Woman; and Women of the Wall: Claiming Sacred Ground at Judaism's Holy Site. After publishing The New Anti-Semitism (2003), she published The Death of Feminism: What's Next in the Struggle For Women's Freedom (2005) and An American Bride in Kabul (2013), which won a National Jewish Book Award. In 2016, she published Living History: On the Front Lines for Israel and the Jews 2003-2015 and in 2017 she published Islamic Gender Apartheid: Exposing A Veiled War Against Women. In 2018, she published A Family Conspiracy: Honor Killings, as well as a Memoir: A Politically Incorrect Feminist. In late fall of 2020, she published Requiem for A Female Serial Killer, a genre-blended work of true crime.

Since 9/11, Dr. Chesler has focused on the rise of anti-Semitism, the demonization of Israel, the nature of terrorism, and tribal psychology; the rights of women, dissidents, and gays in the Hindu, Sikh, and Islamic world. Dr. Chesler has conducted four studies about honor-based violence, including honor killings, and penned a position paper on why the West should ban the burqa; these studies have all appeared in Middle East Quarterly. Based on her studies, she has submitted affidavits for Muslim and ex-Muslim women who are seeking asylum or citizenship based on their credible belief that their families will honor kill them. She has archived most of her articles at her website: www.phyllis-chesler.com

Dr. Chesler has been profiled in encyclopedias, including Encyclopedia Judaica, Feminists Who Have Changed America, and Jewish Women in America.

She lives in Manhattan and is a very proud mother and grandmother.