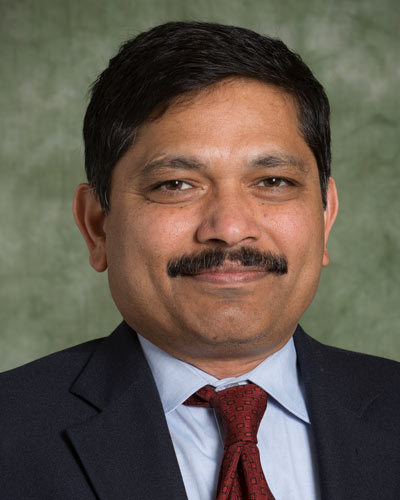 Kanneboyina Nagaraju received his bachelor's degree in veterinary medicine from the College of Veterinary Sciences, Tirupati, India; his master's degree in veterinary immunology from the prestigious Indian Veterinary Research Institute, Izatnagar; and his PhD in immunology from Sanjay Gandhi Postgraduate Institute of Medical Sciences, Lucknow, India. Immediately after completing his PhD, he came to the United States to do a postdoctoral fellowship at the National Institutes of Health (NIH) in Bethesda, Md.

After completing this fellowship, he became a tenure-track assistant professor in the Division of Rheumatology, Department of Medicine of the Johns Hopkins University School of Medicine in Baltimore, Md. In 2005, he joined the Research Center of Genetic Medicine, Children's Research Institute of the Children's National Medical Center (CNMC). He was appointed an associate professor of pediatrics at the George Washington University School of Medicine and Health Sciences (GWSMHS) in Washington, DC. In 2012, he became a full professor with tenure in the Department of Integrative Systems Biology, GWSMHS, and in 2015, served as the interim chair of the Department of Integrative Systems Biology and director of the Research Center of Genetic Medicine at CNMC before moving to Binghamton, N.Y. At Binghamton, he served as the founding chair of the Department of Pharmaceutical Sciences and vice dean for the School of Pharmacy and Pharmaceutical Sciences (SOPPS) before becoming the dean of the SOPPS in May 2022.

Nagaraju is an expert on translational research in autoimmune and genetic muscle diseases. He has authored more than 200-refereed publications, along with several textbook chapters on autoimmune muscle diseases. Apart from identifying pathogenic pathways and drug targets in these neuromuscular disorders, he has also pioneered the generation of novel inducible transgenic and knockout mouse models for muscle and neuromuscular diseases. Early drug screening efforts in his laboratory in collaboration with Eric Hoffman and John McCall led to identifying Vamorolone, a potent anti-inflammatory, membrane-stabilizing dissociated glucocorticoid. His group has demonstrated that these dissociated steroids are highly efficacious in several inflammatory disease models. Vamorolone is currently in clinical trials for Duchenne Muscular Dystrophy.

Nagaraju has led international efforts to define reliable and sensitive tests for drug efficacy in mouse models of neuromuscular diseases and directed a state-of-the-art preclinical drug-testing facility dedicated to neuromuscular disorders. He has performed over 175 preclinical drug trials in these mouse models since 2006. In addition, he has mentored several postdoctoral and doctoral fellows and students.

Nagaraju has received several million in grant support under various mechanisms (R01, R21, U54, P50, K26) from the National Institutes of Health, the U.S. Department of Defense and several foundations (e.g., MDA, AFM, TMA, PPMD, Arthritis Foundation). He currently serves as a member of foundations' medical and scientific advisory boards and on the editorial boards of several specialty journals. Additionally, he is one of the founding core preclinical experts on the TREAT-NMD Advisory Committee for Therapeutics.

Nagaraju has co-founded two biotech companies, ReveraGen BioPharma, focused on developing Vamorolone as a therapy for inflammatory diseases including muscular dystrophy, and AGADA BioSciences, a preclinical drug screening and phenotyping company to facilitate the development of therapeutics for rare neuromuscular diseases.