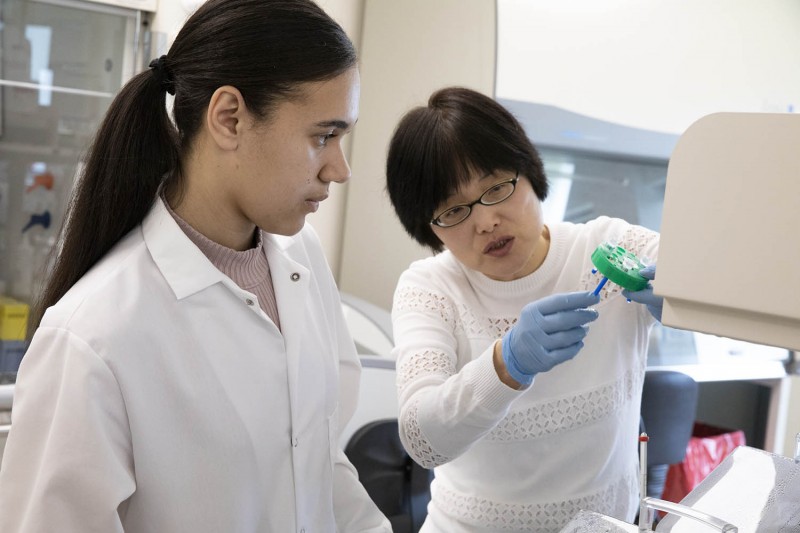 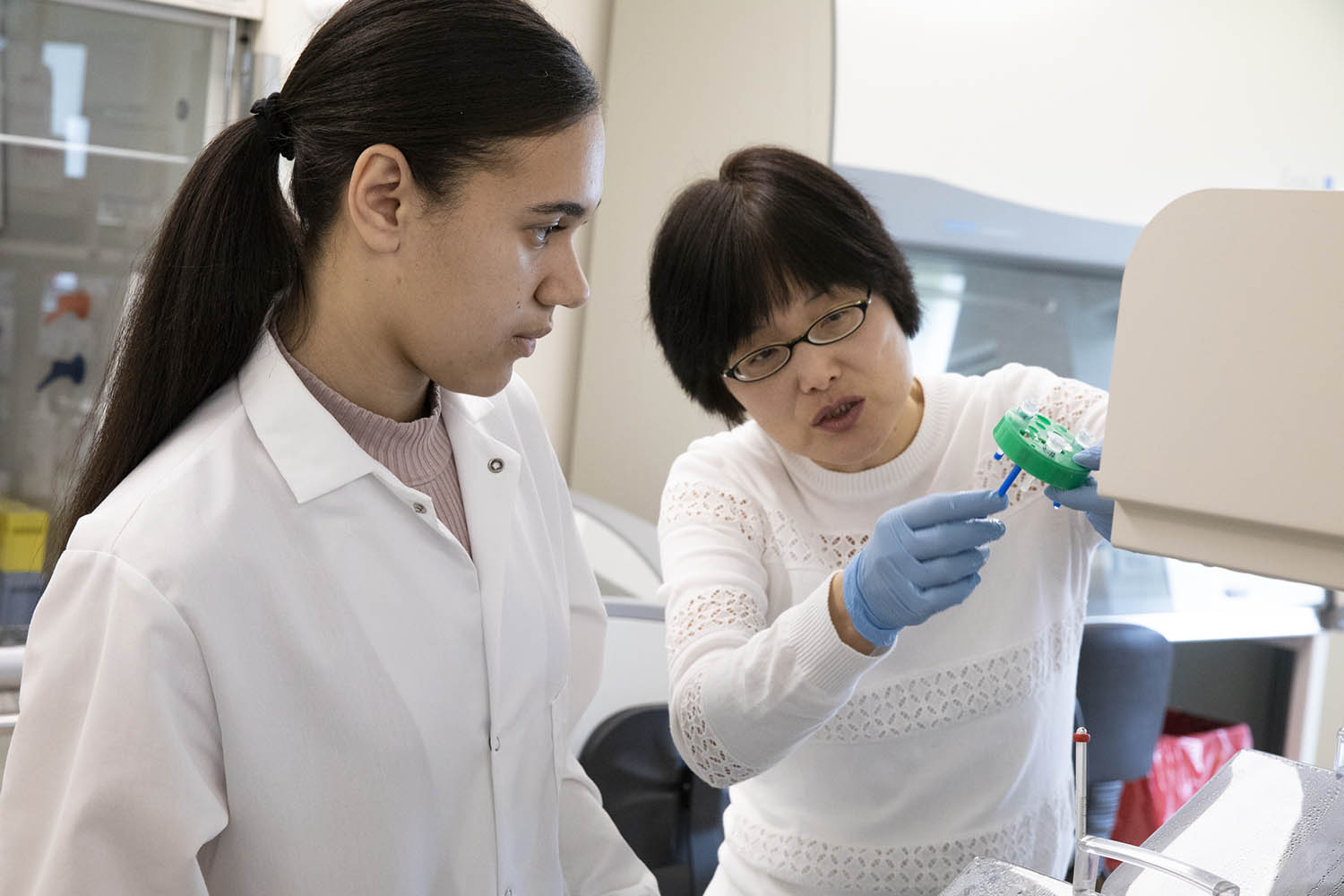 Sha Jin, an associate professor in the Thomas J. Watson School of Engineering and Applied Science’s Department of Biomedical Engineering, works in her lab with student Deana Moffat. Jin was awarded nearly $1.2 million in grants to further her research into diabetes treatments. Image Credit: Jonathan Cohen.
By Chris Kocher