The Binghamton Motorsports team competed with a combustable-engine Formula car for the first time in the 2018-19 academic year. 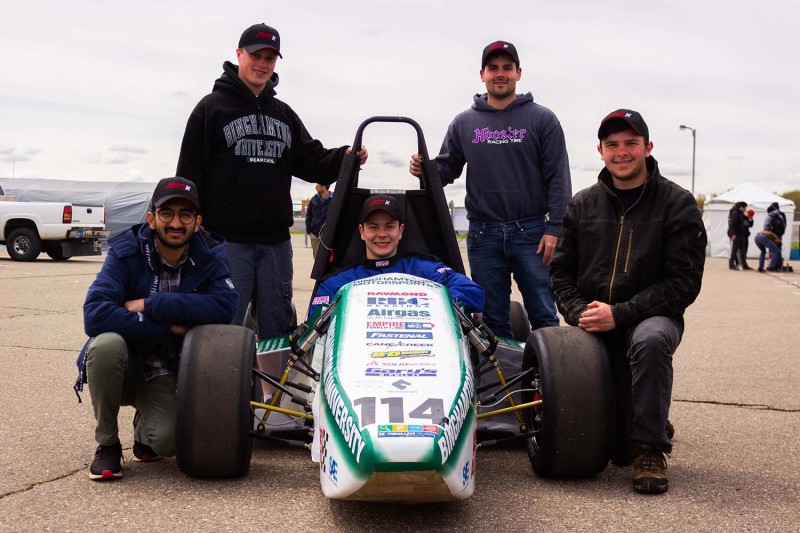 The Binghamton Motorsports team competed with a combustable-engine Formula car for the first time in the 2018-19 academic year.
By Kyle Polidore

With minimal experience from the team, the car had a successful debut at the Formula Society of Automotive Engineers’ event at the historic Michigan International Speedway.

“Being a first-year team, what that meant for us was that none of us had any experience going into a competition and building any of these cars,” Honsinger says. “None of us had done this before.”

The Formula SAE Michigan competition is an international event that has taken place annually since 1981, featuring teams traveling from as far as Germany and large universities like Michigan and Florida. With Honsinger at the helm, Binghamton’s Formula team impressed judges with a soundly constructed vehicle. It showed no signs of shoddy workmanship to meet the competition deadline, like poor welds or uncut zip ties. 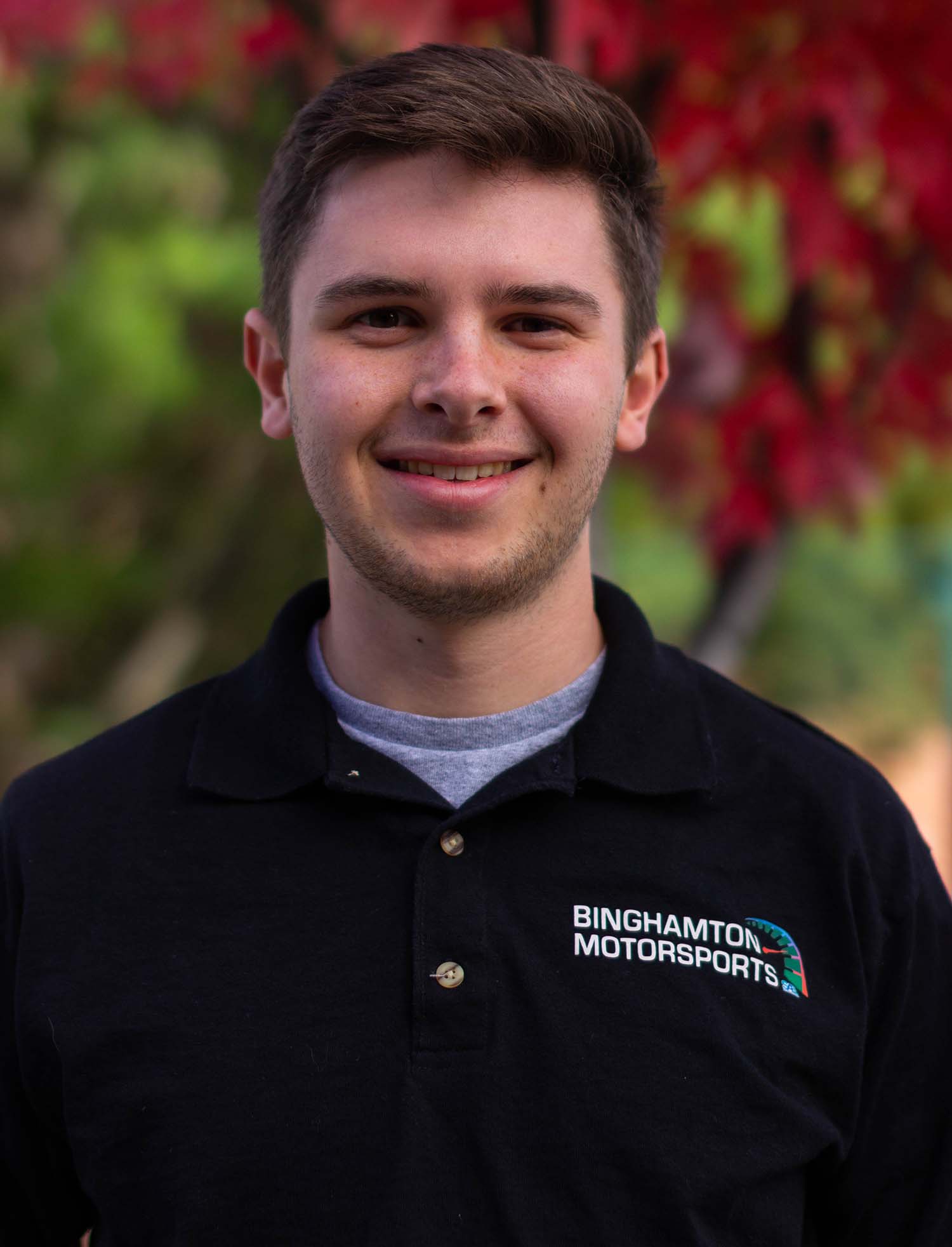 Jacob Honsinger '19 was the project manager for the Binghamton Motorsports Formula car.

One of the major milestones achieved by the team was not only passing tech-inspection but scoring 43rd out of 130 teams in that category. Honsinger puts this achievement into perspective, noting that another school with a significantly larger budget than Binghamton’s Formula team failed tech inspection, even though it scored third overall in the design competition.

“We take it for granted that we’re going to compete in the race, but competing in the race is a huge milestone,” Honsinger says. “That the car didn’t need any significant modifications to pass the technical inspection is huge.”

The 2018−19 year marked the first-time that the Formula car was not an assigned senior engineering project, but instead a student-run club activity. Honsinger – who received a bachelor’s degree in mechanical engineering in spring 2019 and is now pursuing a one-year MBA — says that this switch from senior project to club activity has been fruitful.

“There are a majority of juniors and sophomores working on [the car] who can come back from year to year and build on what they learned,” he says. “We can apply what we learn in the classroom, but we’re not getting graded for it. That’s a big thing, because now we have people who want to be here because they find this stuff interesting.”

As a graduate student, Honsinger passed the torch in his second year on the Formula team, migrating from project manager to Formula finance team lead. Because the team receives a majority of its budget from self-pursued fundraising, Honsinger also was involved in the process during his first year.

“Last year, out of the necessity of needing to raise money, I got involved in setting up the whole process of getting money in,” Honsinger says. “How do we account for it? How do we make sure we’re not over spending? How do the accounts work?

“I enjoyed that last year, and wanted to let the next generation of guys take over, do the project manager stuff and get hands on.”

Another focus for Honsinger is the forging of a stronger link between the Formula team and the Greater Binghamton community: “That was the big push last year. We should mesh with local places, make it more of a community-style event. Binghamton University — we’re on an island and the rest of the area is on its own. We’re trying to build a community around this program.”

Honsinger sees any future benefit from his involvement with the Formula team, whether through a job or some other avenue, as merely an added bonus. He and the other team members are passionate about the work, spending late nights and early mornings tinkering with the car for the sheer pleasure of it.

“If you’re coming in here, doing crazy hours a week, it’s not going to make sense just to do that for a [future] job,” he says. “You’re there for the car, and everything else are plusses that come. It’s like a full-time job, basically.”