Bonzani lecture: When is it okay to stay silent? 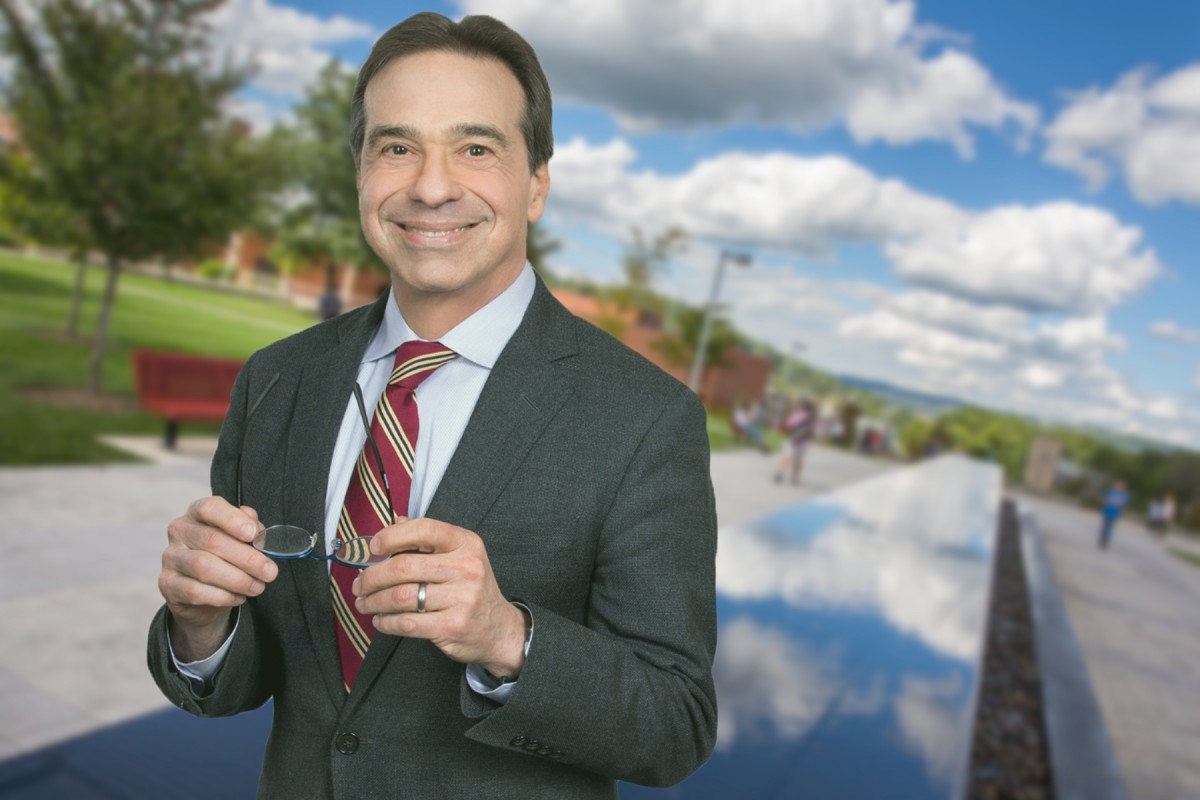 You’re a photojournalist covering a flood and you see a child trapped in the rising waters. Do you fulfill your professional duty by taking the shot? Or do you risk your job and even your life by putting down the camera, jumping in the water and trying to save the child?

Conflicts between the rules of one’s profession and our duty to each other were the focus of the fourth annual John and Lawrence Bonzani Memorial Law Lecture: “Duty to Disclose: When is it okay to remain silent?”

Speaker Michael Zeldin ’73 is a CNN legal analyst and an internationally recognized expert on money laundering, terrorist financing and economic sanctions. He also served in the U.S. Department of Justice in a range of senior posts dealing with narcotics, money laundering and asset forfeiture, and was also special counsel for money laundering matters to then-Criminal Division Assistant Attorney General Robert Mueller.

The annual lecture was established by Andrew Bonzani ’86 and his wife Marie as a way to give back to his alma mater and honor the memories of his two older brothers, for whom the lecture is named. This year, it fell on Oct. 6 — the 70th anniversary of Harpur College’s formal acceptance into the State University of New York system, said interim Dean Celia Klin.

Confidentiality plays a major role in many settings, from law to healthcare, psychology, social work and even religion, but it has its limits, Zeldin explained.

Take attorney-client privilege, which protects a client’s words from public disclosure. A client can express intentions to avoid taking responsibility for a crime or muse about killing a neighbor to his attorney, and those words couldn’t be revealed to law enforcement without violating confidentiality rules. But if that client shares a detailed plan to commit murder, that triggers the crime-fraud exception to privilege and the police must be advised, Zeldin said.

In healthcare, a promise of confidentiality makes it more likely that patients will tell their doctors the truth — but that has limits, too. In many states, doctors are legally required to report cases of domestic violence, child abuse or elder abuse to the authorities; failure to do so can result in a misdemeanor charge.

Similarly, individuals from professions ranging from healthcare to social work and education are considered “mandated reporters,” and are required to report the possibility of injury to those in their care. Computer technicians who discover child pornography during the course of their jobs are required to report it to authorities, and so are mental health professionals whose patients express clear plans for suicide or a public threat such as a mass shooting.

“There are profound obligations on certain categories of professionals to maintain client confidences, except when the public safety is at stake,” Zeldin explained.

That said, are ordinary citizens required to report crimes or intervene? Surprisingly, the answer is no. Frequently seen at airports, signs that say “If you see something, say something” are largely aspirational, Zeldin noted; the average traveler doesn’t have a legal obligation to report.

John Bolton, Trump’s former national security advisor, famously refused to testify before Congress during the impeachment hearings. Later, he published a book about his experiences in the White House and has since participated in multiple television interviews, confirming that Trump was self-dealing in opposition to the public interest.

The second case also involves a recent book about the Trump administration, this time authored by veteran journalist Bob Woodward. On Jan. 28, Trump learned of the deadly nature of the coronavirus, and how the pandemic’s impact was likely to resemble that of the 1918 Spanish flu — a fact he confirmed in an interview only days later with Woodward.

Publicly, however, Trump downplayed the virus and even called it “a Democratic hoax” on Feb. 28. In early March he told Woodward privately that the virus is also infecting young people, while publicly saying that the young are immune.

Through all this, Woodward remained silent, waiting until the publication of his book to speak.

Should the journalist have spoken up earlier about the president’s lies and potentially saved lives? Zeldin asked. Should Bolton have sacrificed his book deal and testified before Congress?

Whistleblowers, particularly in the current administration, are subject to being unmasked and punished, noted pre-law advisor Alexander Jablonski, relaying audience members’ questions to Zeldin. The legal analyst acknowledged the difficulty of such a position, and the related ethical questions.

“It asks you whether you want to be part of the French resistance or Vichy,” he reflected. “Fundamentally, I think we have a shared collective responsibility to one another and that requires us to speak when speech will be helpful and face the consequences. You have to make decisions about how you sleep at night.”