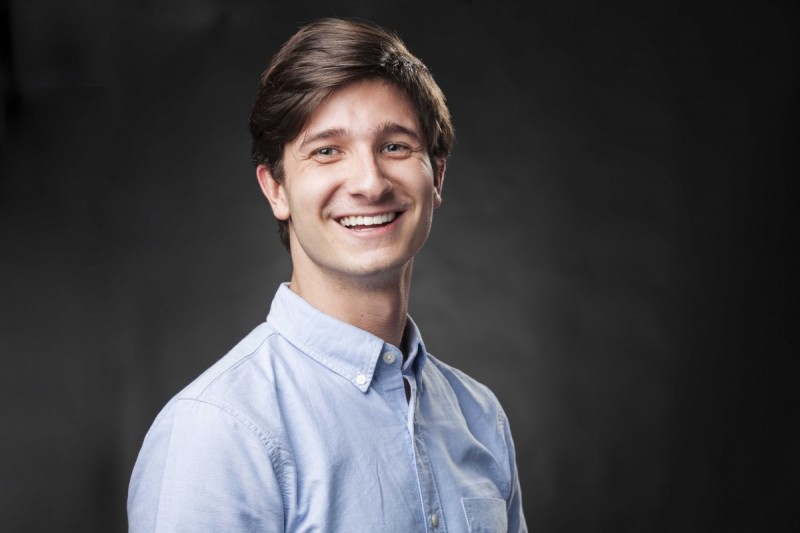 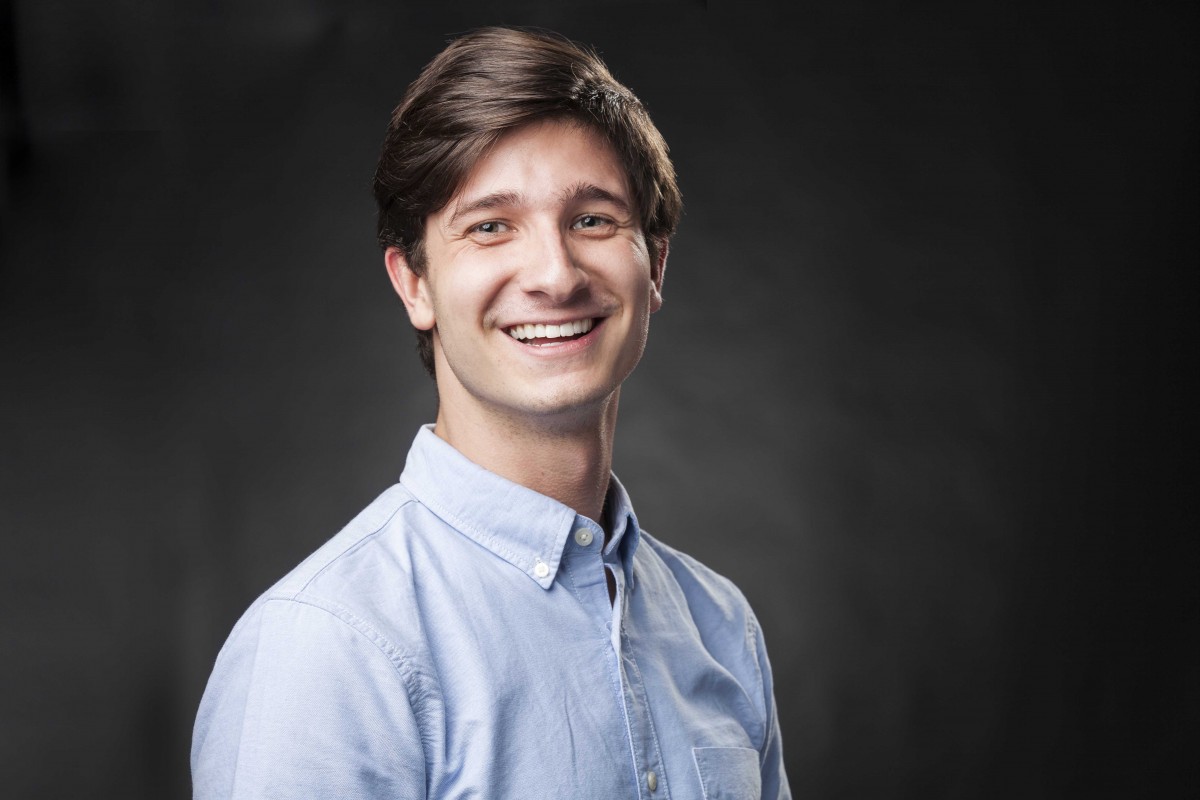 Music and theater provided escape and direction for Canaan Harris as he grew up in rural Whitney Point. Now a master’s student in music composition at Binghamton University, he wants to provide the same opportunity to the next generation of Southern Tier teens.

This fall, Harris won the first-ever statewide SUNY Performing Arts, Creation and Curation (PACC) competition, which drew 57 teams from across the system’s campuses, including three student-composer teams from Binghamton that made the finals.

The honor brought with it a $10,000 grant that will allow Harris to develop the Southern Tier Opera Project (STOP), a community-based initiative with Tri-Cities Opera, the Binghamton Area Reading Council and local PBS affiliate WSKG. The program also has the support of Binghamton’s music program, the Harpur Dean’s Office and the Material and Visual Worlds Transdisciplinary Area of Excellence.

“I was mostly just shocked,” Harris said of his win. “There were a lot of other great proposals.”

His shock swiftly transitioned into excitement. And then, a realization with just a hint of trepidation: “Oh wow, I have to do this project and all this work!” he said.

Here’s how it will work: Local middle school students will compete in a short story contest for prizes and the opportunity to have their story made into a 10- to 15-minute composition. In particular, the contest will focus on stories about the Southern Tier, whether family tales or bits of the region’s history.

“We are putting together packets of local history information, but I hope that people will tell their own stories, stories that we haven’t heard before,” Harris said.

Four winners will be selected by June. This summer, Binghamton University composition students will write the pocket operas, which will be performed by singers with the University’s voice program and possibly Tri-Cities Opera in the fall.

Depending on the pandemic situation in 2021, the mini-operas may be performed live on stage or online; Harris expects to make this decision by June. Plans are also in the works to make the performances more widely accessible by airing them on television or radio. The final recording is expected to be edited and released in late October or early November 2021.

Harris earned his bachelor’s degree in piano performance at Pensacola Christian College in Florida but decided to pursue music composition rather than become a concert pianist. He’s currently in the second year of his master’s program at Binghamton, and will graduate in May 2021.

He first learned about SUNY PACC during a seminar with Associate Professor of Music Daniel Thomas Davis, and entered with his professor’s encouragement.

“An imaginative and skilled composer with impressive experience in writing for both the theater and the singing voice, Canaan is particularly well-suited to lead and realize this ambitious project,” Davis said. “His project represents an extremely high level of community engagement, entrepreneurial energy and bridge-building across disciplines. It also fits perfectly into the curricular structure of our composition area — and is exactly the kind of on-the-ground, professional-training work we encourage from our student composers.”

SUNY PACC’s intent is to spark meaningful public engagement and provide students with an experiential learning opportunity through a proposal, pitch and documentation process similar to what is required of artists and curators in professional life.

For his project, Harris drew in part on his own experiences with Tri-Cities Opera, where he worked as a pianist for its teen program. He chatted about his ideas with friends and family, which led to a contact at the Binghamton Reading Council. The rest began to fall into place.

“The collaborations were first and then I figured out how to build a program based on the resources that I had,” he said.

Harris explained his focus on local history to the SUNY PACC judges during his final presentation. Once the birthplace of notable companies such as IBM, the Southern Tier’s economy peaked in the 1970s, followed by decades of decline. The arts, however, continue to flourish in the region, although “there has been a consistent and distinct lack of local stories being told on stage, leaving behind many communities,” he said.

Communities have been left behind in other ways, too; due to socioeconomic and cultural reasons, many young people aren’t exposed to opera, even though the region has its own company. It’s a situation that Harris hopes to address.

Middle school students have the writing skills needed to create a cohesive story. Plus, local history is already part of the middle school curriculum, which allows teachers to fold the writing competition into classroom plans.

Harris was already at work at the end of 2020, preparing to launch the writing competition.

“I’m just very thankful to be given the opportunity to do this,” he said.