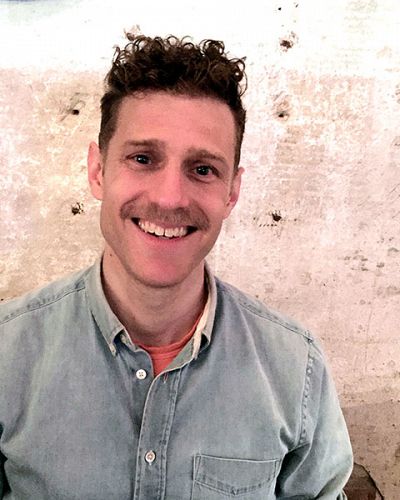 Composer Daniel Thomas Davis’ wide range of musical activities has taken him from the stages of Carnegie Hall and the Royal Opera House to monasteries in the Horn of Africa to directing new-music festivals in the rural South. Praised as “fun and unpretentious” by The New Yorker, he creates music singled out for its “soul-wrenching” connection to the human voice and its “deft and beautiful, rich harmonic and textural language.” (Classical Voice North America).

In the past two seasons, he has enjoyed the premieres of three new operas – SIX. TWENTY. OUTRAGEOUS. in an American Opera Projects/Symphony Space co-production directed and designed by polymath artist Doug Fitch, Family Secrets (or Kith & Kin) with North Carolina Opera in Raleigh, and The Impossible She with Rhymes with Opera at the New York Opera Fest. Each opera premiered to entirely sold-out audiences and to glowing critical responses – as evidenced by Parterre’s assessment of The Impossible She as “a towering musical achievement, a hugely complex work packing a whopping political and intellectual punch,” which positions “contemporary opera as an important tool for political and historical commentary, for magnifying marginalized voices, for sharing long-lost stories, and for finding solutions to a tumultuous present in a distant past.”

Professor Davis has received fellowships from the British Government (Marshall Scholar), the Andrew W. Mellon Foundation, the Bogliasco Foundation and the Yaddo Colony, and has been honored by awards from BMI and ASCAP. A committed collaborator with writers, filmmakers and choreographers, he recently scored the awarding-winning feature films Pushed Up the Mountain and An Encounter with Simone Weil, as well as the evening-length dance work Breath Catalogue with Megan Nicely/Dance+Kate Elswit. Fascinated by the intricacies and idiosyncrasies of the human voice, he has longstanding interests in American popular and traditional musics and has also studied ethnomusicology and several East African vocal/string traditions, primarily with master artists in Ethiopia and Eritrea. Davis is also active as a collaborative pianist and conductor, and periodically performs with a handful of ensembles and vocalists.

For sounds and more information: www.danielthomasdavis.com