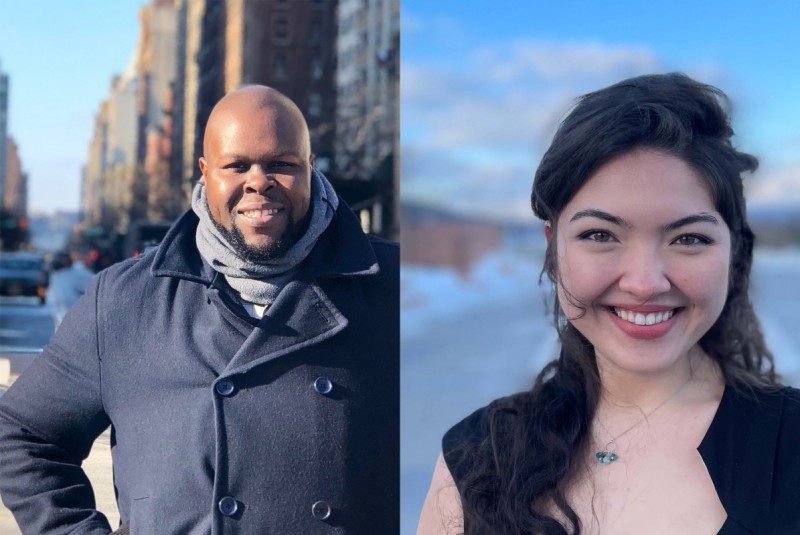 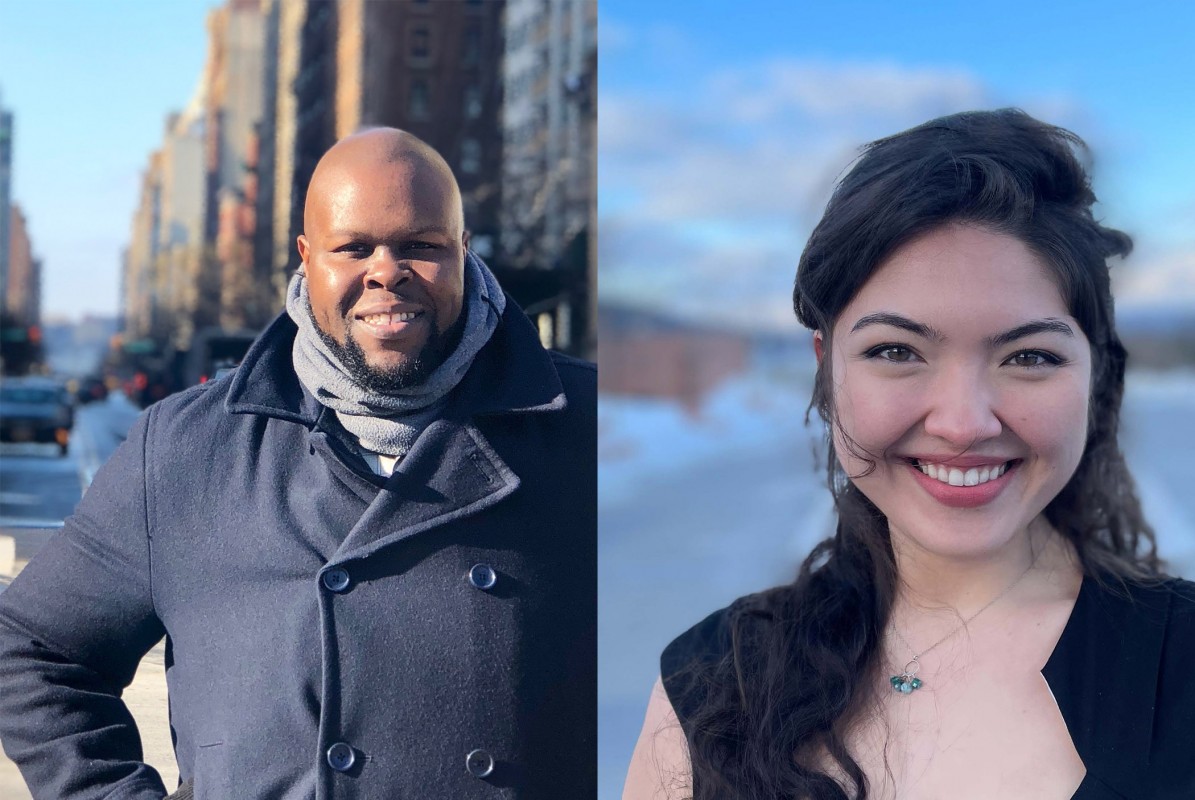 Named after a former Binghamton University president, the Clifford D. Clark Diversity Fellowship offers graduate students a full range of support as they pursue their dreams.

This may, however, be the first time the fellowship has enjoyed musical accompaniment in its honor.

A pair of Clark Fellows will present a virtual concert, “The Fellowship of Two Clarks: An Evening of Culture Through Music.” Both Master of Music students in opera, singers Tshombe Selby and Kelsey Watts will perform a collection of opera arias and duets alongside works from their respective cultural backgrounds, accompanied by pianist John Isenberg.

While Selby, Watts and Isenberg will perform in the Casadesus Recital Hall, the free performance will be streamed live from 7:30 to 8:30 p.m. Friday, April 23. The evening will conclude with a moderated Q&A session with the performers. Click here to RSVP.

Selby will perform African-American spirituals during the concert, while Watts will perform Kundiman, a genre of traditional Filipino folk songs.

Originally from Manteo, N.C., and now a second-year master’s student, Selby worked and studied in New York City for seven years. In 2015, he made his solo debut at Carnegie Hall’s Stern auditorium as the tenor soloist for the world premiere of “Exodus” written by Earnestine Rodgers Robinson. An emerging artist at Opera Nuova’s festival in Edmonton, Canada, in 2018, he performed during the inaugural season of the U Artist Music festival in Kiev that same year.

In 2019, he performed at the Metropolitan Opera House as part of the chorus for Wagner’s Gotterdammerung. This spring, Selby will sing the role of Podesta in “La finta giardiniera” at Binghamton University and the role of Nemorino, in “L’elisir d’amore” with Tri Cities Opera.

A soprano originally from New York City, Watts earned bachelor’s degrees in both vocal performance and chemistry from Binghamton. She placed first in her category at the Eastern Regional NATS (National Association of Teachers of Singing) competition three years in a row from 2017 to 2019, was a finalist in the Classical Singer competition and a semi-finalist in the NATS National Competition in 2019.

She has performed as a soloist with the Binghamton University Symphony Orchestra as winner of Binghamton’s Concerto Competition, and the Binghamton Philharmonic, and performed roles in multiple productions with the Opera Ensemble at Binghamton. This spring, she will perform the role of Sandrina in “La finta giardiniera” and cover the role of Adina in Tri-Cities Opera’s production of “L’elisir d’amore.” This summer, Watts will perform as a soloist with Delaware Valley Opera in an opera concert series.