More than ’Little Women’: New book tells the story of Louisa May Alcott 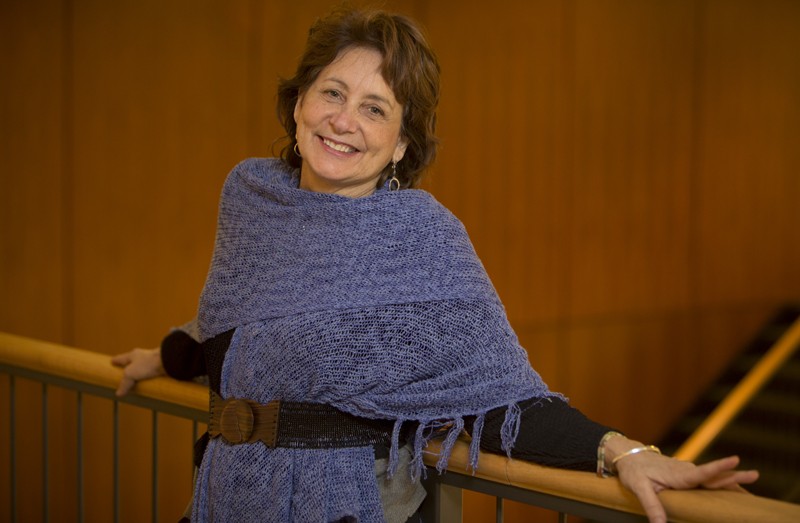 Civil War nurse, social justice warrior and even, briefly, resident of a commune: Most people know Louisa May Alcott as the author of Little Women, but she was so much more.

This quintessential author from 19th-century New England is the subject of Binghamton University English Professor Liz Rosenberg’s latest book, Scribbles, Sorrows and Russet Leather Boots: The Life of Louisa May Alcott. Debuting this fall, it has received strong advance reviews from Kirkus, Booklist, BookTrib and Book riot, and is soon scheduled for an audio release.

Rosenberg draws on surviving journals and letters for a deep look into Alcott, a surprisingly complex figure with a large body of work. In addition to her famous series on the March family, she also wrote more than a dozen other works for young readers, some serious and some frivolous, as well as three long essays that Rosenberg is currently collecting into a special edition book for a British publisher. Hospital Sketches, a book-length essay, is a lightly fictionalized account of Alcott’s time as a Civil War hospital nurse.

“Her duties began days before a particularly grim battle, so she jumped into the hardest kind of nursing work with very little preparation. It was as a war nurse that she came down with typhoid pneumonia and very nearly died,” Rosenberg said. “The effects of mercury poisoning from her ‘cure’ dogged her with ill health for the rest of her life.”

That essay was her first literary success, and featured the same combination of humor, pathos and believability evidenced in her later popular works. In addition to her published writing, she kept a life-long journal and wrote reams of letters, including missives to newspapers to announce her fiery stands on abolition and women’s rights.

Louisa’s parents, Abbey and Bronson, were highly unusual: Bronson a prominent Transcendentalist philosopher whose theories left a lasting mark on education, Abbey one of the first social workers in America who also ran an employment agency for the poor. While Louisa and her three sisters adored their parents, their home life was highly unstable and the future author moved more than 20 times before she turned 18.

“Picture old-school hippies who home-school their children; allow them all kinds of liberties but also fail to provide for their material needs, to the point where the family sometimes existed on bread and water; lived in a commune (which fell apart) in broken down houses and tenement apartments,” Rosenberg recounted.

‘A model human being’

As a child, Rosenberg had two favorite books: Alcott’s Little Women and L.M. Montgomery’s Anne of Green Gables, both of which she has read at least 10 times. Alcott was the subject of the very first biography she ever read: Louisa May Alcott, Girl of Old Boston.

Two years ago, she published a highly-praised biography on Montgomery called House of Dreams: The Life of L.M. Montgomery. That book has already been translated into four languages. A book about Alcott was an inevitable next step.

Writing Montgomery’s biography was emotionally draining, in light of her sad, troubled end by overdose, possibly a suicide. Unlike the brilliant yet edgy Montgomery, Rosenberg describes Alcott as “other-regarding”: someone who put family and friends ahead of herself, and gave away her earnings whether she was rich or poor.

That care extended to the larger world, as well.

“She was a fierce, dedicated social justice warrior, a democratic socialist who believed in equal rights for all, regardless of race, gender, background or income,” Rosenberg said. “She’s a model human being, so her story was and is completely uplifting and inspiring. She’s very much like Jo (from Little Women) — only nicer!”

During the course of her research, Rosenberg discovered some surprises. While digging through original manuscript pages in the Concord Public Library, she came across an early version of Little Women that included a passionate love scene between Jo and Laurie. And there were striking episodes in the author’s life: when teenage Louisa secretly serenaded Ralph Waldo Emerson until an owl spooked her, marriage proposals and less savory ones from her employer, plus a “lost fortnight” in Paris with a young Polish admirer named Ladislaw.

“Writing biography is detective work. You have to be stubborn, persistent and non-judgmental,” Rosenberg said. “Let the material come to you; don’t try to narrow it down into one idea or pigeon-hole the characters. That’s a great challenge — in life as in art.”