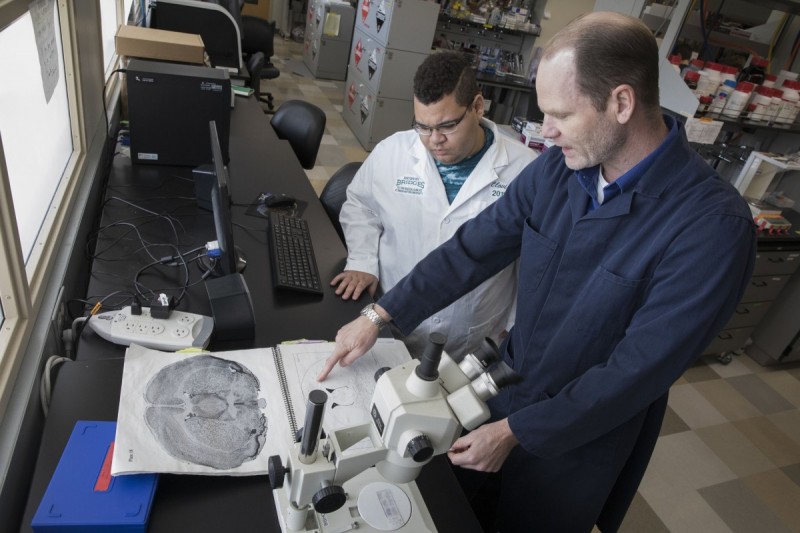 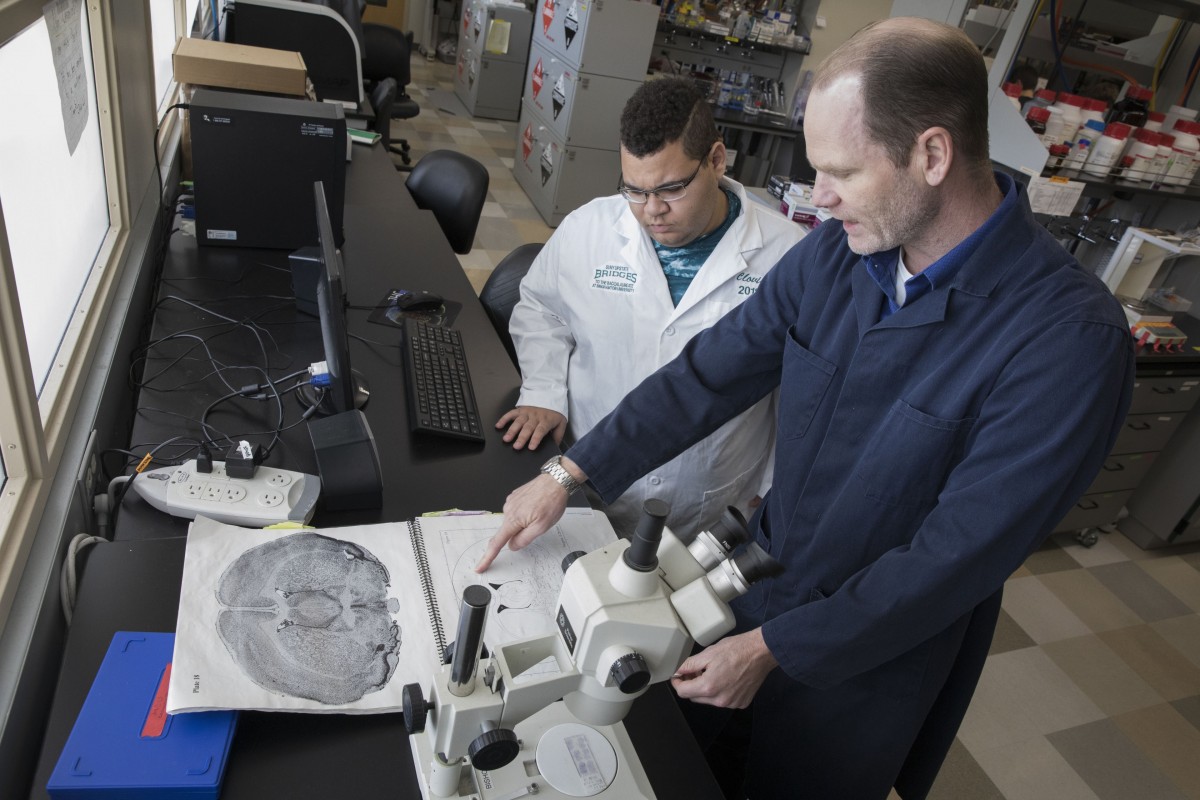 When he came to Binghamton University in 2005, Psychology Professor Christopher Bishop’s research uncovered something interesting: the serotonin system, best known for its influence on mood and motivation, also plays a role in the regulation of movement.

That discovery led to pharmacological research that could lead to better treatments for patients with Parkinson’s disease. There’s only one problem: the research field has long neglected how serotonin neuroplasticity in Parkinson’s disease becomes a central driver for motion.

A five-year, $3.2 million grant from the National Institutes of Health will help address that knowledge gap. Other researchers involved with the project include Barrow Neurological Institute Associate Professor Fredric Manfredsson, a molecular biologist and expert in genetic strategies, and University of Illinois Chicago Professor Kuei-Yuan Tseng, an internationally known neurophysiologist.

“We started by looking at how drugs affected the Parkinsonian phenotype and found some really interesting effects, but didn’t understand all of the effects we were seeing,” Bishop explained. “What this grant is doing is saying, ‘Let’s take a step back and use modern technologies to dissect the neuro-circuits and better understand the mechanisms that are involved in this neuroplasticity.’”

The serotonin system appears to function as a secondary system when it comes to movement. In healthy individuals, it plays a minor role, but Bishop’s work suggests it may act as a surrogate for regulating movement in patients with mid- to late-stage Parkinson’s disease. Not only does it appear to take over for the pathological loss of dopamine cells, but it may even convey the therapeutic benefits of the primary medication for Parkinson’s disease, L-DOPA.

While L-DOPA remains the gold-standard of treatment for Parkinson’s disease, nearly 90% of patients using the drug develop abnormal involuntary movements, or L-DOPA-induced dyskinesias (LID), within a decade that severely affect their quality of life. Research points to brain serotonin neurons as a central cause of these movements.

Treatments have been developed that alleviate dyskinesias, but only a minority of patients have benefited due to their cost, side effects or invasiveness. Researchers have yet to find a way to prevent the development of LID, partly because they don’t know precisely how L-DOPA treatment instigates maladaptive reorganization of these serotonin neurons.

Bishop and his research team have collected preliminary data from human post-mortem tissue that provides exciting new insights into the mechanisms behind serotonin neuroplasticity. Understanding these mechanisms could ultimately lead to treatments that delay or reduce L-DOPA side effects while maintaining its benefits.

“Movement is such an important feature of our survival and our ability to flourish. If we lose movement, evolutionarily, we’re done,” Bishop said. “So there must be these backup systems that come into play. I think what we’re seeing in Parkinson’s disease is the ability of these circuits to rewire sufficiently so that they continue to foster movement and survival.”