From TEDx to landmine detection, Harpur student maps the future 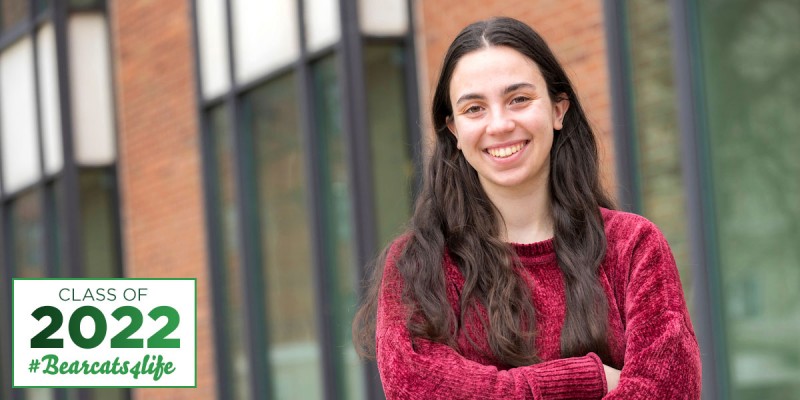 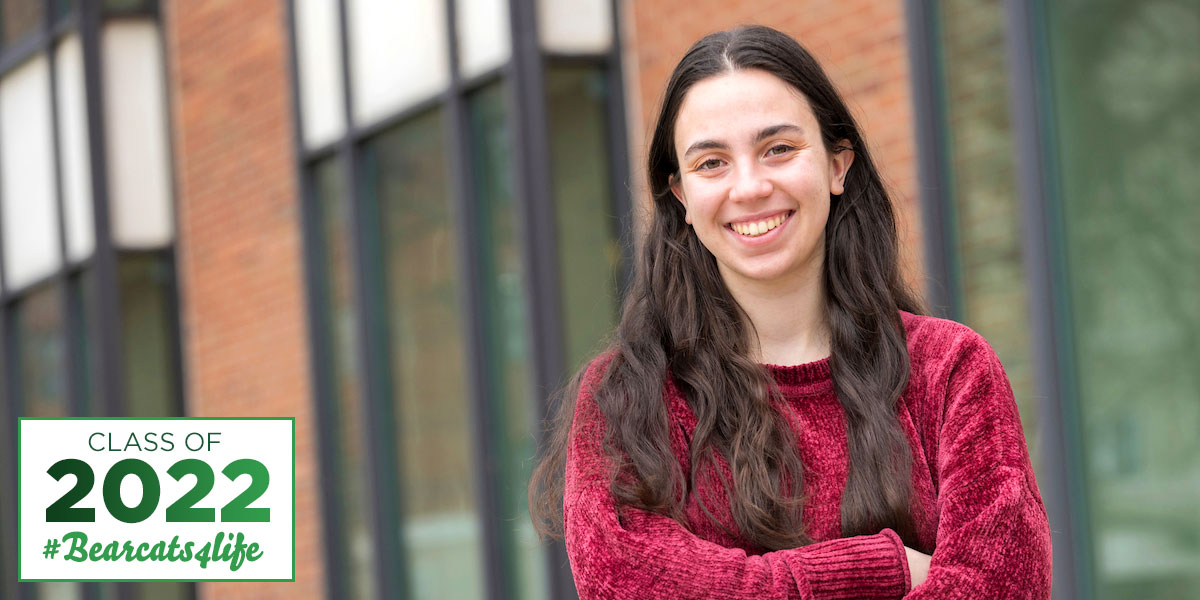 Sofia Fasullo is, at heart, a planner. Her ears perk up at talk of roads and neighborhoods, and she will eagerly chat with you about how the grocery store layouts in Italy pertain to a different cultural relationship with food.

And if you really want to get her talking, ask her about TEDxBinghamtonUniversity, which she has helped organize over the past three years, including the first virtual and hybrid conferences during the coronavirus pandemic.

“My main passion and motivation is community-building,” said the Binghamton University senior, a dual major in statistics and geography. “I’ve always thought about space and how people live, how they’re connected.”

While running with her track team through the Albany streets, Fasullo had the opportunity to explore her hometown’s many neighborhoods. Her curiosity about space and communities also took root during trips to visit her mother’s family in Italy, where she noticed the differences in the layout of cities and the size of grocery stores. With the right amount of planning, she realized that cities can be more affordable, sustainable and green.

Also a member of the campus Running Club, Fasullo hit her stride academically in the First-Year Research Immersion’s environmental visualization stream, for which she researched landmine detection methods using drones and geographic information systems (GIS), a tool that urban planners often use.

Her dual majors mesh perfectly in this work, giving her the knowledge she needs to visualize data and work with GIS mapping; her research in landmine detection also led to a minor in genocide and mass atrocity prevention, she said.

During her final semester in the FRI program, Research Assistant Professor of Geological Sciences and Environmental Studies Timothy DeSmet gave students the opportunity to co-author an article with him, which was then published in The Journal of Conventional Weapons Destruction; Fasullo is among the co-authors. She and her classmates also won the People’s Choice Award at the Geography Department’s GIS Day, following her first-place win the previous year for the landmine project.

DeSmet put Fasullo in touch with a Villanova University laboratory researching the use of specialized robots for landmine removal. Because drones are limited by vegetation and other visual barriers when it comes to mine detection, the Villanova team is working to develop scan units that could go under vegetation, Fasullo explained.

After a summer 2020 trip to Cambodia was scuttled due to the pandemic, Fasullo ended up working virtually from the largely empty Binghamton campus, in the Department of Geological Sciences’ Geophysics and Remote Sensing Laboratory.

“It was actually one of my favorite summers. I really learned a lot of skills because I had the time and space, and I was put right to work doing field tests and data processing,” Fasullo said.

Last summer, she trained another student to continue her work, and visited the robotics team at Villanova. She and the team also presented at the American Geophysical Union Conference last December in New Orleans, where she had the opportunity to meet other scientists.

Planning TEDxBinghamtonUniversity doesn’t require mapping or math, but it presents its own kind of complexity. The annual conference relies on a large team of student volunteers to find speakers, sell tickets, run the event from backstage and more.

During her first year on campus, Fasullo loved Binghamton’s TEDx event and jumped at the chance to plan the next. The coronavirus had other plans.

“Two weeks before the event was supposed to happen, the lockdown happened and we all went home,” she recounted.

But the TEDx crew wasn’t about to give up. It held its first virtual conference that September, filming the speakers in their homes while the student speaker on campus gave a live talk to a limited, socially distant audience.

The next March, TEDx was back on campus, but opted for an all-student lineup. Eighty Bearcats applied, and eight had the opportunity to share their ideas with their peers on the Anderson Center stage.

Fasullo stayed on the organization committee her senior year, giving her the chance to experience a more traditional TEDx event with a lineup that included students, alumni and professionals, as well as student performances and interactive exhibits. She was the only director to return, making her the most experienced organizer — an intimidating prospect at first.

“One of our speakers was an Olympic fencer, so we had the Fencing Club show off the different swords, how you hold them and what they mean,” she said. “We had one of the students from the Fencing Club at Binghamton fence the Olympic fencer on stage. The whole point is that we’re trying to get our community involved.”

She’s been involved in the campus community in other ways, too: jogging the streets with the Running Club, playing clarinet in the orchestra, and jamming on bass in a rock band with her housemates.

During her time at Binghamton, Fasullo also forged meaningful relationships with many of her professors. As part of the Binghamton University Scholars Program, she learned about Istanbul with Associate Professor of History Kent Schull; the class also included spring break in the Turkish city. Associate Director of the GIS Campus Core Facility Kevin Heard gave fascinating lectures on census data. And through Associate Professor of Mathematics Laura Anderson, Fasullo also helped establish BingAWM, the Binghamton chapter of the Association for Women in Mathematics during her junior year.

And she can’t forget DeSmet, who opened the door for so many opportunities.

“He has this great energy; he really cares about his students,” she said.

For his part, DeSmet considers Fasullo one of the most inspiring students he has ever mentored, and not only because of her academic excellence.

“She works extremely hard with tremendous positive energy, and she is dedicated and passionate about helping others by improving the world at the community scale,” he said. “It’s been amazing to see her grow into the inspiring scientist she has become.”

Fasullo wraps up her time at Binghamton with a SUNY Chancellor’s Award for Student Excellence. She will be headed to the University of Pennsylvania for dual master’s degrees in city planning and urban spatial analytics. She will enjoy the chance to live in a big city for a while, to gain a different perspective into urban planning networks. After that, the horizon is open for planning.

“I really hope to be in a job that prioritizes communities and makes sure that communities have a voice in their own development,” she said.