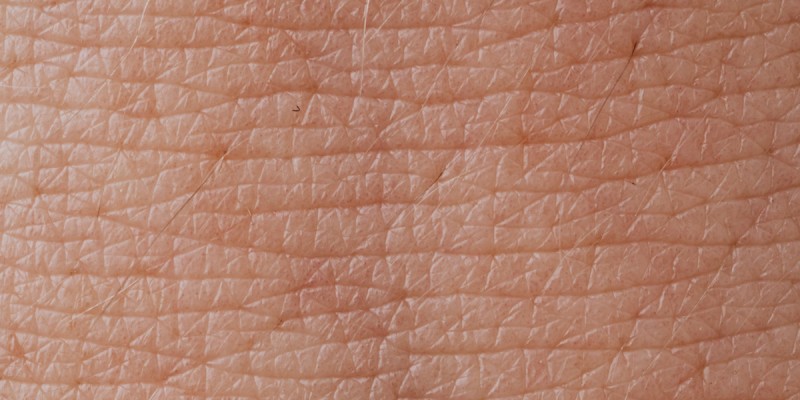 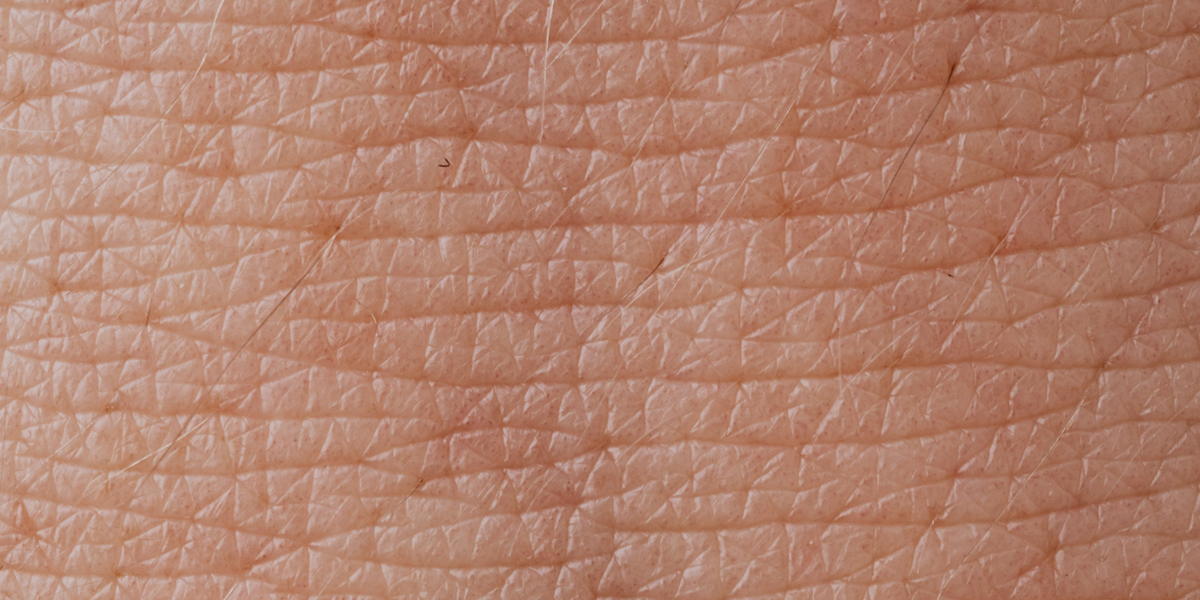 Human skin has evolved to allow maximum durability and flexibility, according to new research from Binghamton University.
By Chris Kocher

As someone who has extensively studied what nature has produced, Associate Professor Guy German likes to tell his students: You think you’re a good engineer, but evolution is a better one.

Reinforcing this point is newly published research from German’s lab regarding the structure of human skin and the amount of damage it can sustain.

The team created membranes from polydimethylsiloxane (PDMS), an inert and nontoxic material used in biomedical research. They mimicked the structure of mammalian skin by covering a soft, compliant layer with a thinner, stiffer outer later.

The “artificial skin” then underwent a series of tests to see how much stress it could take to break. Under the pressure of a sharp or blunt rod, the samples indented to form huge divots before breaking. The researchers also made an interesting discovery.

“There’s a certain structural formation that is optimal,” said German, a faculty member in the Department of Biomedical Engineering at Binghamton University’s Thomas J. Watson College of Engineering and Applied Science.

“We found that when the artificial skin has the same outer (stratum corneum) and inner layer thickness (dermis) as mammalian skin, the rubber membranes maximized both their puncture toughness and deformability. We believe that mammalian skin has evolved or adapted itself to offer the toughest option to mechanical threats while also remaining as deformable as possible.”

Most organisms have a tougher outer layer that can protect a more compliant layer beneath from threats in their environments. In addition to animals, think about nuts, fruits, insects and even microorganisms.

“Mammalian skin offers maximum locomotion and maximum mechanical toughness,” German said. “If it went one way, it would be less flexible, or the other way you would get more flexibility but less toughness. So it’s optimized.”

German and the team also discovered a new type of failure, one that they call coring. If you puncture a material, typically the fracture will begin below the indenter tip, just like piercing a piece of paper with a pencil. But with hyperelastic two-layered materials such as human skin and these artificial skin membranes, fracture occurs far from the indenter tip at large indentation depths. Here, rupture occurs where the membrane is stretched the greatest, on the sides of the divot, leaving a cylindrical core in the membrane. They don’t believe this phenomenon has been observed previously.

German points out that a better understanding about the structure of skin — and artificial skin — will help with an array of different technologies, from flexible electronics and medical devices to product packaging, bulletproof vests and treatments for burn victims. All of these potential uses (and more) mean that researching human skin and how it evolved into its current form is increasingly popular in recent years.

“Scientists and engineers are attracted to studying skin because it’s difficult to understand,” he said. “Skin is heterogeneous and structurally very complex.”

He believes the increase in the power of computers has helped better understand skin biomechanics: “Traditional materials like steel and cement are uniform in composition and easy to characterize. Nowadays, engineers are using their computational know-how to study really complex materials such as skin.”

Since graduating from Binghamton University last year, Maiorana is now a postdoctoral researcher at the University of Connecticut, while Jotawar works in research and development at Abbott Laboratories.