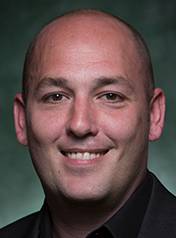 The multiscale mechanics and failure of heterogeneous tissues, the effect of cleansing and cosmetics on tissue mechanics, the mechanics of shaving, the mechanics of skin disorders and methods to alleviate symptoms, encapsulation and assembly of colloidal particles for biomedical applications, interfacial phenomena.

Our research is focused on understanding and controlling soft matter for use in biomedical applications. The term 'soft matter' not only encompasses a broad range of diverse engineered materials such as gels, pastes and emulsions but also many biological tissues. Using both computational and experimental approaches, such as traction force microscopy, we probe the complex dynamics, structure and mechanics of soft materials over a broad range of length scales.

It is commonly assumed that tissues are homogeneous in composition, however they exhibit striking heterogeneities across many length scales, ranging from the cellular to the macroscopic. We are exploring the multi-scale mechanics of tissues in order to better understand their heterogeneous nature, response to applied strains and failure mechanics. We also explore the mechanics of shaving, the onset and alleviation of skin disorders and the effect of cosmetic treatments on the material properties, drying behavior and physiology of tissues. This research has relevance to fundamental skin physics, dermatology and the cosmetics industry.

Like surfactants, colloidal particles adsorbed to fluid interfaces can improve the stabilization of emulsions. Recently, it was discovered that by fusing these particles together, structurally rigid encapsulation devices, or colloidosomes can be created, of particular use in the precise control of drug delivery or encapsulation of biological material. Our research focuses on trying to understand how structurally rigid encapsulation devices and other micro structures can be self assembled using colloids with novel morphology and surface chemistry. The comparable size of these particles to the wavelength of visible light also suggests that these micro structures may be used to create materials with interesting optical properties.

G. German and V. Bertola, 'The spreading behavior of viscoplastic drops,' Colloids and Surfaces A: Physiochemical and Engineering Aspects, 366, pp. 18-26 (2010).