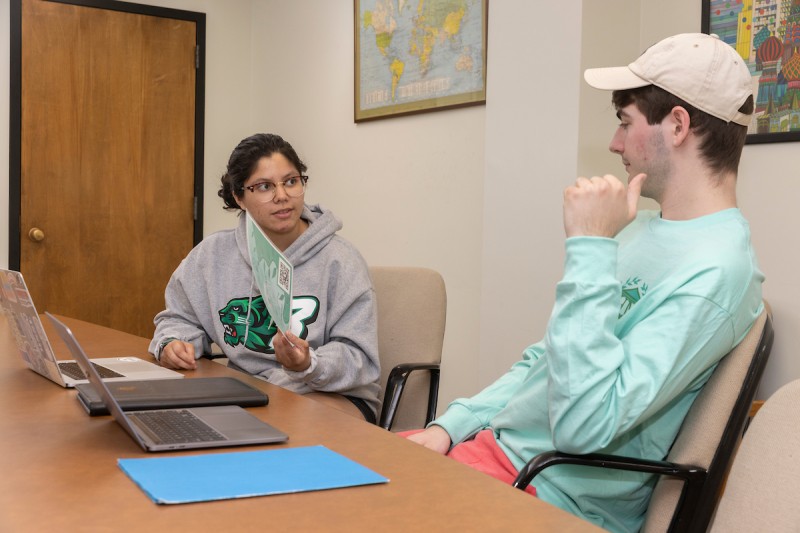 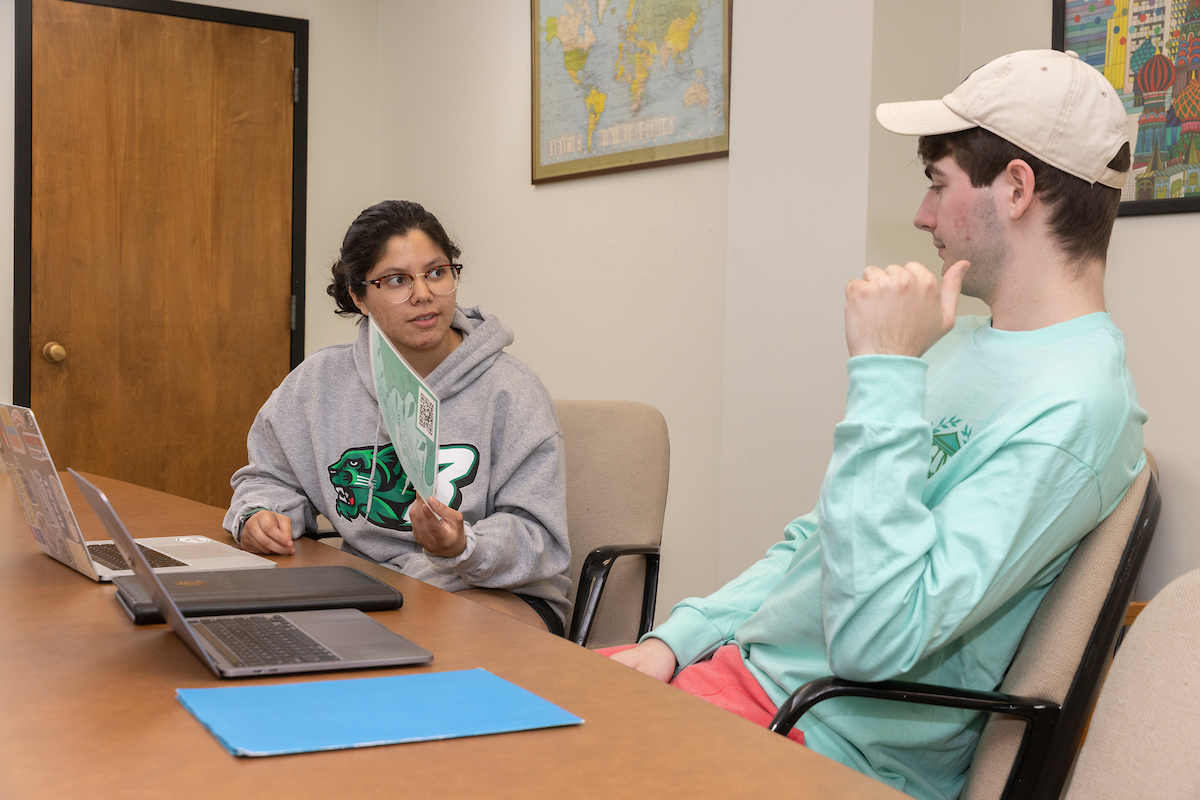 Political parties that disappeared into the mists of history. The breakaway region of Transnitria and its Soviet roots. An interview with a former Congressional candidate. The war in Ukraine.

These are just some of the topics explored by the writers behind Happy Medium, Binghamton University’s new, political science-themed student publication.

Trevor Fornara, a junior philosophy, politics and law (PPL) major, sparked the effort in mid-December, reaching out to co-editors Briana Lopez-Patino and Arwen Fernandez O’Brien, whom he knew from the e-board of the Interdisciplinary Research Club.

“It started out of a realization that there wasn’t this type of forum on campus for political content,” Fornara explained. “We wanted to create an opportunity for political science, PPL and English students who want to build their journalism skills to have that experience, and also create a forum for political discussion within the student body.”

Other student publications tend to be aligned to a particular political perspective or have limited space for op-eds, Fornara said.

He got his start with research through the Source Project, taking the two-course research stream in People, Politics and the Environment taught by Environmental Studies affiliated faculty Valerie Imbruce, also director of the External Scholarships and Undergraduate Research Center. The experience set the stage for his later participation in the Summer Scholars and Artists Program.

After promoting the publication on Instagram and through political sciences classes, the trio received more than 30 writing samples from across campus. Today, they have a team of 26 students, including 20 writers, three executive editors, a copy editor, a political director and a graphic designer. Since the website launched in February, they have published 13 articles, with another dozen under development.

The main audience is Binghamton’s student body, and students in any major are welcome to submit their writing for consideration; writers need to form structured arguments, and approach their topics in a respectful, productive manner.

The title is tongue-in-cheek. The “happy medium” doesn’t really exist in political science, especially when the parties involved must reach a compromise on perceived rights or entitlements. Whatever compromise is reached usually isn’t particularly happy, Fornara explained.

But it’s a pun, too: “medium” also refers to the different media that the organizers would like to explore as they provide political content, from magazines to Instagram to podcasts.

O’Brien, a first-year PPL major and the group’s marketing editor, hopes the publication will provide a continuous stream of respectful, high-quality conversation and idea-sharing among students. If it proves successful at Binghamton, maybe the publication can spread beyond the University, she said.

Reading about other students’ stances on current events helps her keep an open mind, she said.

“Our world has become extremely polarized and, with that, it’s become increasingly harder to talk about different political ideas without fear of facing backlash. It’s important to hear and learn about views other than your own,” explained O’Brien, pointing out that Happy Medium provides this outlet for both readers and writers.

There are no deadlines and quotas at Happy Medium; writers pick their own topics, either of their own formulation or from the publication’s idea pool, and work on them at their own pace. They’re not just limited to print-style articles, either; Happy Medium recently unveiled its first edition of Half Moon, a satirical “political astrology” column available only on Instagram. Fornara also has created a video using After Effects and hopes to develop more graphics for the site.

The executive editing team — Fornara, O’Brien and Lopez-Patino — reviews each project, along with a copy editor. Every piece undergoes several rounds of revision, until everyone feels the piece is ready to publish; new articles go live during Happy Medium’s Tuesday and Friday office hours.

“Happy Medium emphasizes and prioritizes research. When discussing politics, it’s important that everything is factual and/or strongly argued,” explained Lopez-Patino, a junior philosophy major and the managing editor. “This requires intensive research to ensure information is coming from reputable sources. Then, the editors fact-check everything. It’s a lot of work, but it’s worth it in order to be a high-quality publication.”

That being said, the writing style is more akin to newspapers than peer-reviewed journal articles, a deliberate choice.

“One of the main draws of Happy Medium is that it isn’t an academic publication. We’re decidedly non-academic because we want to capture the voice of the students,” Fornara said. “We invite our writers to use the vernacular to make the pieces more conversational and more personal to them.”

Long-term, the editors would like to see readership grow and secure funding from the University to create physical copies of the magazine.

He’ll make some headway toward that dream this summer. Fornara was accepted into the Undergraduate Research Center’s Summer Scholars and Artists Program; for his project, he will investigate the role of non-academic, student-run publications on campus, and analyzing the political op-eds therein. A special print edition of Happy Medium could be in the stars.

Unlike Pipe Dream, the student-run newspaper, Happy Medium stays away from local politics and critiques of the University, which are outside its central mission; as a result, University funding wouldn’t pose a conflict of interest, Fornara explained.

“We are non-partisan, which is exactly what Binghamton needs right now with the political climate,” said Lopez-Patino. “I’m passionate about education, so Happy Medium is a great opportunity to stay informed and contribute to active discussion of various perspectives.”