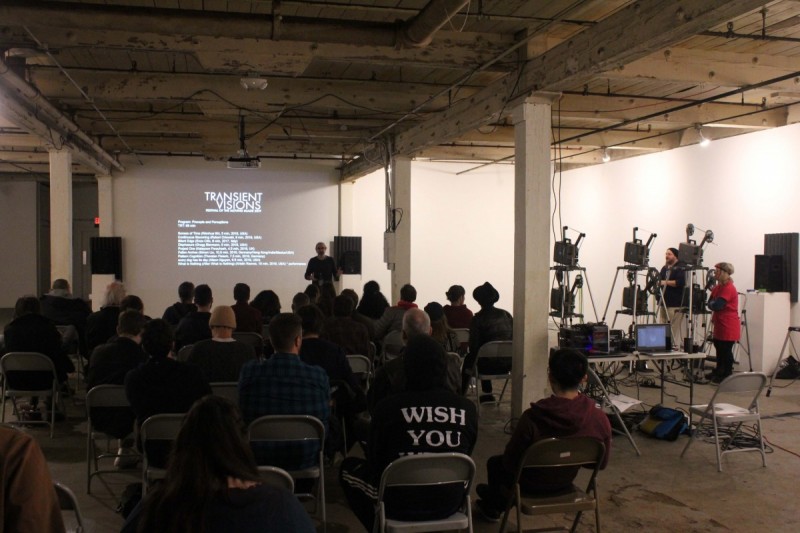 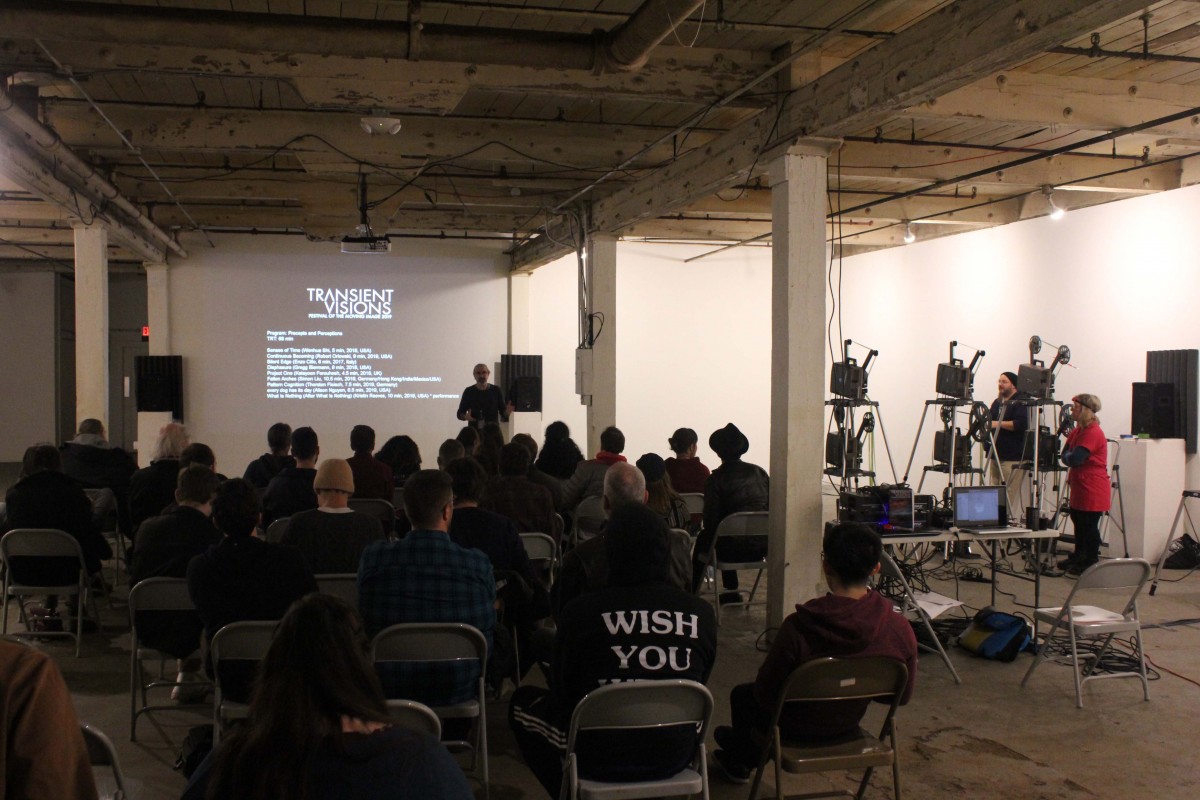 A scene from the 2019 Transient Visions: Festival of the Moving Image in Johnson City. Image Credit: Provided photo.
By Jennifer Micale

When you think of cutting-edge cinematic art, the Southern Tier may not be the first cultural hotspot that springs to mind. But for the past decade, Transient Visions: Festival of the Moving Image has brought art cinema to the region in the only festival of its kind.

Founded by Associate Professor of Cinema Tomonari Nishikawa﻿﻿ and Brian Murphy, an instructional support assistant in the Cinema Department, the festival celebrates its 10th anniversary Oct. 21 and 22 this year at the Spool Contemporary Art Space in Johnson City. For those who prefer a virtual format, the program — which consists of nine films from the nine previous festivals — will also be available on the festival website from Oct. 14 to 20.

The seed for the festival was planted in 2010, when Nishikawa first learned about Spool from his colleagues. He began to attend weekly meetings there, which is where he met Murphy.

“We both are filmmakers, creating short films and videos that would fall into the genre called art, experimental or personal cinema, so I asked Brian if he would be interested in starting a new film festival to showcase such films at Spool,” Nishikawa said.

While such festivals were available globally, nothing of its kind existed locally. Murphy was also involved in audio-visual live performance, so the duo — who have worked as festival curators since 2013 — decided to invite performance artists who work with moving images, as well as filmmakers. Plus, Spool’s open gallery space is highly flexible, allowing for a wide array of multimedia performances, Murphy said.

“We want to make the festival work as a platform for artists to meet in this region and beyond, exchanging and sharing ideas, while developing mutual relationships,” Nishikawa said.

The festival averages around 300 entries a year, which are reviewed by four programmers: Nishikawa and Murphy, WSKG producer Alyssa Micha and Taylor Dunne, an assistant professor teaching film production at Keene State College in New Hampshire. While reviewing and choosing individual programs, each discovers themes and ideas, which they then showcase in four separate programs, Murphy said.

“This is the only festival that focuses solely on art, experimental and personal cinema in this region. If you like something different and challenging, please come,” Nishikawa said.