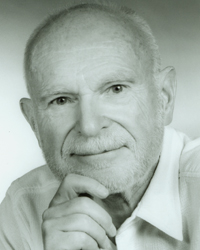 George J. Klir was a Distinguished Professor Emeritus of Systems Science at Binghamton University, State University of New York, faithfully providing service since 1969. His earlier work was in the areas of systems modeling and simulation, logic design, computer architecture and discrete mathematics. His most recent research interests included the areas of intelligent systems, generalized information theory, fuzzy set theory and fuzzy logic, theory of generalized measures and soft computing. He was the author of over 300 articles and 16 books. He also edited 10 books and was editor of the International Journal of General Systems since 1974 and the International Book Series on Systems Science and Systems Engineering since 1985. He was president of SGSR (1981-82), IFSR (1980-84), NAFIPS (1988-1991) and IFSA (1993-1995). He was honored as a fellow of IEEE and IFSA, and received numerous awards and honors, including five honorary doctoral degrees, the Gold Medal of Bernard Bolzano, the Lotfi A. Zadeh Best Paper Award, the Kaufmann's Gold Medal, the SUNY Chancellor's Award for Excellence in Research and the IFSA Award for Outstanding Achievement. His biography is included in many biographical sources, including Who's Who in America, Who's Who in the World, American Men and Women of Science, Outstanding Educators of America, Contemporary Authors, etc. His research was supported for more than 20 years by grants from the NSF, ONR, Air Force, NASA, NATO, Sandia Laboratories and some industries.

1979: Methodology in Systems Modelling and Simulation, North-Holland, Amsterdam (with B. P. Zeigler, M. S. Elzas, and T. I. Oren).