Malaria affects almost half of the world's population today. Annually, it is responsible for up to 500 million clinical cases and between one to three million deaths, mostly in children under the age of five. Global malaria eradication and control programs rely on multi-faceted strategies that include residual indoor spraying with insecticides to control Anopheles vectors, use of bed nets to reduce transmission, and administration of antimalarials for both prophylaxis and active treatments. Binghamton University's Biomedical Anthropology Program faculty members J. Koji Lum and Ralph M. Garruto, and students Chim Chan, Dana Reiff and Rita Spathis are examining how cloroquine resistance has developed in isolated Pacific populations with endemic and epidemic disease.

Historically, chloroquine had been the antimalarial of choice because it was inexpensive, effective against all four Plasmodium species that infect humans, and well tolerated even among children and pregnant women. Chloroquine in its active form targets the digestive vacuole of the parasite and interferes with the elimination of the toxic heme. After invading the red blood cells, the parasite breaks down hemoglobin in the digestive vacuole for essential amino acids and polymerizes the iron-containing heme to nontoxic hemozoin. Chloroquine prevents such polymerization by binding to hemozoin, resulting in the buildup of toxic heme that disrupts normal membrane functions and kills the parasite. 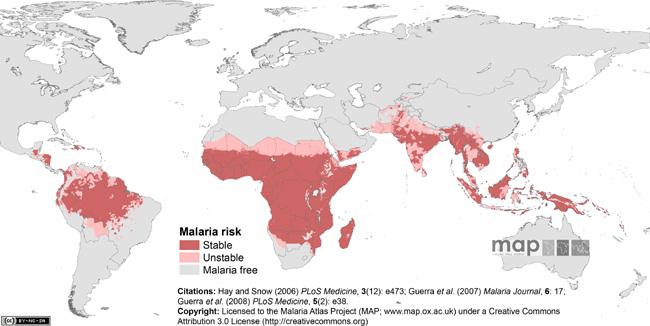