Alumni of the Graduate Program in the History and Theory of Art and Architecture at Binghamton University have, since the late 1960s, gone on to take up significant academic and curatorial appointments in universities and museums across the United States and abroad, as well as positions in museum education, historic preservation, visual resources management and corporate research, among many other professional fields.

Current Affiliations and Positions of PhD Recipients since 2001. View our interactive map. 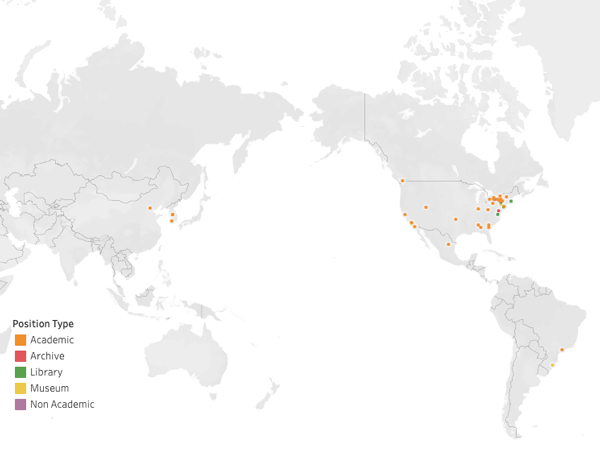