Since 1965, Harpur Cinema has been seeking to bring to campus a range of significant films that in most cases would not be available to local audiences. Our program is international in scope, emphasizing foreign and independent films, as well as important films from the historical archive. All foreign films are shown in their original language with English subtitles.

Lecture Hall 6, unless otherwise noted
7:30pm on Friday and Sunday

$4 Single Admission
*Tickets will be for sale at the door from 7:00pm on the evening of the screening. Free admission to students currently enrolled in CINE 121.

Refund Policy: When we experience technical issues, the projectionist will get contact information of the attendees. The attendees will be contacted by the department, and they would need to come to the Cinema Department office (CW-B41, basement of Classroom Wing) within 4 weeks from receiving notice to get a refund.

Friday, 28 Oct & Sunday, 30 Oct:
ONE WAY OR ANOTHER
Sara Gómez, Cuba, 1977, 73 min
The only feature from the radical Afro-Cuban filmmaker Sara Gómez—who also worked as an assistant director with Agnès Varda and Tomás Gutiérrez Alea before her untimely death at age thirty-one—is an extraordinary portrait of post-revolution Cuba. Blending invaluable documentary footage with a loose narrative about the budding relationship between an outspoken schoolteacher (Yolanda Cuellar) and a young worker (Mario Balmaseda) facing a moral crisis, One Way or Another depicts revolution as an ongoing process that takes place at the level of community—among friends, lovers, coworkers, teachers, students, and parents, all of whom must work together to negotiate a new social order. Above all, Gómez offers a trenchant intersectional critique of the lingering sexism and machismo that, she argues, must be cleared away in order to create a truly just society.
_____________________________________________________________________________________

Friday, 4 Nov & Sunday, 6 Nov:
COME AND SEE
Elem Klimov, Soviet Union, 1985, 142 min
This widely acclaimed film from Soviet director Elem Klimov is a stunning, senses-shattering plunge into the dehumanizing horrors of war. As Nazi forces encroach on his small village in present-day Belarus, teenage Flyora (Aleksei Kravchenko, in one of the screen’s most searing depictions of anguish since Renée Falconetti’s Joan of Arc) eagerly joins the Soviet resistance. Rather than the adventure and glory he envisioned, what he finds is a waking nightmare of unimaginable carnage and cruelty—rendered with a feverish, otherworldly intensity by Klimov’s subjective camerawork and expressionistic sound design. Nearly suppressed by Soviet censors who took eight years to approve its script, Come and See is perhaps the most visceral, impossible-to-forget antiwar film ever made.

Friday, 11 Nov & Sunday, 13 Nov:
FILM ABOUT A FATHER WHO
Lynne Sachs, United States, 2020, 74 minutes
Over a period of 35 years between 1984 and 2019, filmmaker Lynne Sachs shot 8 and 16mm film, videotape and digital images of her father, Ira Sachs Sr., a bon vivant and pioneering businessman from Park City, Utah. Film About a Father Who is her attempt to understand the web that connects a child to her parent and a sister to her siblings.
With a nod to the Cubist renderings of a face, Sachs' cinematic exploration of her father offers simultaneous, sometimes contradictory, views of one seemingly unknowable man who is publicly the uninhibited center of the frame yet privately ensconced in secrets. With this meditation on fatherhood and masculinity, Sachs allows herself and her audience to see beneath the surface of the skin, beyond the projected reality. As the startling facts mount, she discovers more about her father than she had ever hoped to reveal.
_____________________________________________________________________________________ 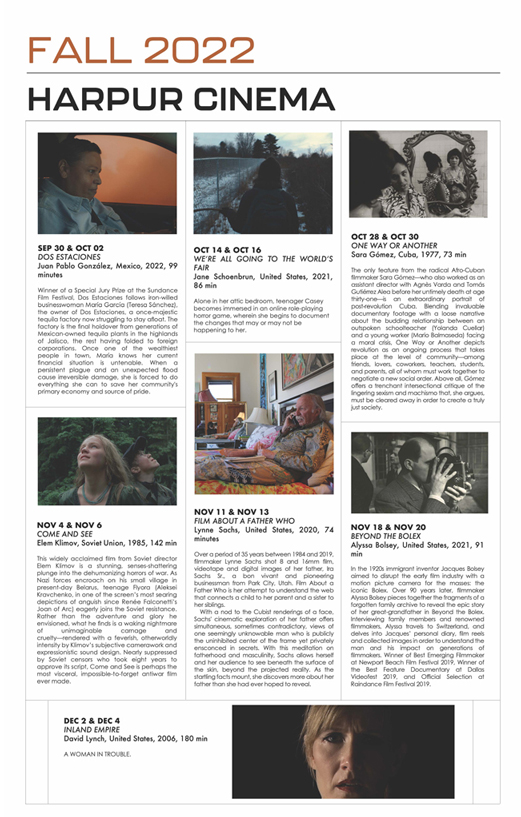