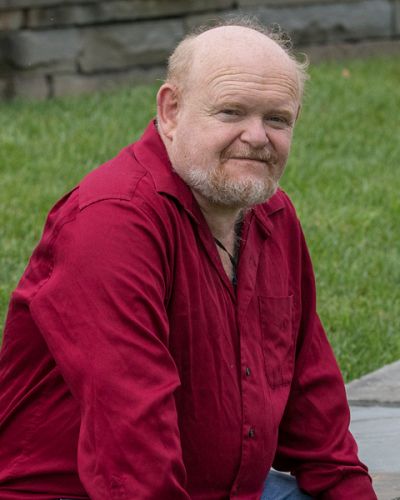 Joseph Weil is an assistant professor who teaches poetry as well as fiction at both the graduate and under graduate levels. Since 2008, four full length volumes of his poems have been published: What Remains (Night Shade, 2008) Painting the Christmas Trees (Texas Review Press), The Plumber's Apprentice (New York Quarterly books, 2009)), and most recently, The Great Grandmother Light, New and Selected (New York Quarterly books, 2013). Joseph Millar called The Great Grandmother Light, “a Fine, full blooded collection.” The Toronto Quarterly featured The Great Grandmother Light in a full length interview with the author. The book was reviewed favorably in the American Reader, and is listed as one of the top 13 poetry collections of 2013 by the poet Sean Thomas Dougherty.

Weil's poems, essays, reviews and stories appear or are forthcoming in The Paterson Literary review, MAGGY, Omnibus, The New Renaissance, The Saranac Review, Rattle, The Louisiana Review of Literature, Paddlefish, Best American Poems on line, the New York Times, and The Boston Review, among others. He has been featured on PBS' Fooling with Words with Bill Moyers, on NJPBS, in the Sunday section of the New York Times, and on Pacifica Radio. Weil also has the pleasure of having been quoted in the February 2009 issue of Notable quotes in the New Yorker. His work may be found in several anthologies, most recently Working Words by Coffee House press. He is fiction editor of Ragazine, former publisher/founder of Monk Books, Current publisher of Cat in the Sun Press, and a frequent contributor to ThethePoetry.com, an international blog built by some of Weil's former students around his essays on poetry and literature.

Weil is a noted performer who has presented both poetry and music at such venues as the New Jersey State Performing Arts center, the Knitting Factory,The Detroit Opera house, The Walt Whitman Cultural arts center, Poet's House, the University of Pittsburgh, and at the Geraldine R. Dodge poetry festivals in 1992, 2002, and 2008. As a poet Weil has featured with Stephen Dunn, Allen Ginsberg, Gerald Stern, Louise Gluck, Wanda Coleman, Jan Beatty, and Patricia Smith. . As a musician Weil has played with such noteworthy performers as Sweet Sue Terry, Perry Robinson, the academy award winning composer Earl Robinson, and Vic Ruggerio, well known leader of the Ska Band, the Slackers. Weil often combines music and poetry and will come out with a CD of his collaborations in late, 2014. He has been nominated 10 times for the Pushcart, and is the 2013 winner of the Working People's Poetry Competition from Partisan Press for his poem, “The First Time I got Up Early.” Weil has also won two NFAAA awards for outstanding teaching in the arts. He and his wife's collaborative work, West of Home, will be produced as a theater production in Brooklyn sometime in the early summer of 2014. Weil currently makes his home in Binghamton with his wife, and two children,. Clare and Gabriel.