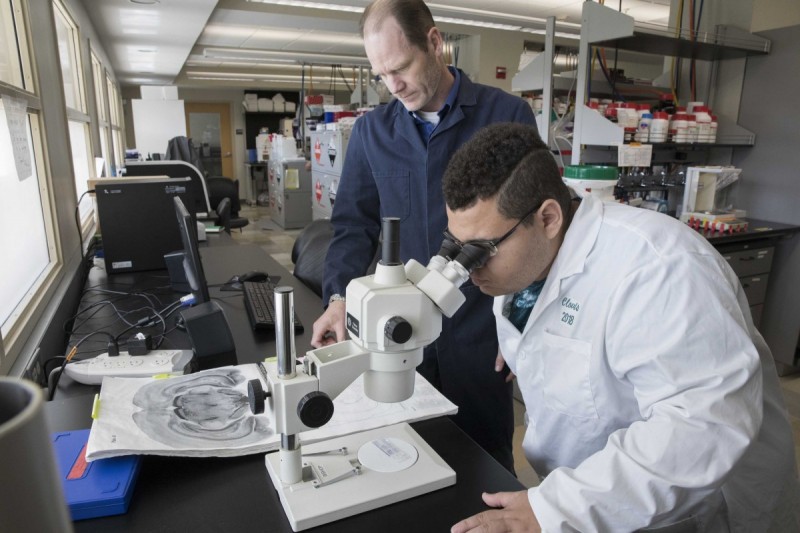 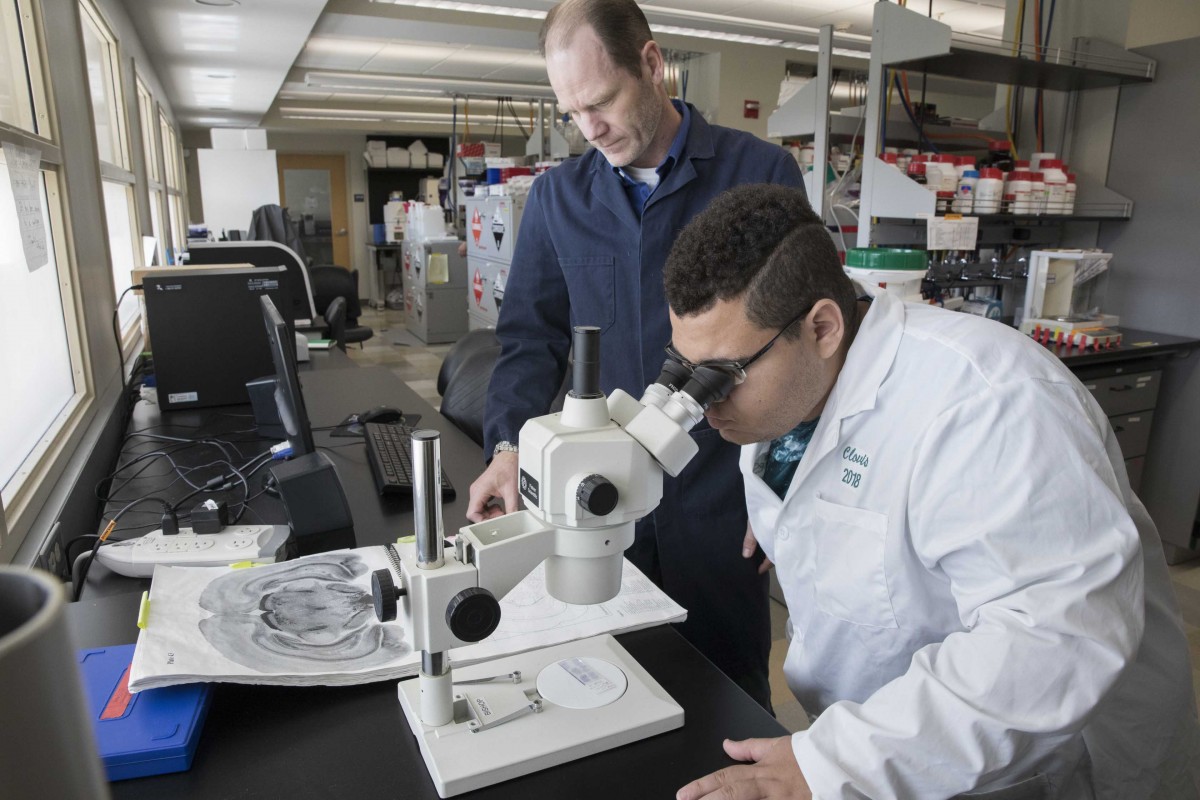 One of the world’s most common and devastating movement disorders, Parkinson’s disease consigns its sufferers to stillness, stealing the dopamine from their brain and, with it, the ability to move.

To counteract this, the standard treatment replaces the lost dopamine with L-DOPA. But long-term use leads to a condition that is perhaps the polar opposite of Parkinson’s: dyskinesia, or erratic, involuntary movement.

“The problem with the current treatment is that when people are on L-DOPA for five to 10 years, they start to develop side effects from their medication that some actually report as being as debilitating as the disease itself,” explained Professor Christopher Bishop, director of Binghamton University’s Integrative Neuroscience program. “It can make them reticent to take therapeutic doses of L-DOPA.”

That’s why Bishop and his research partner, Barrow Neurological Institute Associate Professor Fredric Manfredsson, are working to develop a new therapy that mitigates those side effects. To that end, they recently received a $50,000 grant from the SUNY Technology Accelerator Fund, which helps faculty inventors and scientists turn their research into market-ready technologies.

Bishop’s laboratory uses rat models and a combination of behavioral, neurochemical and neuroanatomical techniques to characterize the role of different neurotransmitter systems and neuro-circuits involved in Parkinsonian symptoms, as well as the side effects of existing therapies.

Geophysics and Remote Sensing Laboratory Director Timothy de Smet and Assistant Professor of Geological Sciences and Environmental Studies Alex Nikulin also received a $40,000 grant from the SUNY Technology Accelerator Fund for the development of a system that locates orphaned oil and gas wells.

Their startup company, Aletair, has received support from Binghamton University’s Koffman Southern Tier Incubator. Initial research efforts employed drone technology to identify unexploded ordinance on the battlefield. The duo pivoted to address a pressing issue close to home: the estimated 2 million abandoned oil and gas wells in the United States, which pose environmental hazards. Their system, which they have tested in western New York, detects magnetic anomalies in the metal casings of abandoned oil and gas wells, pinpointing their location.

Bishop has been researching this mechanism since arriving at Binghamton in 2005, and has received funding from the National Institutes of Health to study the science behind it. In the last five years, his laboratory has identified compounds approved by the federal Food and Drug Administration (FDA) that might help reduce L-DOPA’s side effects.

“To bring a medicine from conception to using it in a person takes more than a decade and millions, maybe hundreds of millions of dollars,” Bishop said. “Taking a compound that has already been developed and shown to be safe in humans and repurposing it for those individuals costs far less money.”

In this particular project, the researchers are looking at FDA-approved drugs for depression. The 1980s through the early 2000s saw the development of multiple drugs that treat depression or anxiety by affecting the neurotransmitter serotonin, Bishop explained. Some received approval from the FDA, but many others remain on the shelf.

The SUNY grant will enable Bishop’s laboratory to continue its research, seeing if the results are replicable. If they are, it gives the researchers a stronger argument to persuade industry partners to repurpose these medications for Parkinson’s disease. That could potentially lead to clinical trials in a year or two.

The research is a team effort including graduate and undergraduate students, as well as a varied cast of collaborators in the field.

“We’re really excited to try this out. I think we have the opportunity to find out fairly quickly whether this drug might be a step forward for patients,” Bishop said. “That’s really why we do this work. If we could help improve a patient’s life, that would be really big deal for us.”