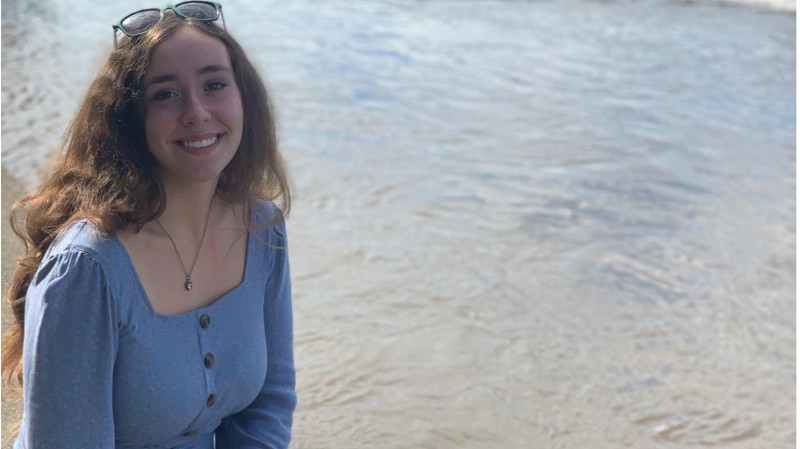 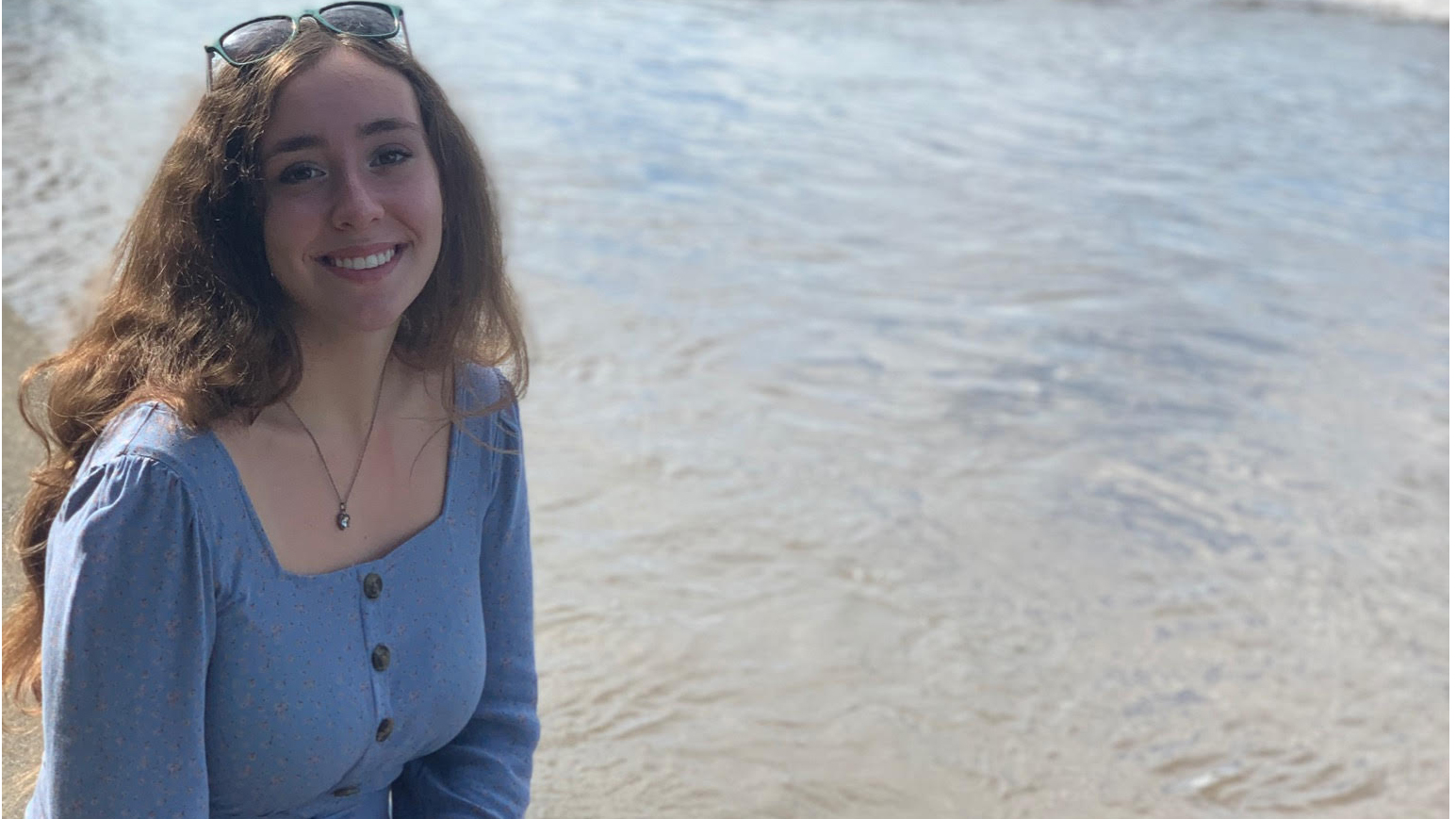 To human eyes, a grassy field may seem lush and green, but to pollinators it may as well be a desert.

Even a typical landscaped yard or garden presents scant pickings to native pollinators such as bumblebees and butterflies, explained Research Assistant Professor Christina Baer. Plants popular in gardening and landscaping have typically been bred to have more petals, interesting colors or other aesthetic features, but are sometimes difficult for pollinators to recognize and may lack the pollen and nectar they need to thrive.

To pollinators, the native plant garden created by junior Nora Hines is a veritable oasis. The environmental science major received $4,000 for her Harpur Fellows project in partnership with the Binghamton Parks Department to create a pollinator garden in Sandy Beach Park.

The seed was planted during her first summer away from her Catskills hometown, and she found herself thinking about her dog and the fun times they spend hiking together. During those hikes, she often would see her favorite flower: mountain laurel.

“When we’re up on the mountain, they’re always blooming. My dog likes running through the bushes, and there are tons of bees and flowers everywhere. It’s one of the most beautiful things ever,” she said. “I was just thinking about how much I was going to miss that, and I wondered if there was anywhere in Binghamton like that.”

Her project, in essence, recreates that Catskills beauty in a Binghamton milieu — while supporting the local ecosystem.

The parks department had wanted to covert an empty field in the South Side park, which abuts the Susquehanna River, into an interactive natural area where children could work hands-on with nature. Hines proposed a garden with native plants to benefit pollinator populations, which include bees, butterflies, wasps, moths, beetles, ants and birds.

To support as many pollinator species as she could, Hines chose native plants that bloomed at different times of the year and with different colors. They include well-known plants such as milkweed, a favorite of monarch butterflies, and coneflower, which can be seen in plantings on campus. An Eastern redbud tree sat in the middle, although it’s proven somewhat difficult to safeguard from deer, as well as bushes and tall grasses.

There are lesser-known species, too, such as goatsbeard. Because not every plant was immediately available from nurseries, Hines had to be flexible with her planting plan and swap in substitutions as needed.

She used a spreadsheet to track plant species, bloom times, plant height and flower colors, and contacted eight different nurseries within a 90-minute drive of Binghamton.

“Nora’s garden is very well-designed because, in addition to flowers, it also provides winter shelter and food plants for caterpillars,” said Baer, who mentored Hines during the project. “Without pollinators, most plants, including about 80% of crop plants, would be unable to reproduce.”

There’s a human element, too: Working on the garden, Hines also fell in love with Binghamton and its people, who were out walking dogs, boating on the water or just enjoying the day.

“When I was at the park, I met so many great people who were happy about the garden being there. One woman would help me water every now and then, which was nice because I had to lug these giant watering cans back and forth from the river to the garden,” she said.

In high school, Hines knew she would pursue a path in environmental science and was initially drawn by Binghamton’s First-year Research Immersion Program, which has a stream in ecological genetics. Professors who made an impact on her educational journey include Baer, with whom Hines is pursuing independent research, and adjunct faculty member Susan Ryan, who is also involved in the Evolutionary Studies (EvoS) program; Hines is an EvoS minor and president of the Evolution Club.

So far, she has been able to accrue a variety of experiences in environmental science. Wherever she ends up professionally, she knows she will be happy as long as she continues working in the field she loves.

In the short term, Hines hopes to turn her Harpur Fellows project into an honors thesis, tracking the different pollinator species that show up at the garden and potentially partnering with a social sciences major to assess its impact on the local community.

She encourages other Harpur College students to consider applying for a Harpur Fellowship.

“If you have an idea that’s beneficial, definitely reach out and apply,” she said. “It’s an amazing opportunity and it completely changed my Binghamton experience for the better.”