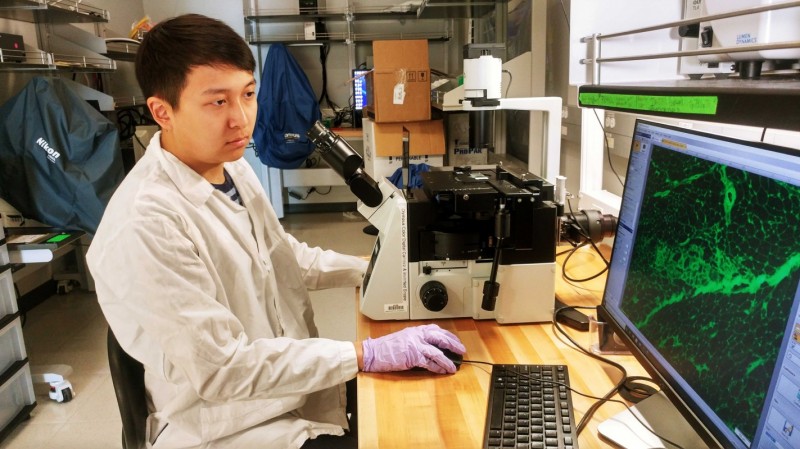 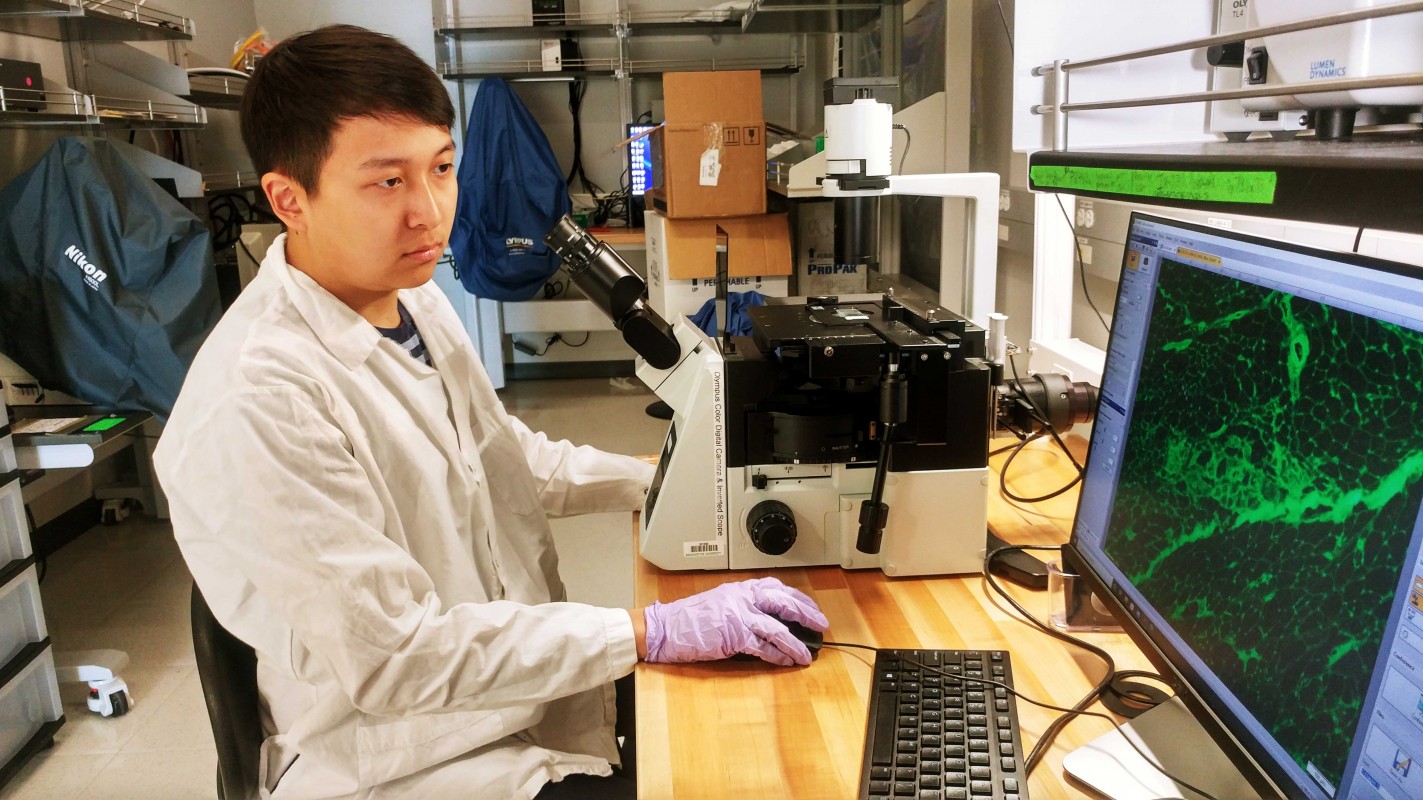 For Ernest Wang and Joseph Won, research is more than a future career: It’s a call to adventure, a way to contribute to the unfolding of knowledge and even a means to change the world.

The Binghamton University juniors recently received the prestigious Barry Goldwater Scholarship, which is given to sophomores and juniors who demonstrate potential in research. The award covers a full year’s tuition.

“Goldwater is an extremely competitive program; we can only select four nominees from Binghamton, who go on to compete against students from all over the country,” said Director of External Scholarships and the Undergraduate Research Center Valerie Imbruce. “As we build the strength of our undergraduate research programs and expand opportunities on campus, we enable our students to be recognized.”

Both Won and Wang are originally from Long Island and chose Binghamton due to its strength as a research school. While their disciplines differ — Won is majoring in biological anthropology and Wang in integrative neuroscience and philosophy — the two first developed their love of research in childhood.

Wang has long been fascinated with the brain and he wants to help develop treatments for brain-related diseases and disorders. He’s had a head start: During high school, he volunteered at Johns Hopkins University over the summer, researching amyotrophic lateral sclerosis (ALS). In fact, a manuscript he started during that time was published last year, with him as first author.

“Coming here, I knew I wanted to get involved in research from the get-go,” he said. “Over the summer before my freshman year, I was reaching out to different labs to see if there was a placement for me.”

He ended up in Associate Professor of Pharmaceutical Sciences Aaron Beedle’s lab, which focuses on neurodegenerative diseases. While there, Wang aided research into drug treatments for a particular form of muscular dystrophy.

For his part, Won found early inspiration in dinosaur fossils and Indiana Jones.

“Research is at the frontier of what the scientific community knows; I think that’s really exhilarating. I’ve dreamed about being at that frontier since I was a child,” he said. “Now that I’m in college, it’s such an adventure! A younger me would be so fascinated in the work I’m doing.”

That work has been wide-ranging. Part of the First-Year Research Immersion program under Research Assistant Professor Timothy De Smet, Won developed a cheap, remote-sensing method to study the deer population in the Binghamton University Nature Preserve and its impact in forest regeneration.

Under Professor of Anthropology Rolf Quam, he is studying the Ice Age remains of ancient humans at the Museum of Natural History in New York City; the fossils, which were recently rediscovered, hadn’t been studied since the 19th century. In a third research project, Won is studying and comparing the neuroanatomy of different primate species in partnership with Stony Brook University.

This summer, he will be headed to Kenya for six weeks to search for and study human fossils, and the ecology and geology of the region. That aligns well with his long-term goals: to become an anthropology professor himself and research the survey methods used by biological anthropologists to locate fossils.

The importance of mentors

Mentors have made a difference for both Won and Wang, opening the door to new opportunities — including the Goldwater award.

Both De Smet and Quam have played a major role in developing Won’s research skills, while Wang has a deep appreciation for Beedle, who took a chance on welcoming an unknown student into her lab before he even started at Binghamton.

“She’s been a mentor during every step of the process. She really takes the time to talk about the techniques and the science behind everything with not only myself, but with the other students in the lab,” he said.

For students considering a future in research, Wang had some advice: Don’t be discouraged if the first professor or lab you contact turns you down.

“Over the course of my high school experience, I reached out to probably around 150 different labs and I only got one acceptance,” he said. “Research is full of ups and downs — there are a lot of downs. But don’t be afraid to keep looking for opportunities.”