Associate professor Sha Jin with a group of students who worked on the study. 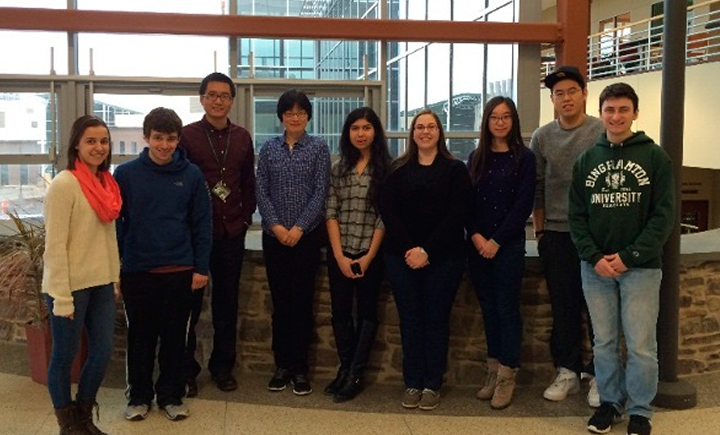 Associate professor Sha Jin with a group of students who worked on the study.
By Rachael Flores 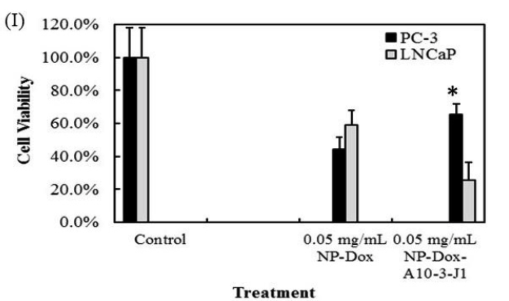 The study came about as a way to solve a common problem with traditional chemotherapy treatments. Jin explained that “chemotherapy works on cancer cells because of how toxic it is. However, that means it also kills the healthy cells that are typically more sensitive than cancerous tumor cells.”

The goal of the study was to find a way to deliver chemotherapy directly to the cancerous cells so that the healthy cells can remain relatively unharmed. Jin and Ye used altered nanoparticles to get the job done.

“Nanoparticles are extremely small but have a large surface area compared to their volume. This makes them ideal for delivering medicine,” said Jin.

As for how to get those nanoparticles to target only the cancerous cells, Jin and Ye came up with a way to direct the nanoparticles, using prostate cancer cells to test their concept.

“A protein called prostate-specific membrane antigen, or PSMA, is produced at a high level in some prostate cancer cells. That means it’s a marker that we can target,” explained Jin.

To target the PSMA, an appendage was added to the nanoparticle that has a high binding affinity for proteins. Once added, the nanoparticles filled with chemotherapy drugs bonded tightly to the cancerous cells and left most of the healthy cells alone. That means this type of chemotherapy is more effective and less damaging.

Another benefit of this study is that the nanoparticles used are already FDA approved.

“A lot of interesting studies with nanoparticles have come out in recent years, but without that FDA approval it will be awhile before the studies are useful,” said Jin. The fact that this particular nanoparticle has already been approved means that the benefits could be seen for patients much sooner.