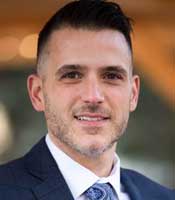 John M. Marraffa Jr. is the vice president of government affairs and healthcare services integration at KPH Healthcare Services. Marraffa focuses on scaling and driving valuable outcomes for pharmacy programs, as well as identifying new opportunities and partnerships for the delivery of integrated healthcare solutions throughout the KPH organization.

KPH Healthcare Services is comprised of Kinney Drugs, ProAct, HealthDirect Pharmacy Services and Noble Health Services. Marraffa is responsible for proactively monitoring state and federal legislative and regulatory developments and working with internal and external stakeholders to assess and craft effective responses. He also serves as the organization’s HIPAA privacy officer. Marraffa is licensed to practice in New York, Illinois and Vermont.

Prior to his current role, Marraffa was the regional healthcare director for New Jersey, New York and Eastern Pennsylvania for the Walgreens Co., responsible for executing healthcare strategies that integrated all Walgreens healthcare offerings. He advised on pharmacy strategy, engaged and empowered others, led change and drove results using management principles, employee development and relationship building. Marraffa was also responsible for ensuring that his region was in compliance with laws, company polices, DEA and BOP regulations.

Marraffa served Walgreens for 14 years since joining the company as a registered pharmacist. He excelled at Walgreens and became a pharmacy manager in 2006 and a district pharmacy supervisor in 2008.

Marraffa received his bachelor’s degree in pharmacy from Albany College of Pharmacy and Health Sciences in 2003,where he served as president of his class.

On Sept. 16, 2014, Marraffa was appointed to the New York State Board of Pharmacy, where he currently serves as the vice chairman.

He served on the National Association of Boards of Pharmacy Task Force on the Regulation of Pharmacist Care Services, where he was responsible for reviewing existing state laws and regulations pertaining to the provision of pharmacist care outside of the traditional pharmacy setting. Marraffa previously served on the Task Force of the RPh Integrated Communication Skills Exam and currently serves on the NABP 2018-2019 Committee on Constitution and Bylaws.

In 2015, Marraffa joined the Albany College of Pharmacy and Health Sciences (ACPHS) President’s Advisory Council (PAC), selected by ACPHS President Greg Dewey to offer insights into how educational institutions should respond to long term trends in the health science and health care industries. The PAC is comprised of leaders in the corporate, academic and not-for-profit sectors.

In March 2016, Marraffa was appointed as chair of the NYS Board of Pharmacy Counseling Committee, which is charged with ensuring that patients are appropriately counseled on their medication regimens in the community setting. The committee will also study the barriers that currently exist in various settings that can prevent pharmacists from adequately counseling.

Also in March 2016, Marraffa was selected by Gloria Meredith, founding dean of Binghamton University’s School of Pharmacy and Pharmaceutical Sciences, to join her Advisory Committee. This committee advises the dean on how to educate the next generation of pharmacists so that they are prepared to practice at the top of their licenses.

As an involved community member, Marraffa was selected as the corporate walk chair for the Leukemia and Lymphoma Society “Light the Night” walks and also served as the Walgreens Co. Corporate Social Responsibility Champion. He has served on the American Cancer Society’s Relay for Life Planning Committee and received the Shining Star Award for exemplary service to the organization.

Marraffa and his wife Lauren have two sons, Nico and JJ, and a boxer dog, Roxy.