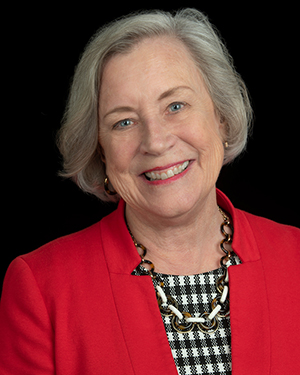 Gloria Meredith, PhD, was on the faculty at Vrije ("Free") University in Amsterdam in the Netherlands from 1987 to 1994. In 1994, she moved to Dublin to join the faculty at the Royal College of Surgeons in Ireland, carrying out research funded by the Health Research Board (Irish equivalent of NIH) and the Wellcome Trust. In 1999, she returned to the United States and joined the faculty at the University of Missouri Kansas City School of Medicine and moved to the Chicago Medical School in 2002. In 2015, she became dean of the newly established Binghamton University School of Pharmacy and Pharmaceutical Sciences.

Meredith's NIH-funded research has focused on neuroprotection in a chronic mouse model of Parkinson's disease and mechanisms underlying drug craving in a rat model of amphetamine abuse. Her research focusing on neuroprotection and levodopa-induced dyskinesia in Parkinson's disease led to discovery of an aberrant structural plasticity and inflammation in a rat model of dyskinesia.

Her lab has also demonstrated that the glutamatergic supply from the cortex increases the innervation of the striatum, where medium spiny neurons adjust the shape of spines to accommodate this increase by creating multisynaptic mushroom spines. In 2007, Meredith's work with a chronic mouse model of Parkinson's disease demonstrated that neuroprotection with a calcium channel blocker led to a partial rescue of the dopamine neurons; a drug that is now in Phase III clinical trials in patients.

Meredith's work also focuses on basic mechanisms of drug craving in an animal model of amphetamine abuse. Her lab has demonstrated structural and functional changes in the amygdala are the result of the aberrant learning, underlying drug-seeking behavior and are not due to drug alone. This amygdalar plasticity appears to be unique to drug seeking behavior, since the plasticity does not occur with contextual fear conditioning.

She has more than 170 publications.