COVID-19: WILL DEMOCRACY DOOM US OR SAVE US?

Multitude of government forms and institutional variations compete around the world in terms of best serving their countries and citizens. What it means to best serve the citizens is, however, a matter of broad interpretation and so the disagreements persist. COVID-19 pandemic created a new metrics for comparison of governments’ performance – the metrics of human deaths, or, alternatively and as we pursue it here, the metrics of the speed of government response in preventing human deaths through policy adoption.

Our sustained hypothesis here is that institutional and government systems with large authority redundancies -- such as independent agencies or even multiple selected policy authorities -- are more likely to generate a quick policy response than systems with centralized policy authority. We explore the comparison of democracies and autocracies as higher- versus lower-redundancy policy mechanisms elsewhere.

In times of crisis management or emergency response, many cooks may be better than few. This is because they can essentially correct each other’s mistakes. 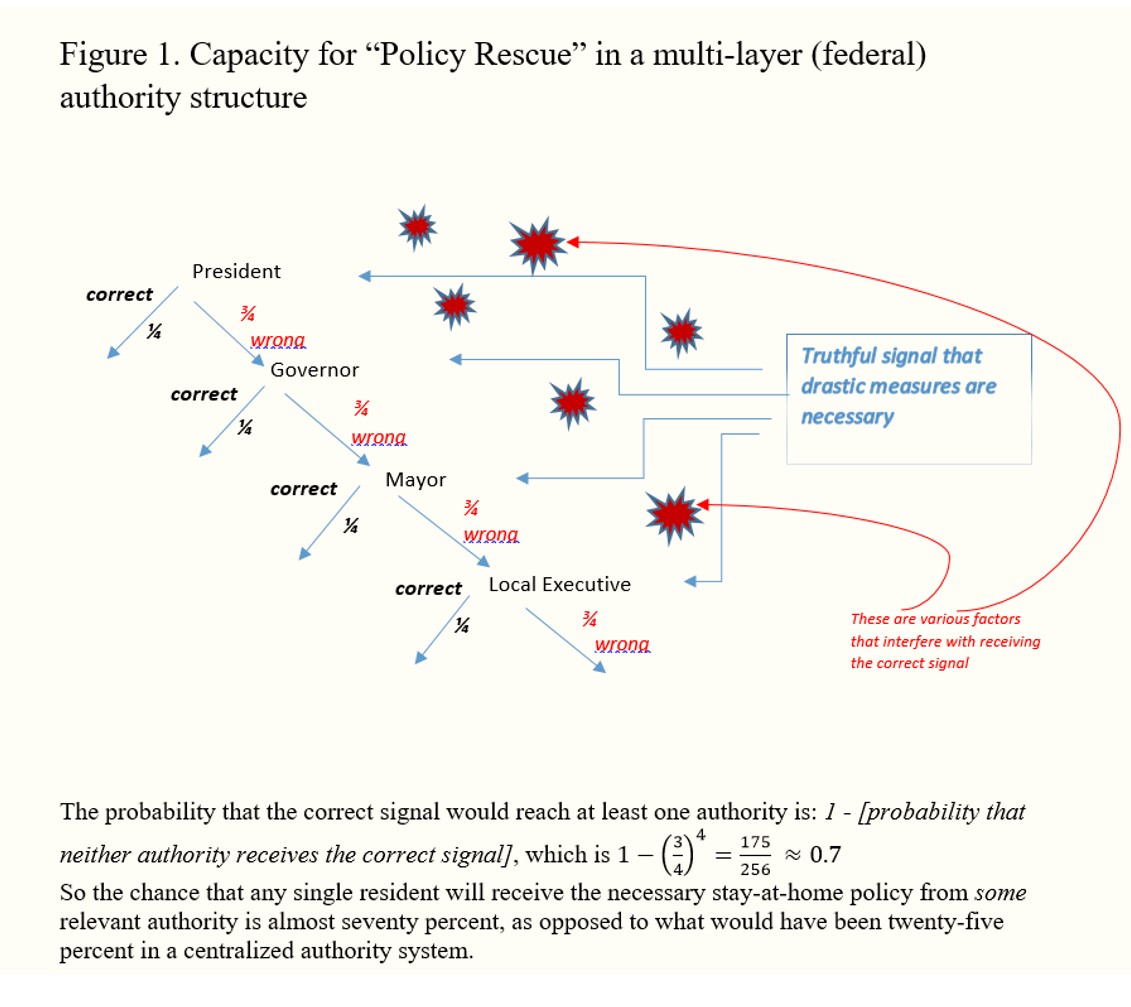 Links to our COVID-19 publications: