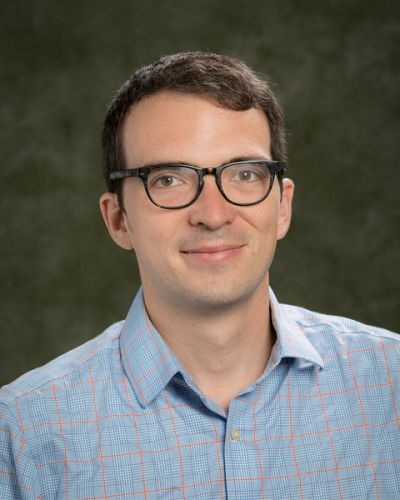 John Kuhn is a specialist in seventeenth-century English literature and history. At Binghamton, you can find him teaching the English department’s big Shakespeare lecture, as well as classes on early modern drama, the colonization of the Americas, and the period’s beautiful, varied and often vexing poetry.

Professor Kuhn’s first book, Making Pagans: Theatrical Practice and Comparative Religion in Early Modern England, is under contract with the University of Pennsylvania Press. The book focuses on the crazy, special-effects-heavy scenes of "pagan" religion (altars, idols, conjurors, group suicides, triumphal parades) that audiences loved to see in seventeenth-century plays, and shows how the peculiar institutional practices of the theater — particularly its tendencies toward reuse and material thrift — shaped the quasi-ethnographic information about "paganism" that these set-pieces provided to audiences. You can find a sampling of this project in a recent essay in Early Theatre. Kuhn has also published a group of four essays on a wide range of topics relating to the work of the seventeenth-century English poet George Herbert, with whom he has a long-running love-hate relationship. Two more essays, both on Herbert’s later reception, are in the pipeline.

At present, Kuhn is at work on two larger projects: first, a somewhat messy group of essays about indigenous technology in early modern Europe, including an article on feather-work in English plays (forthcoming), a large-scale history of the hammock’s indigenous origins and post-Columbian global diffusion (with Marcy Norton), and an essay about the collision between birchbark canoes and European waterpower technologies in the seventeenth-century Haudenosaunee borderlands (where Binghamton is located today). Second, he is working on some essays about the theater of the very early 1660s, focusing on the question of how and why certain pre-war theatrical forms were revived after the English Civil War.