The 1619 Project examines the legacy of slavery in America.

Partnering with community-based organizations, the New York State Commission on African American History will bring New Yorkers together through events, cultural programming, scholarly research, and other activities that promote a greater understating of the history and achievements of African Americans throughout the State.

Anne Bailey, professor of history and director of the Harriet Tubman Center for Freedom and Equity, discusses Binghamton University's commitment to human rights.

Prince Charles has reportedly called for the history of trafficking by slave traders of African people to be taught as widely as the Holocaust in Britain.

According to reports, the Prince of Wales believes the gap in Britons’ knowledge regarding the transatlantic slave trade must be bridged.

A video from DHR as we explore Juneteenth, the struggle for African American civil rights, and the valuable work of New Yorkers today to eliminate discrimination.

The Tubman Center’s road to justice and reconciliation

Center addresses structural inequities on campus and beyond. The collaborative effort to create lasting change is the heart of Binghamton University’s Harriet Tubman Center for Freedom and Equity, directed by History Professor Anne Bailey and Associate Director Sharon Bryant, also the associate dean of diversity, equity and inclusion for Decker College of Nursing and Health Sciences.

Between 1760 and 1860, more than 1.2 million enslaved men, women and children were sold in the United States. The wealth of a nation was built on the trade of people – of slaves –  yet most of us know very little about these auctions or the people who were sold there.

Sadik’s talk over Zoom, titled “Developing the Next STEM Leaders in the Age of Diversity, Equity and Inclusion,” is the first speaker in this year’s Harriet Tubman Center for Freedom and Equity annual speaker series, the theme being “Rethinking the Future: Lessons from the [COVID-19] Era.”

Some American descendants of enslaved people and others whose ancestors profited are using online portals to collaborate and reckon with their shared family pasts.

Anne Bailey, professor of history and director of the Harriet Tubman Center for the Study of Freedom and Equity, was featured in a BBC News article about grim echoes of history in images of Haitians at the US-Mexico border. Bailey explained that while the images are “difficult regardless of history,” they are reminiscent of historical ‘slave patrols.’ TOTAL CIRCULATION:  Over 67.5 million. 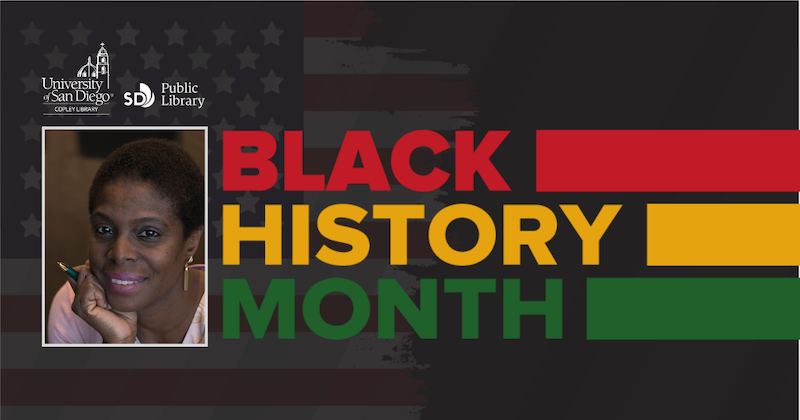 Reconciling 1619 and 1776 in American History: The Debate over the Soul of a Nation
San Diego Public Library Foundation & Library Shop

Slavery Reparations Bill HR40 being proposed by US Congress (Radio Interview)
Online for 7 days as of April 14, 2021

Interview Podcast: The US Congress will take a historic step today as a congressional committee is set to vote on a slavery reparations bill (FM4 Interview with Dr. Anne C. Bailey)
Available for 30 days as of April 14, 2021

Is it time for the US to pay reparations for the legacy of slavery?
Chicago Tribune

To create a new future, you must first come to terms with the past.
BingUNews

That’s why the Harriet Tubman Center for Freedom and Equity is embarking on a new initiative: a Truth and Reconciliation Commission that will look at issues of race on the Binghamton University campus, listen to voices that too often go unheard and make recommendations for Binghamton’s future.