Dr. Nicole Sirju-Johnson serves as the Assistant Vice President for Diversity, Equity and Inclusion and Director of the Multicultural Resource Center at Binghamton University. She is originally from Brooklyn NY where she graduated Valedictorian from George Westinghouse High School in 1993. She earned her Bachelor of Science degree from SUNY College at Brockport in 1997 before attending Binghamton University for graduate school. She holds a Masters in Public Administration (1999) and a PhD in Political Science (2011). She has served the university as an Assistant Director of Undergraduate Admissions and as an Instructor of Record for Political Science. She currently teaches in the Student Affairs Administration Program in addition to her MRC responsibilities. Within the MRC, Dr. Sirju-Johnson currently serves as the primary cultural competency trainer. She is also the founding advisor for the Binghamton University chapter of the NAACP and supports development of broad-based faculty, staff and student diversity recruitment and retention initiatives on campus.

Tanyah Barnes is a native Floridian and member of Delta Sigma Theta Sorority, Inc. She has a Bachelor of Science in Business Administration with a concentration in Computer and Information Science from University of Florida (2005) and a Master's of Education from University of South Florida (2009). Prior to coming to the MRC, Tanyah worked as graduate assistant in Fraternity and Sorority Life and Dean for Students Office at University of South Florida, and as resident director, Educational Opportunity Program residential counselor, web developer, graduate recruitment assistant and diversity fellow at Binghamton University.

Tanyah currently serves as Associate Director of the Multicultural Resource Center where she oversees the day-to-day operations of the center including its resources, programs and initiatives and support of the multicultural student organization community.  Tanyah supervises the MRC Office Manager and Student Managers, serves as advisor of the National Society of Leadership and Success and the National Association for the Advancement of Colored People Binghamton Chapters and supports communications and marketing initiatives for the Division of Diversity, Equity and Inclusion. Her passions are body positivity, inclusive access, student activities, advising, leadership & student development, technology (social media, web, marketing and branding) and transition programs. In her spare time, she freelances as a graphic designer for Noelle Ivey Designs and serves in a number of volunteer roles which include:

You can connect with and learn more about her on social via about.me/tanyahbarnes.

Nuray Seyidzade was born in Baku, Azerbaijan and immigrated to Brooklyn, NY at the age of six. Nuray is proficient in a number of languages including, Russian and Azerbaijani. She received a Bachelor of Science in Human Development and a Master of Science in Student Affairs Administration, both from Binghamton university. During her time on campus, Nuray served in leadership positions for student organizations such as the Binghamton Association of Mixed Students (BAMS), and the Student Affairs Graduate Association (SAGA). Likewise, she worked as a graduate assistant for the Udiversity Educational Institute and as a Program Coordinator for the MRC before moving into her current position as Assistant Director. In the MRC, she provides support for the Asian and Asian American, and International student populations on campus, oversees the MRC undergraduate internship program, and serves as the primary instructor for the MRC CDCI seminar. She also oversees the MRC Culture Squad and student staff hiring process. In addition, Nuray serves as the Translation and Interpretation Program (TIP) Coordinator, a volunteer translation program for the Binghamton University campus and surrounding areas.

In the MRC, Richie Sebuharara oversees programming and collaborations with student organizations, on campus partners and off campus community programs.  Richie provides support to the Black and Latinx student populations on campus.  Richie also supervises the MRC Culture Connector Volunteer Program and advises the Binghamton University chapter of the National Society of Leadership and Success (NSLS). Prior to coming to the MRC, Richie served as a Resident Director in Binghamton’s Residential Life Department. While in Residential Life, Richie served on the Residential Life Training (RLT) committee where he chaired the diversity sub-committee for summer training and was also a member of the Resident Director Selection (RDS) committee. Originally from the Broome County area, Richie graduated from Vestal Senior High School in 2009. Richie went on to complete his Bachelor's degree in 2013 at the University at Buffalo (UB), where he majored in Communication. Upon returning home, Richie worked in the Binghamton community for several years before enrolling in Binghamton University’s Student Affairs Administration Graduate Program in 2017. Richie received his Masters degree in May 2019.

Ejiro Amata is currently the Office Manager at the Multicultural Resource Center at Binghamton University. He began working at Binghamton University in march 2019. He worked briefly as Office Assistant 2 in the office of External Scholarships and Undergraduate Research Center before joining the Multicultural Resource Center team as Office Manager in September 2019. Prior to working at Binghamton University, Ejiro worked at the United Cerebral Palsy Association of Greater Suffolk(UCP) as Midlevel Supervisor from 2004 - 2007, SUNY Downstate Medical Center, Brooklyn from 2007 - 2015, NYS Office of Children and Family Services(OCFS) from 2015 - 2019. 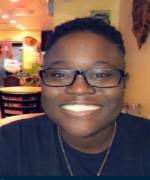 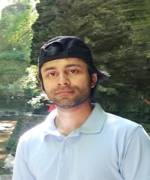