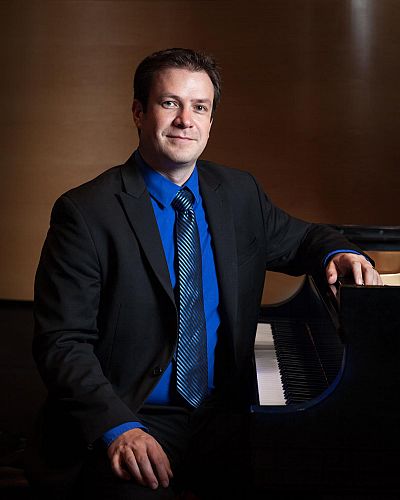 A versatile and accomplished musician, Joel Harder is in high demand as accompanist, pedagogue, vocal coach and chamber musician, having performed throughout Canada, the United States, England and continental Europe. Equally at home in performance of chamber music, song and operatic repertoire, Harder has performed at Alice Tully Hall, the Caramoor Centre for the Arts, Seiji Ozawa Hall, Bishopsgate Hall, and the Beethoven Haus in Baden, Austria. Harder has worked with Maestros James Conlon, Christoph von Dohnanyi and Lorin Maazel, among others. He has been featured as pianist and coach at the Cincinnati May Festival, the Castleton Festival, Highlands Opera Studio, Chautauqua Vocal Arts Program and Los Angeles Opera. During his studies, Harder worked with a number of internationally renowned pianists, including Stéphane Lemelin, Milton Schlosser, Charles Owen, Robin Bowman, Margo Garrett, Jonathan Feldman and Graham Johnson. He received his undergraduate degree from the University of Alberta, a master's degree from the University of Ottawa and a post-graduate degree in accompaniment from the Guildhall School of Music and Drama in London. In May of 2015, Harder received his doctor of musical arts degree in collaborative piano from The Juilliard School. He wrote his dissertation on the songs of French composer André Caplet, for which he received a Presser Award for research at the Bibliothèque Nationale in Paris. Mr. Harder joined the faculty at Binghamton University as assistant professor of collaborative piano in August 2015.