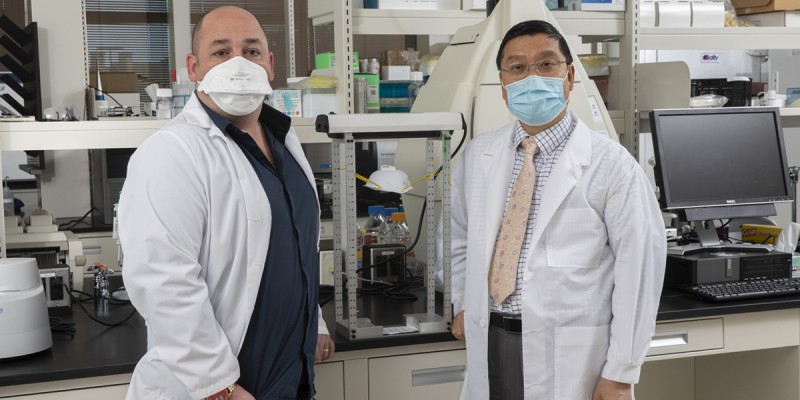 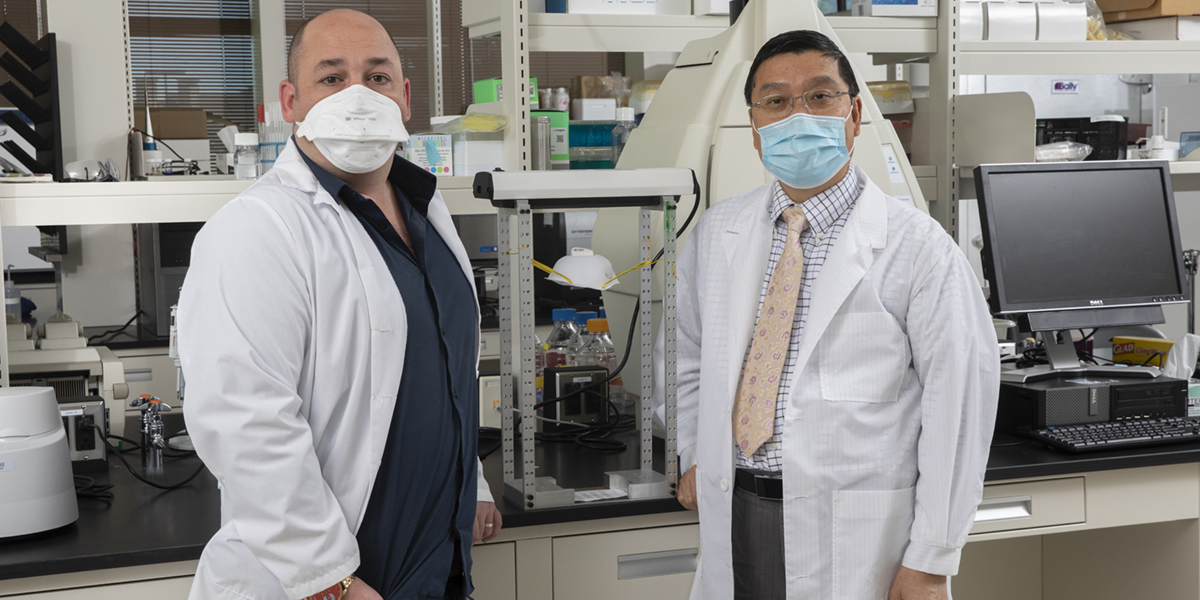 When the COVID-19 pandemic emerged in early 2020, ultraviolet radiation became one of the go-to methods for preventing the spread of the SARS-CoV-2 virus, along with facemasks, hand sanitizer and social distancing.

The problem: There was little research showing what UV dosage kills the virus. What wavelength? How long? And could UV systems be installed in public places such as airports, bus stations and stores without causing long-term damage to people?

In a newly published study, researchers from Binghamton University’s Thomas J. Watson College of Engineering and Applied Science answer many of those questions and lay the foundation for health standards about what offers true disinfection.

The idea for the research came when shortages of personal protective equipment (PPE) early in the pandemic inspired Ye, German and Binghamton University staff members to quickly build UV disinfection stations for hospitals in the region, so that N-95 masks and other items could be reused.

“There is a lot of research on UV dosages in the scientific literature, but not in a systematic way,” Ye said. “When we started this project, there were really no data or experiments that had been done because the pandemic happened very quickly.”

Ye and German received funding to pursue their questions through a mid-2020 grant for $182,728 from the National Science Foundation. The Binghamton team added a retrovirus similar to SARS-CoV-2 to three different media (a cell-culture medium, water and an artificial re-creation of human saliva) and exposed them to three different wavelengths in the UVC range. UVC kills viruses and other microorganisms by damaging their DNA and RNA, which are the bioorganic building blocks for life.

“The disinfection efficiencies are greatly influenced by the media where the virus is,” Ye said. “We used the same dosage, the same light intensity and the same wavelengths when the virus was suspended in saliva, water and a cell-culture medium, but the efficiency was completely different.”

The best results during the study came from a range of 260 to 280 nanometers, which is commonly used in LED UVC lights. Wavelengths below 260 nanometers can be deployed only in unoccupied spaces because they can damage human skin and eyes.

“There are so many companies that are purporting to say their products completely disinfect and are completely safe,” German said. “However, in this article, we demonstrate that both far (222 nanometers) and regular UVC light (254 nanometers) degrade the mechanical integrity of the stratum corneum, the skin’s top layer, causing higher likelihood of cracking. That means nasty bacteria and other microorganisms can get into and potentially infect your skin.”

Based on the results of the research, Ye and German have designed an LED light disinfection system that should cause less damage to human skin. They are doing additional testing before applying for a patent on it.

“We are waiting for the data, and then we are pretty much finished. We know it will work,” Ye said.

Also, the Binghamton team found that two amino acids (L-tryptophan and L-tyrosine) and a vitamin (niacinamide) are strong absorbers of UVC, and that discovery could lead to lotions that would block exposure and prevent skin damage if UVC disinfection becomes more prevalent in public spaces.

Ye believes the most important part of this research is that it offers a scientific basis for standardizing and regulating claims from manufacturers of UV disinfectant devices.

“The system we came up with can become the model for anybody who wants to standardize the dosage,” he said. “This is how to determine the eradication of SARS-CoV-2 using UVC — maybe also SARS-CoV-3, SARS-CoV-4, SARS-CoV-5. We hope we never get there, but we need to be prepared.”