From campus to serving our country

To recognize Veterans Day, we invited alumni who have served in the military to tell their stories. In this month’s newsletter, some alumni veterans share why they enlisted, how they feel about their service and what Veterans Day means to them.

I was commissioned as a military intelligence officer through the Army Reserve Officer Training Corps at Cornell University in May 1989. I traveled from Binghamton to Ithaca twice a week to participate in the program. Binghamton University was a great educational fit for me as I studied Russian and Eastern European history that I thought would prepare me as an intelligence professional during the Cold War.  At Binghamton, I met some of the brightest and most talented people, who have remained close friends 30 years later. 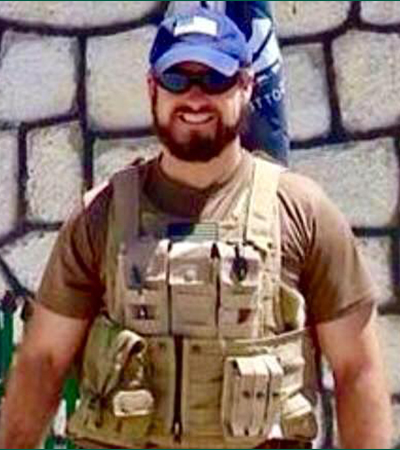 Since joining the Army in 1989, I’ve commanded at all levels from platoon leader to battalion commander. I served in Operation Desert Storm, Operation Iraqi Freedom, in Afghanistan during Operation Enduring Freedom and two tours in the Horn of Africa. I retired from the Army in May 2017 as the senior human intelligence and counterintelligence director for the Combined Joint Task Force - Horn of Africa.

My desire to become a soldier and serve this great country was driven by passion as best described by Gen. Douglas MacArthur’s speech, "Duty Honor Country." I grew up playing soldier and what better way to make a living than jumping out of planes, leading great men and women and visiting incredible places throughout the world.

Since retiring, I work as a counterintelligence special agent for the Defense Intelligence Agency in Washington. I also work part-time as a senior consultant for Global Threat Solutions, a New York-based, veteran-owned-and-operated firm that provides comprehensive investigative solutions and a broad spectrum of security training and consulting products.

I’m an attorney and member of the Navy's Judge Advocate General's Corps or JAG Corps. I served on active duty for four years after graduating from law school at Loyola University New Orleans in 1998, and have remained in the reserve component since then. During my career, I have served as a military prosecutor, legal officer on an aircraft carrier, and an advisor embedded with units deployed to several overseas locations. 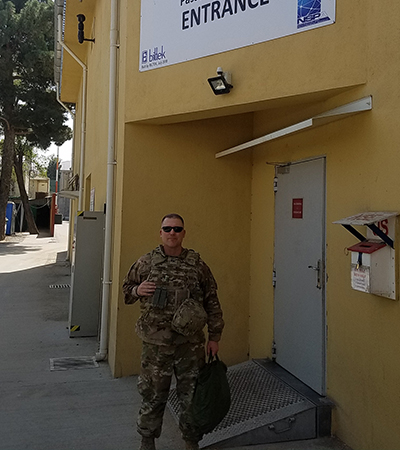 Veterans Day is a solemn day to recall the sacrifices of fellow veterans and pray for the healing of their wounds, both seen and unseen. It also provides an opportunity to remember those who did not make it home. This year, I will be serving in Afghanistan on Veterans Day. While I would much prefer to be at home with my wife and children, it will be a distinct honor to be there serving with my brothers and sisters in arms on that special day.

Twenty-four years ago, I took a test to see if I was qualified to join the U.S. Army. To my senior-high eyes, the result of that test would be the end of my Bronx chronicles and the beginning of my journey, including a trip to Anniston, Ala., and many other destinations. I initially joined as a specialist dealing with chemical, biological, radiological and nuclear explosives. I was also an instructor in a chemical defense toxic agent facility. 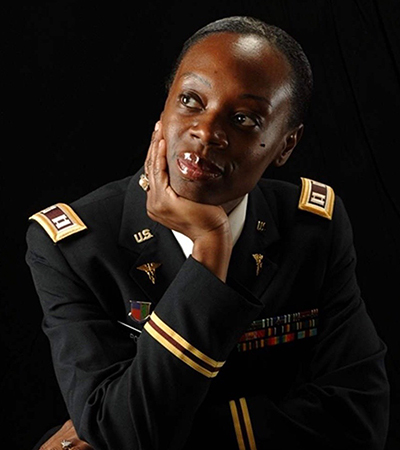 I ended that career and began another in nursing. For the past 10 years, I worked as an Army nurse. My nursing career ranged from surgery to pediatrics to public health to consulting and so much more.

Seven years into my nursing career, I was selected through an Army competitive program to pursue a Doctor of Nursing Practice (DNP) degree at Binghamton University. I was selected chief of preventive medicine, making me the first Army nurse with a DNP to serve in that role. The knowledge and skills I gained as a scholar gave me the confidence to launch my nonprofit Jewel in His Eyes, incorporating DNP essentials into our program [to empower girls and young women to become the healthiest version of themselves in every aspect of their lives by focusing on the pillars of emotional, spiritual, physical, financial and mental health].

Now, as a retired veteran, Veterans Day means so much more to me. Reflecting back, I never would’ve imagined, when joining at 17, that I’d be part of an organization that showed me there’s no limit to being all that I could be.