Alumna supports next generation of neuropsychologists

When Lynn Schaefer ’91 first came to Binghamton, she was a biological sciences major and thought she’d follow a pre-med track. She also had an interest in psychology, which unexpectedly emerged at the forefront.

“What appealed to me about Binghamton was that psychology was rooted in the sciences,” she said. “I took a course in physiological psychology and that changed everything for me. I thought, ‘This is what I want to do’ and I changed majors.”

During a recent visit to campus, Schaefer, director of neuropsychology at Nassau University Medical Center on Long Island, spoke to several groups of students interested in exploring psychology-related career paths. Earlier this year, in recognition of her contributions to the field, members of the American Psychological Association elected her to fellow status. 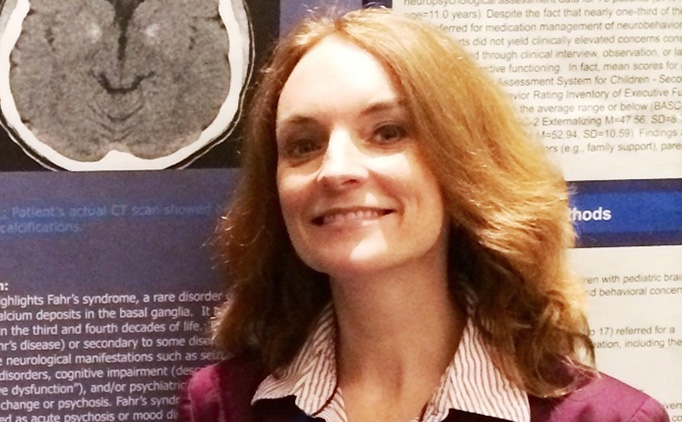 While on campus, she advised students to make the most of internship and volunteer opportunities that allow them to develop people skills. Saying she loved working with the elderly, Schaefer fondly recalled her days as a high school student volunteering as a candy striper for a hospital in Warwick, N.Y. Through the on-campus career center, she landed an internship with the Broome County Office for Aging, which she said was very influential for her career path.

She discussed the tremendous variety in her daily work as a clinical neuropsychologist. With a professional interest in cognition, Schaefer focuses on patients suffering from traumatic brain injuries or dementia. In addition to working with teams of speech, occupational and physical therapists to treat patients, she leads a cognitive skills group and conducts assessments. On a limited basis, she maintains a private psychotherapy practice and conducts academic research.

“No two days are the same in this job, and that’s one of the things I love most about it,” Schaefer said. “You can work full time in a hospital, and also be in a University, or vice versa. You work a lot of hours, but you can do the things you like to do.”

Schaefer also enjoys her interactions with students, which she does both informally — advising Binghamton University students as time allows — and in her full-time job where she interviews students interested in internships and externships, gives academic lectures and supervises graduate students in clinical psychology.

“Most rewarding are the undergraduate — and even high school — students whom I introduced and turned on to neuropsychology,” Schaefer said. “I didn’t have the benefit of learning about neuropsychology so young, but some of the students I’ve mentored have stayed in touch and gone on to apply for and attend graduate programs in neuropsychology.”

“I love knowing that I help mold the field’s future by attracting and encouraging promising and motivated students. Even if they don’t ultimately go into neuropsychology, I feel privileged to have helped them make career decisions that will hopefully enrich their lives.”

Want to pay it forward and help a current student? Learn about the many ways you can volunteer and share your experiences and expertise. It absolutely makes a difference!