In order to ensure the safety of students, staff, and our community, all consultations will be hosted through Zoom. Appointments can be made through Starfish. Additional meeting times can be scheduled by contacting your consultant directly

At the Critical Thinking Lab, you can expect an individualized session with a trained critical thinking consultant for help with any argumentative writing assignment.

We are here to develop your best thinking. Whether you are a beginning student or advanced, the Critical Thinking Lab can help you with your essays, summaries, formal arguments, speeches, presentations, and application materials. We recognize that critical thinking takes many forms—writing, speaking, listening—and occurs at all stages of the creation process—questioning, analyzing, brainstorming, synthesizing, outlining, articulating, and revising. Visit us, and we'll think about your work together.

Think out-loud in a face-to-face consultation via Zoom.

Use Starfish to schedule your consultation.  You can access Starfish from the MyBinghamton page under "Useful Links" on the Left-Hand side.

How to Make the Most of Your Consultation 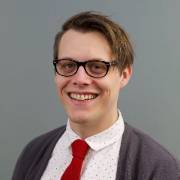 A Ph.D. candidate in the Social, Political, Ethical, and Legal (SPEL) Philosophy program at Binghamton University. While his primary research areas are within these spheres, he also has a keen interest in the philosophy of religion, the intersection of religion and politics, and the philosophy of literature. James' current work focuses on the ways in which the concept of toleration is understood, both in the popular social-political imagination and within social-political philosophy. In particular, he is interested in examining how society sets limits on what is tolerable, how one ought to respond to those things which one finds intolerable, and the role that the concept of toleration plays in determining individual and collective social/political conduct in the public sphere. He has taught numerous courses at Binghamton and elsewhere, including Introduction to Philosophy, Introduction to Political Philosophy, Introduction to Ethics, Medical Ethics, Methods of Reasoning, World Religions, and Contemporary Moral Problems. He has also served as a teaching assistant for Law and Justice, Descartes, Hume and Kant, and Elementary Logic. When not working at the lab or working on his dissertation, James enjoys reading crime fiction, fiddling with electronics and audio equipment, and moonlighting as the announcer for the local roller derby team.

Our consultants are undergraduate Philosophy and/or PPL majors with special training in critical thinking pedagogy. They are experienced, curious, and excited to work with you. 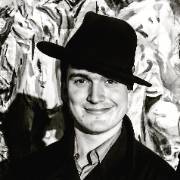 A Senior studying Philosophy, Mathematics, and Judaic Studies. Though interested in materialism and humanism across many historical schools of philosophy, Adam has mostly focused on Ancient Philosophy in academic courses. After graduation, Adam is interested in further academic study in either philosophy or mathematics, or possibly pursuing a career in law. Outside of academics, Adam is also a fencer and the captain emeritus of the Binghamton University Fencing Club. Courses in which Adam has excelled include:
Chloe Cairncross 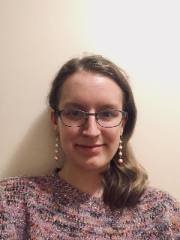 A sophomore double major in Philosophy and Math, as she sees Philosophy and Math as two forms of the same discipline. Her interests in philosophy lie in existentialism and the evolution of cultural norms through history and language. She is an academic writer as well as a creative writer, having written stories centered on philosophical ideas, for example, Absurdism. She is also interested in exploring philosophical ideas through literature and storytelling. Classes in which Chloe has excelled include:
Samson Goldberg 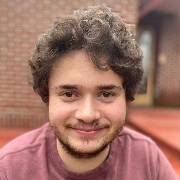 A senior studying Philosophy, Politics, and Law (PPL) with minors in History and Religious Studies. He has thrived and excelled in a wide variety of philosophy and humanities courses, including some that are at the core of both the Philosophy and PPL majors. Samson’s primary interests lay in both legal, ethical, and political philosophy and the study of religion, and interaction between the two; indeed, he is currently participating the Philosophy Department’s Pell Honors Program where he is a writing a thesis focusing on the significance of religious influences and motivations on contemporary political philosophy. Classes in which Samson has excelled include:
William Jones 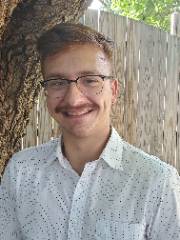 A junior double majoring in Mathematics and Philosophy. He is currently a TA for Elementary Logic, and has a penchant for exotic metaphysics and epistemology, especially at the limits of formal reason. He is also Vice-President of the Binghamton Outdoors Club and enjoys taking very, very long walks in the woods.
Anne Moruzzi 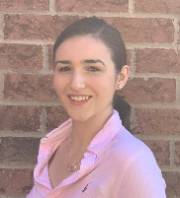 Is in her third and final year, majoring in Philosophy, Politics, and Law with a minor in Biological Anthropology. Her philosophical areas of interest include political and legal philosophy with an eye toward bioethical issues. After graduating, Anne plans to attend law school and intends to pursue a career in health law. She is currently a TA for PHIL 201- Plato and Aristotle. Courses in which Anne has excelled include:
Kat Sanders 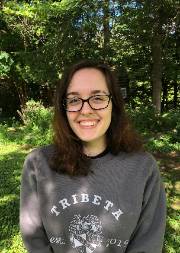 A senior double majoring in Biological Sciences and Philosophy and minoring in Environmental Studies. Their main areas of philosophical interest include ethics, epistemology, and logic. They are particularly passionate about environmental ethics. After graduating, Kat plans to attend graduate school to perform environmental biochemistry research on bioremediation technology. Outside of class, Kat serves as Vice President of TriBeta Biological Honor Society and as Historian of Binghamton’s Pre-Veterinary Society. In their free time, they enjoy reading, writing, drawing, hiking, and hanging out with animals. Courses in which Kat has excelled include:
Return to Top