Accounts of wildlife encounters, anecdotes, stories, and tales of the Nature Preserve will be posted here. Each will be posted as they come up. Check back frequently!

If you wish to have a story or pictures posted, e-mail Dylan at naturepr@binghamton.edu. Please keep stories clean and limited to two or three paragraphs.

A fisher has been sighted several times in CIW and in the Nature Preserve. Fishers are the largest weasel in the area. After being absent from much of NY, they have been returning to the southern tier, and first appeared in our Nature Preserve in the 2000's. 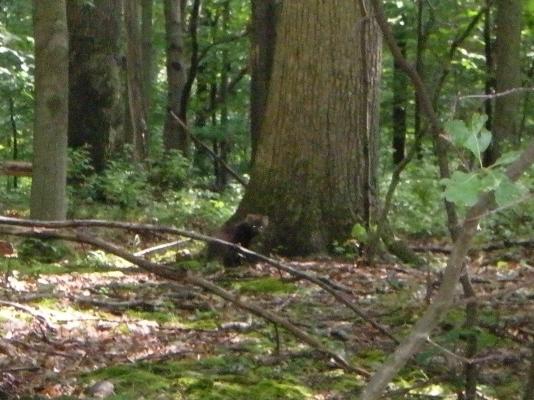 A common hawk seen along highways or soaring, but sometimes they visit our wetlands. 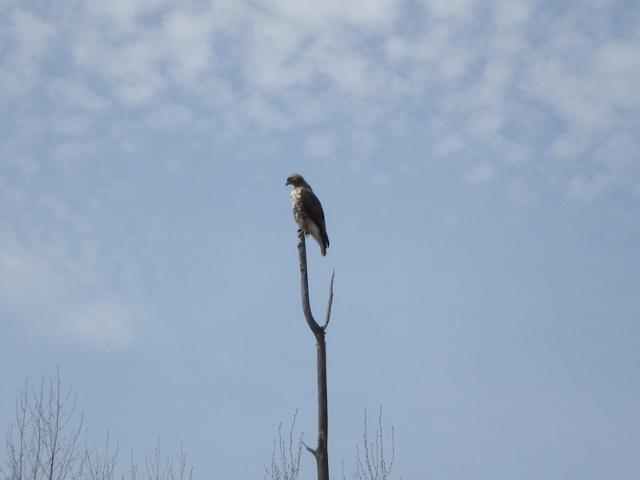 May 2010: An Orchard Oriole was spotted by Nancy Morgan. And there are pictures! This bird was spotted on the Marsh Trail where we normally see Baltimore Orioles which are more yellowish orange instead of the deep rusty orange/brown of the Orchard Oriole. Thank you to Nancy for permission to post her pictures of a beautiful bird. (Sadly, Nancy passed away Nov. 2013, She is missed my many, R.I.P.)

November 2008: New Porcupine Video: Courtesy of Sal Ingrassia. From our Bunn Hill Creek hike. We were lucky enough to stumble upon the porcupine who probably didn't feel so lucky itself.

February 2008: We've had a great series of porcupine hikes. Only a small percentage of porcupines spend winters in trees, but because the Nature Preserve lacks denning habitat (they prefer rocky outcroppings), we get a greater chance of finding porcupines in the winter. February 16th, we found one porcupine resting in the sun in the top of a hemlock (the preferred food in winter in our population.) There were many tracks in the snow from foxes, mice, shrews, squirrels, deer, mink, and Fisher(!).

March 1st, we found two porcupines. The first was the same one from Feb. resting in the same spot in the same tree. The second was a large individual who woke up and walked along his perch for us and then hid in some branches. The individuals were probably males, since females are more likely to have sought out dens elsewhere to gestate their porcupettes (baby porcupine.) Sal was able to get some pictures (thanks Sal.) Below are the pictures.

Can you see the chewed bark in the pictures above and below?

"What's the ruckus?" Waking up, checking us out...

...and deciding to move into hiding. Then again it could have been getting hit with falling snow that caused him to leave. (see video)

The deer enjoy hemlock as well. A little too much. Here's how we get browse lines.

The deer are neat to see in the winter even though they eat everything.