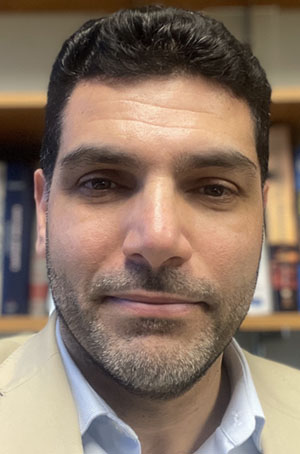 Mohammad Younis received a PhD degree in engineering mechanics in 2004 from Virginia Polytechnic Institute and State University (Virginia Tech). From 2004-13 he served as an assistant and then as an associate professor of Mechanical Engineering at Binghamton University, State University of New York.

Younis's research focus is designing and inventing devices of distinctive characteristics and superior performance for variety of applications, including health, domestic and industrial. His research focuses on the utilization of the mechanical and motion aspects of microstructures in multi-physics fields. Younis works on designing, modeling, fabricating, and characterizing smart micro and nano devices and structures.

Mohammad Younis is the recipient of a 2009 NSF CAREER award. He holds several U.S. patents. He published a book by Springer on 2011 titled "MEMS Linear and Nonlinear Statics and Dynamics." He serves as an associate editor of Nonlinear Dynamics, Journal of Computational and Nonlinear Dynamics, Journal of Vibration and Control, and Meccanica. He is a member of the American Society of Mechanical Engineers ASME and IEEE.