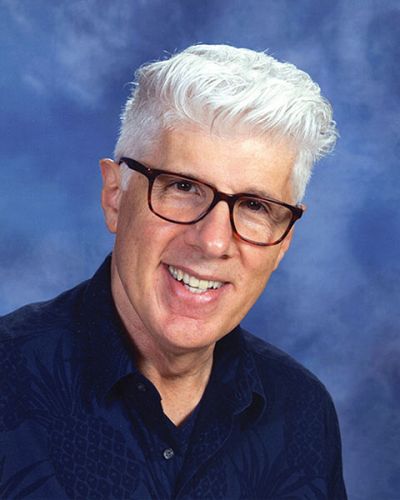 Peter Sicilian is committed to nurturing the careers of young singers through his work as a voice teacher and dramatic coach, focusing on developing healthy vocal technique through breathing, body awareness, communication and stagecraft. His vast stage and directorial experience inform and influence his present teaching style.

Currently on the faculty of the Theatre Department, Sicilian gives singing lessons and teaches a Musical Theatre Singing class. In this class he provides students the opportunity to develop their unique expressive singing skills! Each class is a journey in exploring techniques used for healthy vocal production through the discussion and study of posture, breath, tone production, diction, phrasing, interpretation, performance practice and musicianship.

Sicilian began his career as a vocal coach/accompanist with special studies under the renowned Boris Goldovsky and Arthur Lessac. He then pursued vocal studies with Carmen Savoca, Peyton Hibbitt, Duane Skrabalak and Armen Boyajian. He performed leading roles from Opera to Broadway with a repertoire that includes over 40 roles in five languages. He has performed with various regional companies throughout the United States and Italy. In 1984 he joined the Tri-Cities Opera Company as Stage Director of their outreach program, Opera-Go-Round, and from 1998 to 2010 held the position of Co-Artistic Director/Stage Director of the company, as well as the head of its Resident Artist Training Program.

As a stage director, Sicilian has produced theatrically vivid and musically inspiring operas that have enhanced and broadened the appeal of a musical arts experience on the national opera scene. He has received accolades for his direction of My Fair Lady, Camelot, South Pacific, and in opera The Magic Flute, Madama Butterfly, Faust, Don Giovanni, The Barber of Seville, Carmen, The Merry Wives of Windsor, Hansel and Gretel, The Elixir of Love and La Boheme with Tri-Cities Opera. Mr. Sicilian has directed over sixty theatrical productions. His directing style has been described as "inventive but unobtrusively natural." He also received critical acclaim for his direction of the 2003 National Opera Association Award winning production of Rigoletto.

Sicilian has also developed a program titled Speaking for Success - "Is Your Message Being Heard?", where he conducts seminars and workshops designed to help teachers, students and public presenters to use their speaking voice more effectively. He presently serves on the faculty of SUNY Broome Community College as a full-time Adjunct in the Music Department. He also serves as Music Director and organist at St. Anthony of Padua Church in Endicott, New York, and has maintained a private voice studio since 1980. His students have gone on to sing professionally throughout the United States and Europe.