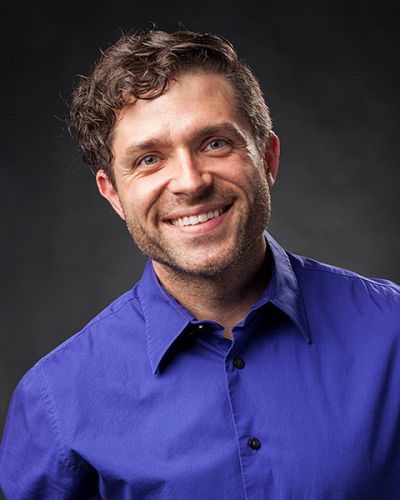 Tommy Iafrate is a stage director, musical director, arts educator, and musician who is thrilled to engage in these many passions as the Director of Musical Theatre at Binghamton University. He has directed and music-directed productions around the world, and continues to freelance in these arenas outside academia.

In 2018, Iafrate was a guest Musical Theatre Director in Residence at the Beijing Dance Academy in China, and previously toured several cities in China. As an instrumentalist, he performs on piano, saxophone, clarinet, flute, and oboe. He is also a proud member of the Musical Theatre Educators Alliance, the Honor Society of Phi Kappa Phi, the Golden Key International Honour Society, and the Stage Directors and Choreographers Society.

Iafrate currently serves as the coordinator of the Musical Theatre Intensive (MTI) for Region 2 of the Kennedy Center American College Theatre Festival and has attended several national festivals at the Kennedy Center in Washington, D.C., including as a mentor and music director for MTI and as a directing fellow through the SDC Directing Initiative. He holds an MFA in directing from Western Illinois University and a BA in musical theatre and in physics from Rhode Island College.