Honoring the Onondaga Nation and the Three Sisters: University to plant garden space on May 4 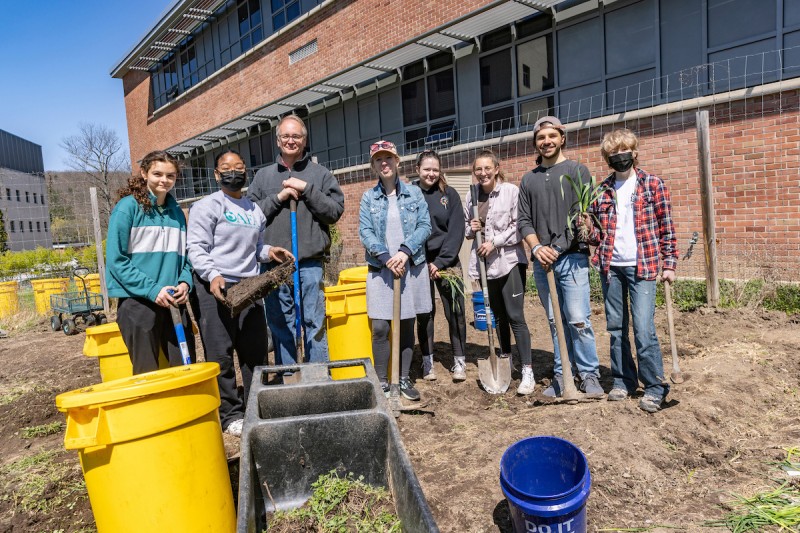 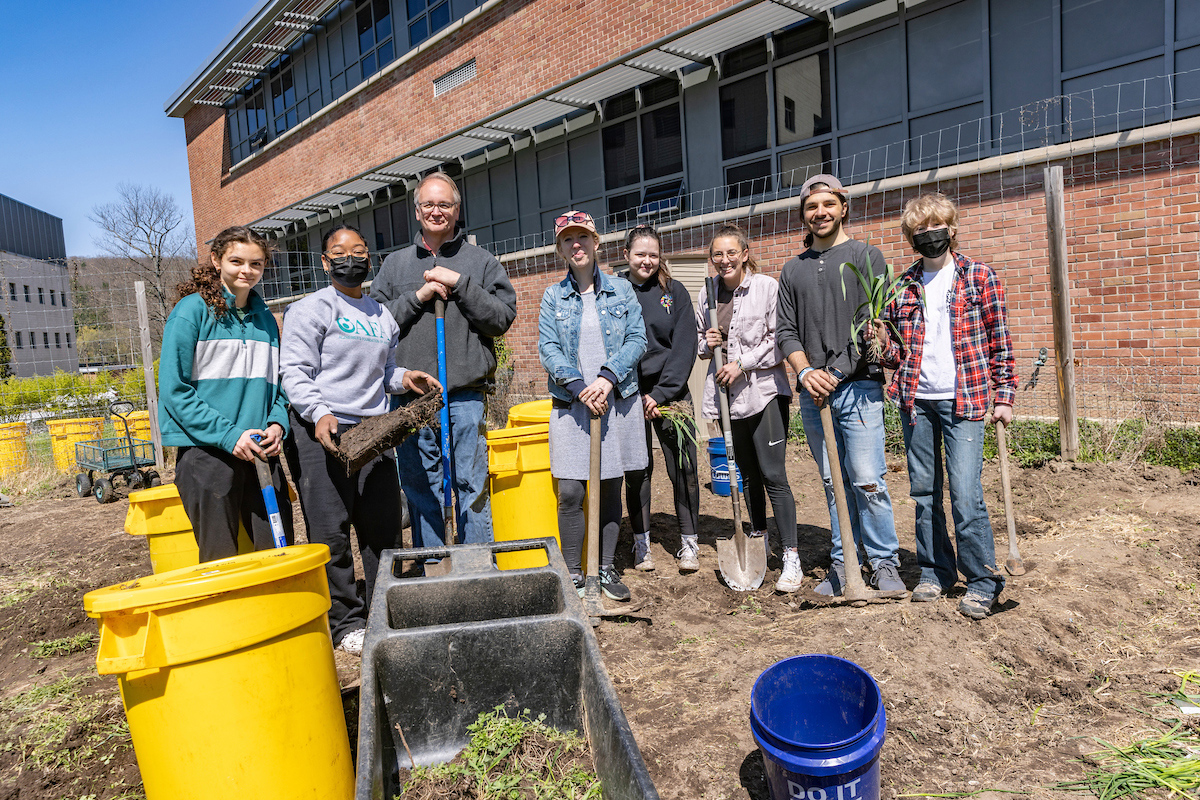 Known as the Three Sisters, corn, beans and squash comprise the staples of life for the Haudenosaunee, the Indigenous peoples of New York state. But they’re more than just food; the plants are also sacred and included in the Haudenosaunee creation story.

Binghamton University, in partnership with the Onondaga Nation, is creating its own Three Sisters Garden that will honor the Indigenous peoples who call this land their ancestral home. The site in the Science I courtyard is currently home to a vegetable garden planted years ago by the late Environmental Studies Associate Professor Richard Andrus.

The project was created in consultation with Angela Ferguson, Eel Clan of the Haudenosaunee Confederacy, who supervises the Onondaga Nation Farm, located just outside their territory in Central New York. The 13-acre farm has produced enough food to feed the Onondaga nation for five years, noted Assistant Professor of Anthropology BrieAnna Langlie, who is organizing the efforts on Binghamton’s end in collaboration with Barrett Brenton, the faculty engagement associate for the Center for Civic Engagement.

“She’s going to be hand selecting sacred varieties of seeds that are appropriate to here; they are of the Tuscarora Nation, who once inhabited this space right around Binghamton when they first joined the Haudenosaunee Confederacy,” Langlie said of Ferguson.

The Three Sisters are traditionally planted together. The beans help fix nitrogen in the soil, and twine around the corn stalks, which provide a convenient trellis. The corn thrives on the nitrogen provided by the beans, and the squash vines provide a dense thicket that crowds out weeds and retains soil moisture.

“They’re this perfect complement of one another, planted in this traditional way, where they take very little tending and maintenance. And they create a kind of soil harmony, so to speak, because of this biological symbiosis,” Langlie said. “There’s an important biology lesson to be learned from Indigenous knowledge.”

Five mounds, each representing a Haudenosaunee nation, will surround a sixth central mound, Brenton said. Centrally located, the Onondaga are traditionally known as the keepers of the central fire of the six-nation Haudenosaunee Confederacy.

Binghamton’s Public Archaeology Facility and associated archaeology faculty, including Nina Versaggi and Laurie Miroff, have long maintained mutually respectful and collaborative relationships with the Haudenosaunee in their research and public outreach. Nonetheless, the garden will mark the first curricular and on-campus collaboration between the Haudenosaunee and Binghamton faculty and students on something that not only explicitly acknowledges ancestral relationships to the land, but what’s truly special about the historical and contemporary Haudenosaunee relationships to this land in particular, said Professor of Anthropology Joshua Reno.

Langlie teaches a course on traditional agriculture and Brenton on Indigenous knowledge systems; both classes have consulted with Ferguson on projects in the past, and she also has given a talk sponsored by the Sustainable Communities Transdisciplinary Area of Excellence. Brenton and Langlie approached her about bringing a Three Sisters Garden to Binghamton after learning about a similar garden she helped establish at Syracuse University.

The garden will be maintained by volunteers over the summer months. During the academic year, several classes will be involved in the site, from introductory courses in anthropology to Shopov’s history of urban gardening, a Community-Engaged Learning designated course. It will also be an opportunity for residents of College-in-the-Woods to build a relationship with the Indigenous peoples their buildings are named after.

The garden roots in this shared relationship with the region’s Indigenous people, one that goes beyond the land acknowledgement in people’s email signatures. Such one-line acknowledgements aren’t the same as building an actual partnership with native communities, Langlie pointed out.

By establishing this partnership, the garden also symbolizes the upholding of Dutch settlers’ original treaty with the Haudenosaunee, dating back to 1613. This treaty was recorded by the Two Wampum Belt, in which two rows of purple shells symbolize boats traveling alongside one another — the Haudenosaunee canoe and the Dutch ship — as equals.

As a living treaty, “It meant that we respect each other,” Langlie related. “We will live our lives together in peace on these two paths forever.”