The Public Archaeology Facility (PAF) in partnership with the Office of Parks, Recreation, and Historic Preservation (OPRHP) and the Sackets Harbor Battlefield State Historic Site conducted a two-week survey of Horse Island during the summer of 2020. Funding for this project was provided through a grant from the National Park Service – American Battlefield Protection Program (NPS-ABPP). ABPP funds for this project allowed researchers to conduct a detailed historical and military terrain analysis of Horse Island using primary records and period maps to identify the defining landscape features associated with the military landscape. Archaeologists used the results of this landscape analysis to create a predictive model for archaeological/geophysical testing. The goals of this testing were to collect data to support a more informed assessment of Horse Island, to identify defining military features, and to refine the boundaries of this military landscape. The results of this study will be used as a blueprint for future archaeological research, and as the first step in developing a long-term preservation strategy. Achieving these goals will aid in placing Horse Island into the greater military landscape of the Sackets Harbor Battlefield.

The plans for the 1813 campaign season, dispatched from the Secretary of War, John Armstrong, called for a concentrated offensive against Kingston, York (Toronto), and the Niagara Peninsula. General Henry Dearborn recruited the regional regiments and militia for the campaign at the western end of Lake Ontario. Brigadier General Jacob Jennings Brown was left in command of the defense of Sackets Harbor made up of mainly inexperienced state militia and volunteers. On May 29, 1813, British Governor-in-General, Sir George Prévost, and Commodore Sir James Lucas Yeo took the opportunity to hastily organize a counterattack from Kingston against Sackets Harbor with Capt. Isaac Chauncey’s fleet far to the west. The British goal for this attack was to recover captured military supplies and destroy the USS General Pike, under construction in the naval shipyard. 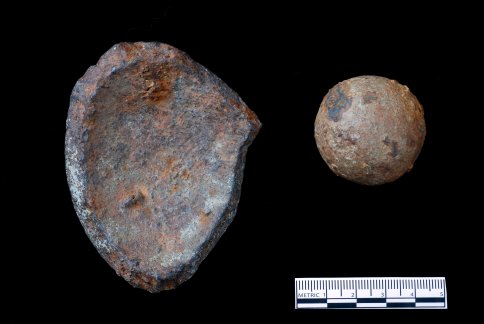 Horse Island is an important part of the battlefield landscape and played a vital role in the action of May 29, 1813. The British fleet was initially stationed off the western side of Horse Island. The greatest threat to the fleet was a 32-pound cannon, part of Sackets Harbor’s coastal defenses at Fort Tompkins, which required the landing to occur out of sight of the fort. On the evening of May 28, the Albany Volunteers were placed on the western side of Horse Island with a single six-pound field piece to oppose any landings. The initial attempt by the British to land on the western side of Horse Island was met by a stout defense of rifle and artillery fire. The British bateaux and supporting gun boats were forced to the north and east sides of Horse Island to land the assault force. This placed the landing boats within the field of fire of the coastal defenses which were able to cause some damage to the British force. As was planned, the militia made a fighting retreat across the causeway to the mainland. The militia positioned themselves on the shoreline and awaited the British assault force as they crossed the causeway and fired several volleys from the tree line before again retreating towards the village. 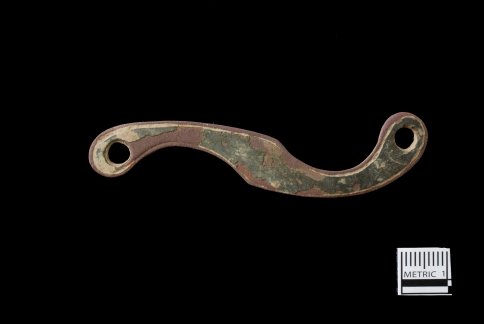 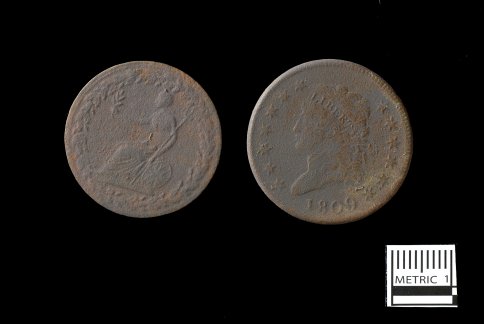 PAF surveyed 15,580 m2 (167,702 ft2) or 1.56 ha (3.85 ac) using geophysics, metal detection, and subsurface testing. Geologists from Binghamton University conducted a magnetometer and GPR survey in the open hay field in the center of the island. Archaeologists recovered numerous artifacts related to the military occupation and the opening stages of the battle. The assemblage contains primarily architectural artifacts (primarily nails [wrought, cut, wire]). The recovery of wrought and cut nails can be associated with the 19th century occupation of Horse Island. However, they cannot be definitively attributed to either the military or civilian occupations. Other materials recovered include clothing, food-related items, transportation/mechanical items, and tools/arms. 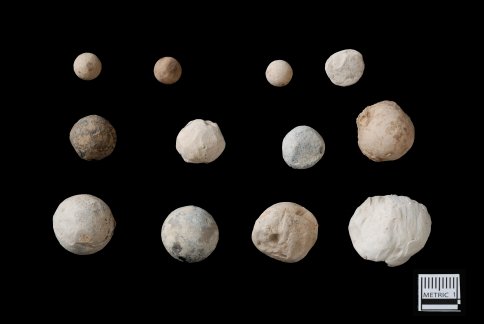 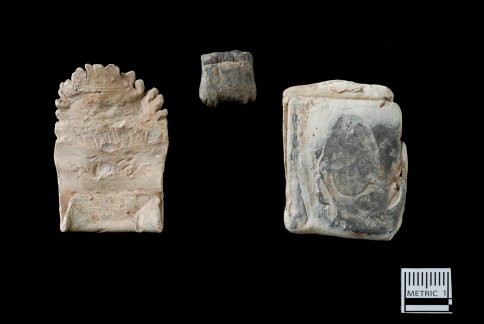 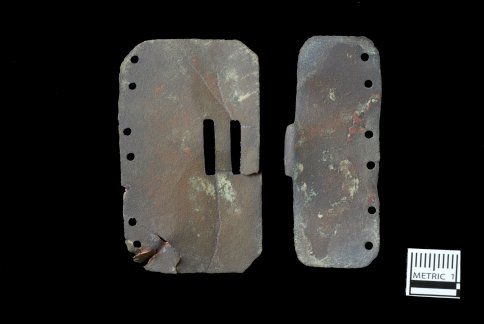 Archaeologists located a concentration of military and civilian artifacts dating to the battle that were interpreted as the possible location of a camp site, a defining feature that is referenced in both British and American accounts. British Capt. Jacques Viger, Provincial Corps of Light Infantry, noted a large camp with tents that British troops pillaged on the way back to their boats during the retreat (Viger 1963). American Brig. Gen. Brown refers to a small improvement where the Albany Volunteers were positioned on Horse Island. Pvt. Kramer, Albany Volunteers, wrote to his wife regarding the loss of clothing and personal items left at the Albany Volunteers’ camp site and later taken by retreating British. No surface evidence of this camp remains.

The information collected from the archaeological survey aided in the assessment of the battlefield’s main defining features. The archaeological integrity of the island is very high, with only limited disturbance from post-battle occupation. Archaeologists were able to collect data that helped address troop movements and positions during the initial stages of the attack on Sackets Harbor. GIS military analysis applications provided an interpretive model of British gunboat firing positions during the approach prior to the troop landings on Horse Island, the American firing positions on the island and their range of fire, the approximate locations of disembarking British troops, and predicted American rifle positions on the main shore flanking the causeway. The Historic Research and Archeological Investigations Project: Horse Island, Sackets Harbor Battlefield (ABPP Grant# P19AP00446) was a successful first step in understanding this valuable historic landscape.