Each apartment includes a full kitchen with a fridge, stove, cabinets, storage area, a living room with furniture and are carpeted. All bedrooms (except super single rooms which have a full-sized bed) include an extra-long twin bed, dresser, desk and closet for each occupant.

The two-person apartment consists of one super-single, one single room, kitchen, common area, one bathroom and a storage room. This style of apartment is also used for family housing.

All apartments are furnished with an extra-long twin bed with drawers underneath, desk, stove, fridge and living room furniture. Apartments are also carpeted.

See some of our room photos here. 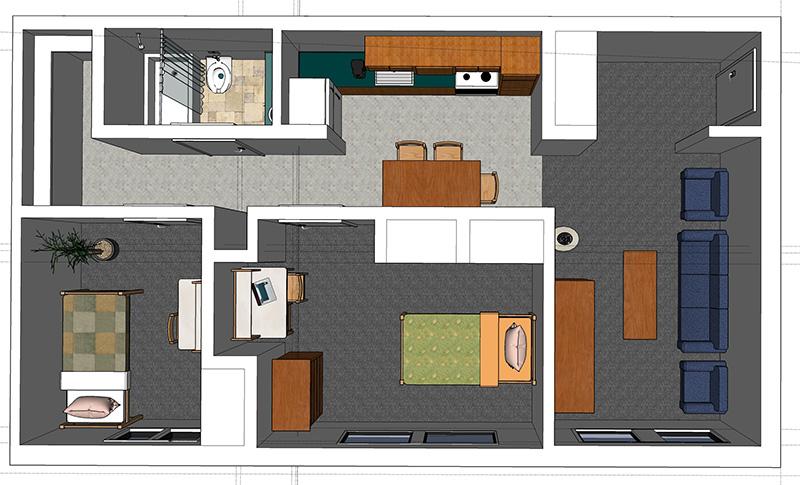 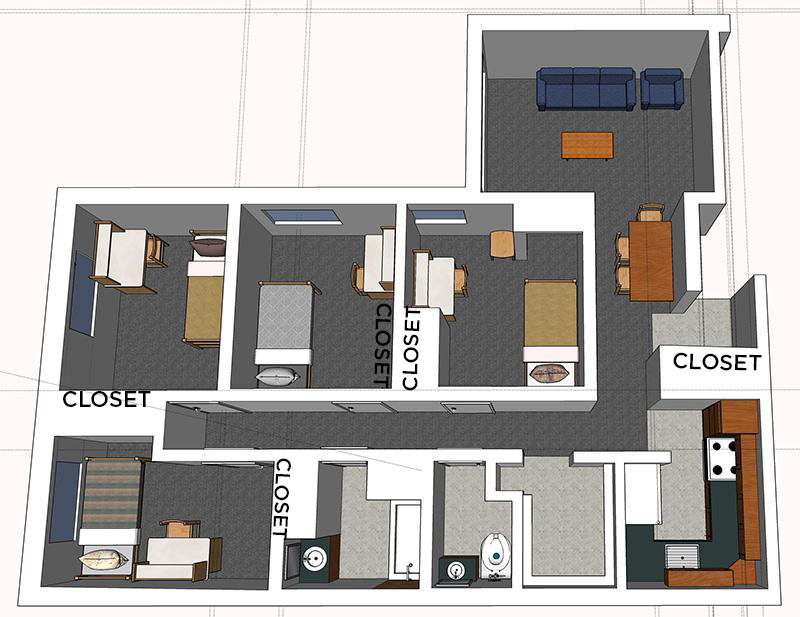