PAF first investigated the 7 Hawley Street project area when an urban shopping mall was proposed for downtown Binghamton, New York in the late 1960s. The mall was never built and nearly 30 years later this area was chosen as the site of a new parking garage by Binghamton Urban Renewal. The 7 Hawley Street project area is in the heart of Binghamton’s early 19th century commercial/residential core and many of the 19th century stores and hotels remained when urban renewal swept through Binghamton in the early 1970s. This area was cleared of its remaining buildings and paved over during urban renewal, but archaeological testing by PAF in 1989 determined that renewal did not destroy many historic building foundations and trash deposits. In 2018, PAF returned to this area for further archaeological work, mechanically removing the fill deposits and exposing and documenting Binghamton’s archaeological past before construction of the parking garage destroyed it forever.

This web report discusses our 2018 excavations for the 7 Hawley Street parking garage project in the City of Binghamton. The history of this relatively small area is complex and encompasses early residential/commercial properties, hotels, saloons, restaurants, a bowling alley, a wood lot, various shops, a theater, and apartments over commercial establishments. The artifacts and foundations archaeologists recovered here speak to various aspects of this history and help us understand how the City of Binghamton changed over the 19th and 20th centuries. 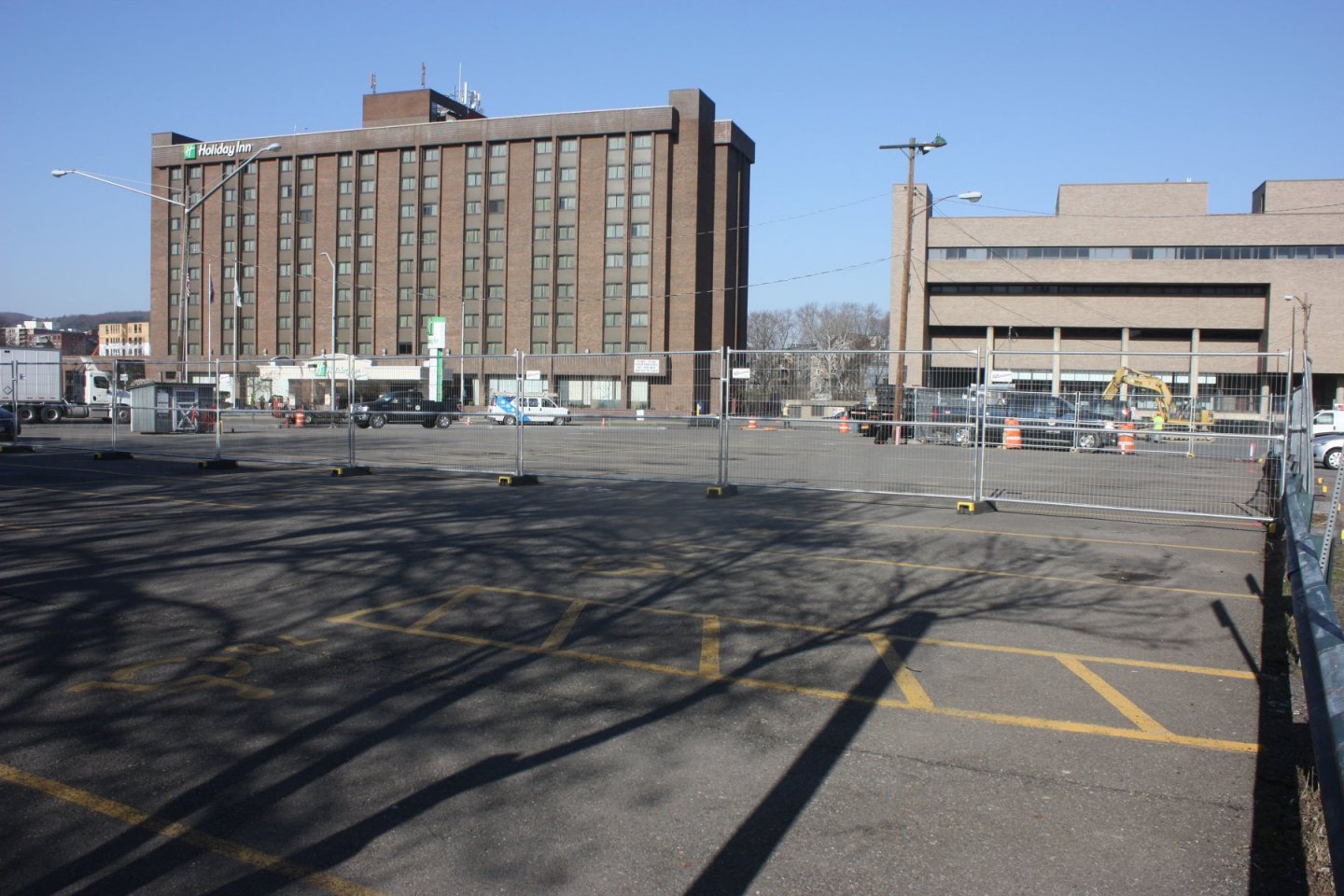